“THE FATE OF THE FURIOUS” 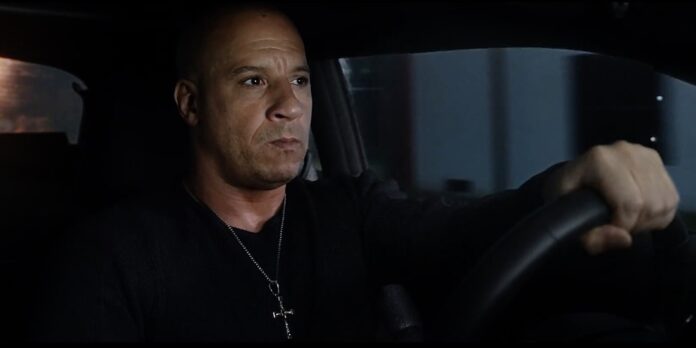 THE STORY – Now that Dom (Vin Diesel) and Letty (Michelle Rodriguez) are on their honeymoon, Brian and Mia have retired from the game, and the rest of the crew has been exonerated, the globetrotting team has found a semblance of a normal life. But when a mysterious woman seduces Dom back into a world of crime that he can’t seem to escape, the crew will face trials that will test them as never before.

​I do not know how they keep on doing it but somehow the cast and crew behind “The Fast & The Furious” franchise keeps on managing to find a way to up the ante with each passing film. I truly felt that “Furious 7” was a perfect sendoff for the late Paul Walker and with that, the series should end. “The Fate Of The Furious” not only proves that this franchise has legs beyond the passing of Walker but also that the formula has not gotten old yet. Half the fun is trying to find out how the cast is going to make you laugh even harder and how the stunts and set pieces are going to blow you away like never before.

Dom (Vin Diesel) and Letty (Michelle Rodrigues) are on their honeymoon in Cuba after Brian and Mia have retired following the events of “Furious 7.” Everything is thrown out the window when a mysterious female terrorist who goes by the name of Cipher (Charlize Theron) approaches Dom and forces him to make the choice to betray his beloved crew/family. With powerful leverage over Dom, she will stop at nothing to acquire what she needs to bend the world to her will. Dom’s crew which now includes Letty, Luke Hobbs (Dwayne Johnson), Roman Pearce (Tyrese Gibson), Tej Parker (Chris Bridges) and Ramsey (Nathalie Emmanuel) must now team with Frank Petty (Kurt Russel), his new assistant Eric Reisner (Scott Eastwood) and an old foe in Deckard Shaw (Jason Statham) Together, they will travel the globe to find Cipher and Dom in hopes of understanding why Dom has turned on them, stop Cipher and bring Dom back home where he belongs.

“The Fate Of The Furious” is insane. Literally, insane. The set pieces are bigger than ever and “Straight Outta Compton” director F. Gary Grey shoots this film so clearly and expertly that despite all of the moving parts, the action never feels too chaotic that you cannot follow what is going on. He also tends to use slow-motion a lot along with some intense sound design to emphasize certain movements, explosions, and punches to the face. All of this though would be for nothing if the story was not any good and luckily, “The Fate Of The Furious” manages to up the stakes to new highs thanks to the film’s villain, Cipher, played by the campy yet wonderful Charlize Theron. While Cipher’s motives outside of world domination are not exactly refreshing, the lengths that she pushes Dom and the rest of the crew through makes her one of the most dangerous and memorable villains this franchise has ever seen. It’s no surprise from the film’s trailer that Jason Statham’s Deckard Shaw is forced this time around to help the crew in stopping Cipher and with how many tie-ins there are to previous films, one wonders if we’ll see Charlize come back to this franchise just as everyone else has since “Fast Five.” These call-backs and tie-ins to previous films are a tremendous amount of fun and add so much to the satisfying vibe that “The Fate Of The Furious” is putting out there to its fans that I won’t spoil them for you here, only to say that if you’re a fan of this franchise, you’re not going to be disappointed.

And that is another thing I truly like about this once previously hated franchise now. I really like how much effort is put in, into tying all of the previous films together through characters and relationships. The most celebrated aspect of “The Fate Of The Furious” is family and even though it is becoming cliche to mention that word again and again when it comes to this franchise, there is no denying the amount of heart that Vin Diesel and the rest of the cast and crew have put into this franchise to make it as good as it possibly can be for its intended audience. Just like how “Furious 7” had a crowd-pleasing moment at the end that sent audiences out with a smile on their face, “The Fate Of The Furious” does the same thing. It’s refreshing to see an action summer blockbuster know exactly who its audience is and give them exactly what they want. So many other mindless action films try to do exactly what “The Fast & The Furious” franchise does but none of them can compare to the confidence and level of heart which is put into making these films.

Tanks. Submarines. Hundreds of cars. Lots of explosions. Lots of fist fights and lots of mentions of family and honor. “The Fate Of The Furious” manages to somehow take this once critically toxic franchise and pushes it to new heights in terms of its scale, its action, its humor and its characters. Had you told me ten years ago that this franchise would be able to turn itself around into one of the biggest blockbuster franchises on this earth, I probably would have agreed with you. However, if you told me that the films would continuously keep getting better and better until the point where you’re dying to see the next one, I would have said you were crazy. What can come next for Dom and his crew? I’m not exactly sure but I’m excited to find out.