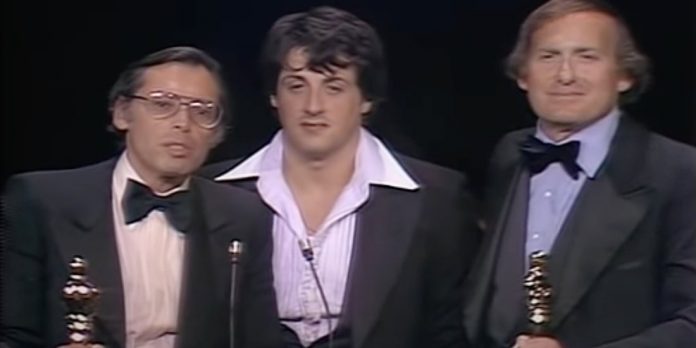 The Academy of Motion Picture Arts and Sciences is having to make decisions as to how they will adapt the Academy Awards since COVID-19 has changed the film landscape of 2020. But as the old saying goes, “the show must go on,” even if the show moves from February 28th to March, April or May. And for the first time, it will include films that have foregone a traditional release and were exclusively streamed. But unlike the Oscars, the U.S. Presidential Election has to stick to its original release date. When the Oscars overlap with an election year, the results vary.

“The Trial of the Chicago 7,” might want to take the opportunity to sit out the Election Year Oscars as it might hit too close to home. “Chicago 7” is about the trial surrounding the riots that took place outside the 1968 Democratic National Convention. Why should they sit this year out? “All the President’s Men” (1976) dealing with the Watergate scandal that led to President Richard Nixon’s resignation was unable to win Best Picture in an election year. Considering the film did win four of its eight nominations, another year may have been kinder.

We continue our look at the Oscar Best Picture winners with the films that won between 1960-1976. With former vice president Joe Biden the presumed Democratic nominee, the parallels to the years below couldn’t be clearer: two Musicals, a classic underdog story, and two tales of the American dream. What might we learn about the type of film that will win in 2020?
​
1976: Jimmy Carter defeats President Gerald Ford
Best Picture Winner: “Rocky”
Also Nominated: “All the President’s Men,” “Bound for Glory,” “Network,” & “Taxi Driver”

An elevated vice president who had never won National Office and a peanut farmer both could be seen as underdogs. Ford, tried to portray himself as an experienced leader while Carter portrayed himself as an outsider. After finger-pointing about Ford’s decision to pardon Nixon, Carter narrowly won the presidency. It’s no wonder the Academy went with an underdog everyone could root for in “Rocky”. Sylvester Stallone wrote the screenplay and fought Hollywood to play the titular character. Stallone and Charlie Chaplin (“The Great Dictator,” 1940 ) remain the only actors to be the sole writer and have starred in the film and received Oscar nominations.

Nixon easily won reelection in a landslide emphasizing the strong economy and his record on foreign affairs. (Little did voters know about the drama to come and the Watergate hotel.) Given the drama-free election year, the Academy selected a tale about the cost of the American dream in “The Godfather”. While the election year was without drama, the Oscars were full of it. Al Pacino boycotted over being nominated for Best Supporting Actor instead of the Best Actor. And the Best Actor winner, Marlon Brando, sent Sacheen Littlefeather to accept in his place. The Academy stopped allowing nominees to send people to accept on their behalf with very few exceptions; most notably, Asghar Farhadi sent Anousheh Ansari to accept Best Foreign Language Film for “The Salesman” (2016) when he wasn’t allowed in the country due to President Trump’s ban.

The election-year of 1968 was full of enough drama to fill several movies. The incumbent, and heavy favorite, Johnson, decided not to seek reelection. Robert F. Kennedy was assassinated while campaigning for the Democratic nomination in California. Add to that the civil unrest after Martin Luther King Jr.’s assassination and the election of a former Veep, Nixon, and the incumbent Veep, Wallace. It was bound to be tumultuous. Nixon was elected on a platform of promising to restore law and order. Ironic that a film about an orphan in Victorian England that’s trained in the art of pickpocketing was the Academy’s pick. Ironic that this would be the last non-American film to win Best Picture for 13 years until “Chariots of Fire” (1981).

Elevated vice president Johnson parlayed the popularity of the Civil Rights Act of 1964 into an easy victory over Goldwater. But that didn’t stop the mud-slinging as the Democrats portrayed Goldwater as an extremist. Considering the political landscape, it explains perfectly how “My Fair Lady” was the Academy’s pick. “My Fair Lady” may take place in London, England, but its underlying idea that you can become the person you want to be with education and hard work is an American ideal.

The incumbent vice president Nixon gave the charismatic Kennedy a run for his money in this close election that saw the first televised debate as the Cold War and the Soviet Union dominated the election cycle. It comes as no surprise after a contentious election that a lighter romantic comedy was the pick of the Academy’s – all be it one with an edge. This would be the last black and white film (in its entirety) to win Best Picture until “The Artist” (2011). Billy Wilder made history as the first person to win the Academy Award for Best Picture, Director, and Original Screenplay.

Do you think this year’s election will play an outcome on the 2020 Best Picture race? Let us know your thoughts in the comments section below or on our Twitter account.