The Oscar Category You Don’t Know About – Best Original Musical 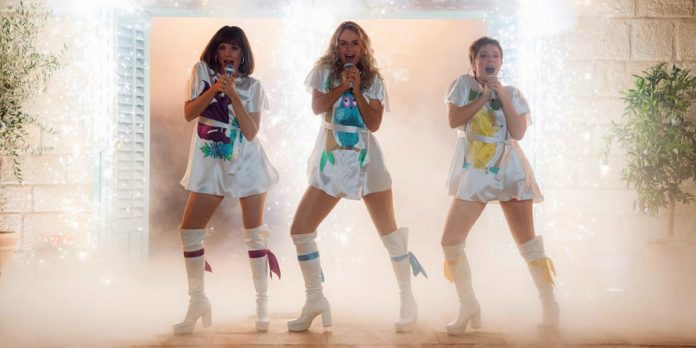 ​Last week, The Academy announced some major changes to the awards, marking the biggest changes in many decades. An Oscar for “Achievement in Popular Film” will be awarded at this upcoming ceremony, though they’ve yet to announce any further details on what they will mean. This, among the other announced changes, are an effort to boost the ratings for the telecast.

There is plenty of justified outrage for this new category as many point out the stupidity of the addition. Among the criticism, many are questioning why a film should be judged in a different category simply based on how much money it makes, or what genre the film is in. All films have an equal shot at Best Picture, so why do we need this category? (See Episode 103 of our podcast for more in-depth discussion).

Of course, we already have other Oscar categories based on genre: Best Documentary Feature and Best Animated Feature. Interestingly, there’s a third such category that is still active and on the books with the Academy: Best Original Musical. It’s existed since 2000 but has never been handed out. While we’re expressing our understandable anger about Best Popular Film, it’s interesting to look at this little-known, never-awarded Oscar for Best Original Musical.

Starting in 1989, Disney began to dominate the category. Between 1989 and 1994, Disney films won four times, only losing twice in that time. In response, the category was split once again by genre in 1995: Best Dramatic Score and Best Comedy or Musical Score. This split did not go over well with the music branch since no other category treated films differently based upon their genre. Funny enough, after the change, Disney only won Comedy or Musical Score once, in 1995 for “Pocahontas.”

In 2000, the Music Branch reverted back to a single category to award film composers: Best Original Score. As a way to still potentially award Musical films in the future, the Academy created a new category: Best Original Musical. It’s been on the books ever since but has never been awarded due to a lack of potential nominees.

According to Academy Rule 15, an original musical is defined as consisting “of not fewer than five original songs by the same writer or team of writers, either used as voiceovers or visually performed. Each of these songs must be substantively rendered, clearly audible, and intelligible, and must further the storyline of the motion picture. An arbitrary group of songs unessential to the storyline will not be considered eligible.”

Those are pretty specific guidelines, defining a sort of film we don’t see very often. We only receive a few musicals in a given year, and often some of those are adaptations. Let’s take 2018 for instance. “Mamma Mia! Here We Go Again” wouldn’t qualify as it doesn’t use any songs originally written for the film. “Hearts Beat Loud” also wouldn’t qualify. It does have original songs, but there are only four instead of the required five.

2017 only had one qualifying film: “The Greatest Showman.” Other musicals from that year wouldn’t qualify. “Beauty And The Beast” is, of course, an adaptation. “Pitch Perfect 3” didn’t have enough original songs, rather relying on covers. 2016, on the other hand, had at least three qualifying films: “La La Land,” “Moana” and “Sing Street.”

Still, three qualifying films, though all great, aren’t nearly enough to warrant an entire category. For the music categories, the Academy states, “If there are nine or fewer qualifying works submitted in any category, the Executive Committee may recommend to the Board of Governors that no award be given in that category for the current Awards year.”

In other words, there must be at least ten qualifying films in order for Best Original Musical to be awarded. That’s a lot. The latest year I could find ten such films was 1963.

This is the only category currently in the Academy’s rules that isn’t regularly (or ever) awarded. So why keep the category on the books? There are plenty of other discontinued categories that the Academy doesn’t keep around. Best Dance Direction (awarded from 1935-1937), and Best Black-and-White Cinematography (1939-1967) award elements of film that still exist in 2018, they’re just few and far between. Why not revive these categories around as well, just in case we have enough qualifying films to nominate them?

With Best Documentary Feature and Best Animated Feature, those categories clearly award a specific type of filmmaking that doesn’t get nearly as much attention for their craft. Best Original Musical falls somewhere in between. It is a specific type of genre filmmaking, but one that doesn’t feel drastically different from that which is awarded in Best Picture. However, it’s unclear who would be the one to receive the award for Original Musical. Being a Music Branch award, it’s possible it would be shared by the composer and songwriters as opposed to the director or producer. This makes the award feel more relevant, as writing an Original Musical is certainly a unique task.

Best Popular Film, on the other hand, doesn’t appear to award a specific craft of filmmaking. Any type of film can be “popular.” Dramas, comedies, musicals, and animation can be “popular” just as easily as blockbusters. So what is this supposed to award? Best Achievement at the Box Office? Best Advertising? Best Fan Base?

While Best Popular Film remains a disaster of an idea, Best Original Musical is a wonderful oddity of the Academy Awards. It’s the award that’s existed for 18 years but never given out. Keeping it on the books is like a beacon of hope for fans of Original Musicals. It’s optimistic. Musicals are fantastic, and we don’t get enough of them these days. The box office successes of “La La Land,” “The Greatest Showman,” and “Mamma Mia! Here We Go Again” prove that audiences want them too. Maybe we’ll continue to get more and more musicals. And maybe one day soon we’ll see the first Academy Award for Best Original Musical. But first, onto Best Popular Film I suppose…