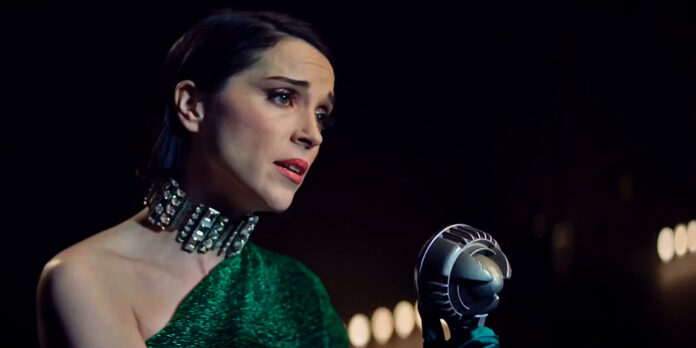 THE STORY – Two creative forces band together to make a documentary about St. Vincent’s music and life. However, they soon discover unpredictable forces lurking within subject and filmmaker that threatens to derail their friendship and the project.

Before watching “The Nowhere Inn,” I was worried that I wouldn’t be able to connect with it. I’m not the biggest “Portlandia” fan, and I’m barely familiar with St. Vincent’s music. The film, written by and starring Annie Clark, known professionally as St. Vincent, and Carrie Brownstein (“Portlandia”) about their friendship and careers, didn’t seem like something that would work for me. Thankfully, the opposite is true. “The Nowhere Inn” explores fame and identity in a unique blend of genres. It is a weird movie that has just the right combination of comedy and experimentation to work. What starts out as a mockumentary sketch that could have overstayed its welcome mercifully turns into much more.

Clark and Brownstein are best friends, so when it came time to make a documentary about St. Vincent, Clark asked Brownstein to direct it. In reality, “The Nowhere Inn” is an entirely fictional film directed by Bill Benz (“Portlandia”). Brownstein captures the typical concert footage one might expect from a music documentary when they begin the filming process. Clark goofs around backstage, hangs out with her bandmates, and preps for her performances. The problem: Clark is dull. Her bandmates talk about doing fun things while on tour, like finding new radishes to try in each city, which isn’t exactly the most thrilling story development. Brownstein encourages Clark to be more exciting, show different sides of herself, and become more of what people expect St. Vincent to be. Soon Clark takes the advice to heart, shedding away the real Annie and evolving, with more and more permanence, into St. Vincent, the artist.

“The Nowhere Inn” can be uneven, but it is a tricky tonal balancing act. There is plenty of genuine concert footage interspersed throughout the story, and it’s shot beautifully. Brilliantly cut together with film burns and interesting textures, it helps to craft this otherworldly experience. We also get glimpses of what life was like for these best friends before their cursed collaboration on the documentary. We see them happily share their joys and struggles, professional and personal. It’s shot on an old film camcorder, or at least very convincingly presented. Mixing these visual styles kept things fresh and exciting throughout, even if some of the segments work better than others.

Much of the film is satirical, played with a similar tone to “Portlandia,” so there’s a lot of funny material here. But “The Nowhere Inn” isn’t a straight comedy. It mixes in mystery and drama, along with plenty of unexpected Lynchian surreality. Clark and Brownstein have a conversation in a completely black room, while Clark bathes with an absurd amount of bubbles, and Brownstein shows her footage on a laptop held up by the arm of a statue.

But the surreal elements extend beyond just droll production design. To avoid delving into Clark’s actual past, she seeks to craft a more cinematic story for the film about her family history. She takes Brownstein to Texas to meet her clearly fake, deeply southern family. All wearing cowboy hats, fringe jackets, and western shirts, they present a bizarre picture for the documentary, and it’s freaking Brownstein out. They do, however, sing a lovely version of St. Vincent’s “Year of the Tiger” as a “family.” All of this is a front to avoid being honest and open for the camera. Similarly, Clark develops a staged relationship with Dakota Johnson to drum up publicity. “We connected in a very personal way,” Clark says. “Mmhmm, through our agents,” Dakota adds.

While “The Nowhere Inn” is an entirely fictional film, I strangely feel it gives a more authentic glimpse into Annie Clark’s mind than an actual documentary would have. Here we see the genuine struggle to balance public persona and one’s authentic self. We are witnesses to the desire to be a one-of-a-kind artist who pushes buttons while still being in step with what the public wants to hear. This unique and honest film, strange and uneven as it might be, challenges the idea of a rock star while still having a killer soundtrack.