The Next Best Series Podcast – “House Of The Dragon” Season 1 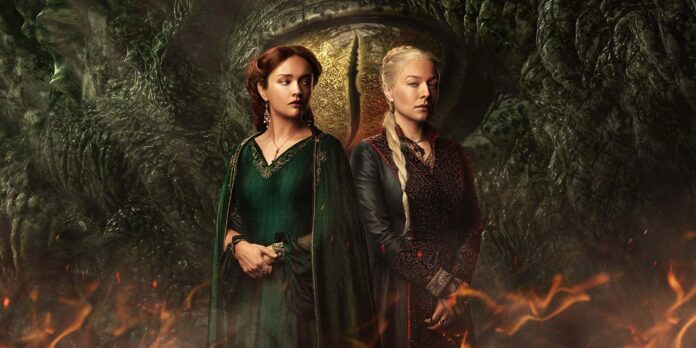 HBO’s hotly anticipated “House Of The Dragon” had to follow the disastrous final season of “Game Of Thrones” by telling a prequel set hundreds of years before the events of that show based on George R.R. Martin’s book “Fire And Blood” about the Targaryen dynasty. The show tells the story known as “The Dance Of Dragons,” a Targaryen civil war that divided the realm and nearly brought the once almighty house to extinction. The show has received critical acclaim and has proved to be a ratings success for HBO. But, most importantly, it’s won A Song Of Ice And Fire fans back to the world of Westeros as the first season just concluded, and audiences are eager to see the show return for its second season in (hopefully) spring 2024. What did we think of the first season, though? Tune in as Josh Parham, Zoe Rose Bryant, and returning guest Brendan Hodges joins me to discuss the characters, writing, visual effects, music, and more from a show we have a lot of criticism for but also a tremendous amount of love. We also cover what we hope to see in Season 2 and what we feel the show’s Emmy potential might be given how massively successful “Game Of Thrones” was with the Television Academy. Please take a listen as we share our full, spoiler-filled thoughts on the first season.

This is a preview of the podcast, the full version of which is only available to those who subscribe to us on Patreon. For the small price of $1 a month, you can receive this episode along with other exclusive podcast content, so be sure to subscribe here.

Thank you so much for listening. The Next Best Picture Podcast is proud to be a part of the Evergreen Podcasts Network. You can subscribe to us on SoundCloud, Apple Podcasts, Spotify, Stitcher, GooglePlay, Tunein, Player FM, Acast & Castbox or you can listen down below. Please take a moment to review us on Apple Podcasts here.

You can follow Matt, Josh, Zoe & Brendan and hear more of their thoughts on the Emmys and TV on Twitter at @NextBestPicture, @JRParham, @ZoeRoseBryant & @metaplexmovies