The Next Best Series Podcast: “Game Of Thrones” Season 8 Episode 5 – “The Bells” 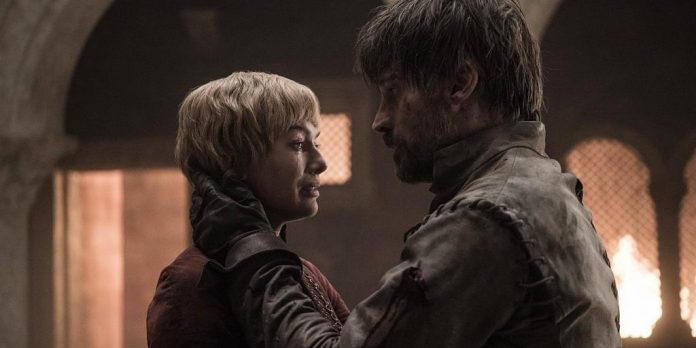 And you thought last week’s episode was divisive? “Game Of Thrones” continues to divide its fandom with its final season and that did not stop with its final penultimate episode ever, titled “The Bells.” Director Miguel Sapochnik certainly brought the spectacle that the show has now become known for but did David Benioff and D.B. Weiss deliver the storytelling that the show initially became known for? Did the final penultimate episode set everything up for the series finale? Listen to Will Mavity, Dan Bayer, Cody Dericks, Celia Schelekewey & myself as we try to sort out our feelings and thoughts.

This is a preview of the podcast, the full version of which is only available to those who subscribe to us on Patreon. For the small price of $1 a month, you can receive this review along with other exclusive podcast content, so be sure to subscribe here.
​
Thank you so much for listening. You can subscribe to the Next Best Picture Podcast on SoundCloud, Apple Podcasts, Spotify, Stitcher, GooglePlay, Tunein, PlayerFM, Acast & Castbox or you can listen down below. Please take a moment to review us on Apple Podcasts here. ​​

You can follow Matt, Will, Dan, Cody & Celia and hear more of their thoughts on the Emmys and Game Of Thrones on Twitter at @NextBestPicture, @mavericksmovies, @dancindanonfilm, @codymonster91 & @filmsunstuck