The Long Road To Recovery: Box Office Expectations vs. Reality 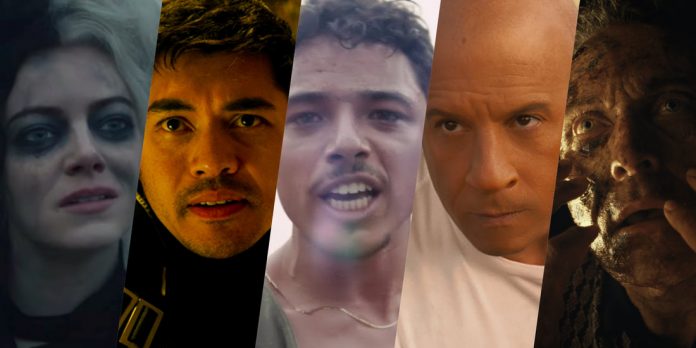 It’s been 604 days since a mysterious cluster of pneumonia cases began appearing in the city of Wuhan, China. Since then, the world has dramatically changed to adapt to COVID-19. Every aspect of our lives has been affected, from how we greet our friends to how we use public transport. It has changed the way we work and what activities we can participate in. For many avid cinephiles, it has impacted the way we watch films. The pandemic has also affected how we define a Box Office hit. As a result, what would have been considered major tentpole movies have earned themselves the reputation of being flops. However, as I will be exploring in this article, it’s hardly fair to wipe off films such as “Jungle Cruise,” “Space Jam: A New Legacy,” and “Cruella” as Box Office bombs when the entire film industry is struggling to stay afloat.

The indicators of the problems that were to plague the Box Office in 2021 were already made evident by the turbulent Box Office results for Christopher Nolan’s “Tenet,” which was released in the U.S. on the 3rd of September 2020 after having its release date delayed multiple times. The film’s budget was $200 million, but that didn’t include marketing costs. Upon the film’s release, the majority of American and Canadian theaters were operating at just a 25–40% capacity; this saw the film acquired just $20.2 million from 2,810 theaters in its first opening week; $2.5 million in Canada, $12 million in the U.S., and the rest from previews.

According to Film Daily, “the film made nearly $350 million at the global box office…Some industry insiders believe Warner Bros. lost about $100 million on Tenet. However, the studio claims it lost about $50 million.” A film is usually considered a flop if it loses $75 million or more at the Box Office. So, it’s hard to determine whether or not “Tenet” is one, especially when Warner Bros. seems reluctant to confirm how much money the film actually lost. In the case of “Tenet,” the multiple changes to the film’s release date saw the film’s marketing and advertising costs rise dramatically, as posters and trailers had to be changed to reflect the new release date.

The film industry in 2021 had a rocky start. Disney’s “Cruella” was a film that the studio claimed was a hit. In reality, the truth about whether or not the film was a real hit is a little complicated. “Cruella” earned just $130 million at the global Box Office, which is a little concerning for Disney considering that their last live-action remake (“Maleficent: Mistress of Evil“) was to be released theatrically earned $491.7 million at the Box Office. However, despite the film’s dismal return at the Box Office, Disney has clearly seen success with its online streaming platform Disney+. “Cruella” was released on Disney+ simultaneously with its release in theatres. Since the pandemic, subscriptions to Disney + have skyrocketed. According to The Guardian, the streaming platform has now “passed 100 million global subscribers – a feat that took its arch-rival, Netflix, a decade to achieve…Disney+ [would] overtake Amazon Prime Video in 2024 to become the world’s second most popular streaming service.”

“Cruella” wasn’t the only Disney property to face a challenging release this year. “Raya and the Last Dragon” was technically a flop, earning just $8.6 million at the US Box Office on its opening weekend. The film has made $122.7 million at the Global Box Office against a budget of $100 million. “Tom and Jerry,” which had been released the weekend before “Raya and the Last Dragon” had actually fared better at the Box Office, earning $14 million on its opening weekend and going on to earn $127.1 million Globally, which makes it a hit as it’s budget was $79 million. “Raya and the Last Dragon” was meant to have been released back in November 2020 before being pushed back to March 2021, and like “Cruella,” it was released on Disney+ alongside its release at theatres. However, despite its release on Disney+, according to Business Insider, “The movie received 20% fewer purchases on Disney Plus in the US over its opening weekend (March 5 to March 7) than the live-action “Mulan” did during its first weekend last year.”

One film that we can definitely class as a flop is “In the Heights,” which grossed just $43.9 million against a budget of $55 million. That’s $43.9 million globally! Many fans and supporters for “In the Heights” had hoped for the film to have a rebound at the Box Office like “The Greatest Showman” had. However, the situation with “The Greatest Showman” was completely different. Firstly, the film spent 219 days in release. It was also released over the Christmas holidays, which saw it draw in a more family-based audience. And, according to IndieWire, “A musical with awareness below other Broadway shows, a lack of star names, an emphasis on ethnic centering that might not have translated broadly toward inclusion of other Latinos, and even a less enthusiastic reaction to the film than initially was anticipated all could factor in.”

Hopes for Marvel’s “Black Widow” were high at first. The film’s opening weekend seemed optimistic, with the movie earning $80 million at the US Box Office and a further $60 million on rentals from Disney+. However, according to The Atlantic, hopes for a big hit were dashed when it came to the following weekend, “Black Widow“ posted $26.3 million, a 67 percent drop at the box office and the steepest such decline in the history of the Marvel Cinematic Universe brand…What initially seemed like the vindication of a dual-release strategy then turned out to be a neat example of the strategy’s financial foolishness. After all, if everyone can access a new blockbuster at once, it’s unlikely to hold people’s attention for longer than a week.”

Another Disney film that saw a simultaneous release at the theatres and on VoD was “Jungle Cruise,” which was released in July this year. The film had suffered from a long production journey to the big screen. In fact, plans for a feature film based on the Jungle Cruise ride began way back in2004, and the project lay dormant until 2011. It wasn’t until Dwayne Johnson joined in 2015 that anything actually started to happen. Filming had wrapped in 2018, and there was a year of post-production that took place. “Jungle Cruise” was set to be released last year but was pushed back due to COVID-19. According to IndieWire, “”Jungle Cruise” opened to $34.2 million domestic, an impressively strong result when tracking suggested $25 million, and a studio-reported $30 million in Premium VOD revenue via Disney+ subscribers worldwide.” Despite these numbers, it was recently reported the film will officially be given a sequel.

Disney isn’t the only studio suffering from a difficult year at the Box Office. Universal has had its own woes. M. Night Shyamalan’s “Old” failed to wow audiences and remain in the top 5 at the Box Office. Currently, “Old” has grossed $46.5 million in the United States and Canada, and $38 million in other territories, for a worldwide total of $84.5 million, against a budget of $18 million, which doesn’t seem that disastrous. The film has been dubbed “a successful disappointment,” a term which Scott Mendelson explained as “[when] a film opening during the pandemic performs about as well (on opening weekend and/or overall) as it would have had it disappointed or underperformed in normal circumstances.”

So, which films have had success at the Box Office? Well, the “Fast and Furious” saga proved it still has fuel in its tank with the release of “F9,” which made a total of over $700 million at the Global Box Office against a budget of $200 million. However, when we compare the Box Office results of “F9” to previous installments of the “Fast and Furious” saga, we realize that the film has underperformed in China. According to Digital Spy, “F9 was released in China five weeks ahead of the US and most other major markets. While this resulted in a huge $136 million debut, it has gone on to take ‘only’ $216 million, marking a drop of around 45% on the previous two movies.” Also, Nia DaCosta’s “Candyman” just recently debuted to number 1 with better than expected results. However, compare these successes to the string of failures Warner Bros. has been experiencing lately with their same day release strategy for films such as “The Suicide Squad” and “Reminiscence” on HBO Max and it’s night and day.

If “F9” can’t even entice viewers back into the theatre, then what can? Could the latest James Bond film “No Time to Die” or “Venom: Let There Be Carnage” or maybe even “Dune” become a Box Office hit? Whatever the outcomes for the rest of 2021’s film release, we can all agree that the road to recovery is a long one. How do you think these films will do at the box office this fall/winter? What does all of this mean for “Shang-Chi And The Legend Of The Ten Rings” opening this weekend? Let us know in the comments section below or on our Twitter account.