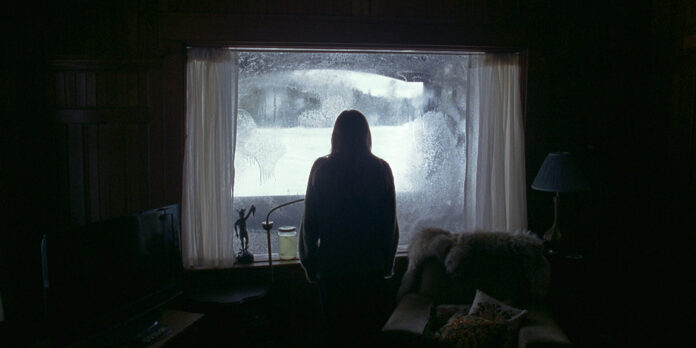 THE STORY – Devoted to their devastated mother, siblings Aidan and Mia resent Grace, the younger woman their newly separated father plans to marry. They flatly reject Grace’s attempts to bond, and they dig up dirt on her tragic past—but soon they find themselves trapped with her, snowed in in a remote holiday village after their dad heads back to the city for work. Just as relations begin to thaw, strange and frightening events threaten to unearth psychological demons from Grace’s strictly religious childhood.

​​​​Between “The Babadook,” “The Witch,” “Hereditary” and now “The Lodge,” Sundance has become one of the most reliable premiere spots for seriously creepy atmospheric methodically paced horror films. Combining elements of last year’s “Hereditary” and Stanley Kubrick’s “The Shining,” Canadian Directors Veronika Franz & Severin Fiala (“Goodnight Mommy”) have created a fiendishly effective slow-burn horror film, sure to be an audience favorite both at the festival this year and during its theatrical release later on.

Richard (Richard Armitage) decides his two children need to have some bonding time with his new fiancée Grace (Riley Keough). So, he drags them out to an isolated mountain cabin to spend Christmas together. When Richard is called into town for work, he has no choice but to leave the unhappy trio alone in an isolated cabin over Christmas. As the cold and claustrophobia set in, unsettling truths slowly reveal themselves.

Before the hype gets crazy like with “Hereditary,” I want to start by emphasizing the following: this film is more “unsettling” than scary. “The Lodge” puts atmosphere and character first and foremost over jump-scares. Enter the film expecting it to be creepy and atmospheric as opposed to leaving you cowering in your chair, and you will not be disappointed.  That being said, the film does gleefully play a few tricks on the audience. My theater certainly screamed and jumped three or four times. But with the emphasis on atmosphere, what really proves unsettling is the evocative atmosphere or perpetual and inevitable doom.

The sleek camera work, gloomy lighting, voyeuristic direction, and astoundingly effective sound design, create a palpable atmosphere of dread. As the film reaches its conclusion, you can’t help but stare in rapt horror at what is coming. I cannot emphasize how strong the film is on a technical level. The sound design deserves to appear in next year’s Oscar race.

The performances are strong across the board. Riley Keough especially shines, as she’s no stranger to horror after starring in 2017’s “It Comes At Night.” Here, she does her best spin on Jack Torrance in “The Shining” and she’s excellent. Both child actors also comport themselves successfully, showcasing characters mired in grief but dedicated to mischief. The writing underlying the film allows the directors and cinematographers to do much of the film’s heavy lifting, but it still packs several clever twists, while the dialogue feels natural throughout.

Yes, at times, the film lays on the drama and creepiness so heavily that it does start to become almost campy. Those moments are few and far between, however, and ultimately lend to a final product that is pure fun than anything. In short, “The Lodge” serves as an effectively creepy meditation on grief, religion, jealousy and cabin fever. More importantly, it is the perfect film to see on a big screen in a packed house late at night. It may not have you checking under the bed but it will undoubtedly leave you equal parts disturbed and exhilarated.