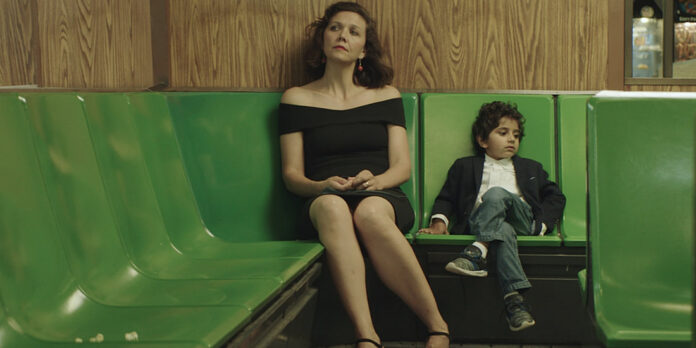 THE STORY – Stuck in Staten Island, married to a kind but oblivious husband, and living with kids that mostly ignore her, 40-year-old Lisa Spinelli (Maggie Gyllenhaal) plods through her days teaching kindergarten with growing numbness. Her one source of joy is an evening poetry class across the bay in Lower Manhattan. But one day everything changes—Lisa discovers that a five-year-old boy in her class may be the poet she can only dream of being. She becomes fascinated. Could this child be a prodigy? A Mozart? Fascination turns to obsession as Lisa pushes boundaries to protect the boy from a banal life she knows too well. In a harrowing climax, Lisa risks her career, her family, and her freedom to nurture his genius and possibly tap into her own.

​​​​​Lisa Spinelli (Maggie Gyllenhaal) teaches Kindergarten in New York, attends a continuing education poetry class, and is in the midst of raising two teenage children. Frustrated with feelings of disconnection in her personal life and dissatisfaction with her own mediocrity, she finds herself wrapped up in the talents of one of her students. Five-year-old Jimmy Roy (Parker Sevak) has a knack for words and observation. When Lisa overhears him reciting an original poem, she becomes dangerously obsessed with making sure his talents are realized. She starts by reading his work as her own in her poetry class and catches the attention of the course instructor played by Gael Garcia Bernal. Although her intentions were to validate her thoughts that Jimmy was a talented poet, this act also spurs a concurrent series of events that Lisa must navigate. All of this amidst a seemingly average suburban existence, with a supportive spouse (Michael Chernus), family dinners and typical teenage drama.

The most successful element of the film is the evolution of the main character’sd arc. Very quickly the story progresses into a series of cringe-worthy moments, played effectively by Maggie Gyllenhaal. Convinced that she is the only one that can ensure that Jimmy’s talent is fostered, she feels justified in actions that cross professional and personal boundaries. Despite all the warnings, she is relentless in her quest. Throughout this journey, we observe her strained relationship with her children and husband, primarily rooted in disappointment with the paths they are choosing. This only fuels her fire. This film does not hold back from taking us on a play by play of Lisa’s complete unraveling. There is a very strong sense of tension that is built up at the end of the film and ends on a poignant note, which helped with my overall satisfaction of the film.

The film is a remake of 2014 Israeli film of the same title. Director Sara Colangelo, (Best known for “Little Accidents”) makes smart decisions in this retelling. The charisma between the two casted characters, both teacher and student is engrossing. Maggie Gyllenhaal is masterful at balancing her show of compassion and well-meaning intentions with a touch of madness. It is painful, but ultimately that is the intention of the filmmaker and for that reason, it’s ultimately successful. There is some laughter that results from discomfort, but the film has a dark tone that may surprise many who read the title, expecting a feel-good experience.

Although the film ends on a strong note, there were some moments that did not fully connect. The third act does derail and I found myself disconnected a bit from what until that point had more of an authenticity to it. I have never been in a continuing education poetry class, but this movie makes it feel much sexier than I imagine it would be. Poetry is so subjective to interpretation some of the reaction to the poetry felt forced at times. Many people around Lisa allow her to make ridiculous choices and she is met with fairly little resistance. For example, how much one on one time and phone time could Lisa spend with Jimmy, a child not her own, with no ramifications?

Ultimately, the film is a success in style, tone, storytelling, acting and making the point it sets out to make. I think it will resonate with anyone who has often expected to have a moment of greatness in their life. What does that look like when you accept your fate of mediocrity, but you can see that dream alive in someone else? For some, it is their own child. But what if you are not a parent or you uncover a talent that is not being fully recognized? Where is the line for actions to cross over from well-meaning to fulfilling your own selfish objective? This is what “The Kindergarten Teacher” asks. And it asks these questions well.