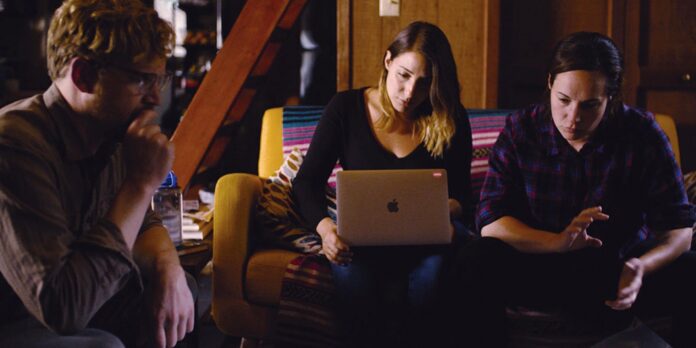 THE STORY – The title refers to the land grab of governments and other powerful entities around the world as they seek food and water outside their borders to meet increasing shortages. Halverson first dug into the story in 2014 after a Chinese company purchased Smithfield Foods, the world’s largest pork producer. Halverson’s reporting revealed that the $4.7-billion purchase wasn’t merely a business transaction. It had heavy support from the Chinese government. With the Smithfield purchase, China now controlled one out of four American pigs.

Nearly a decade after her devastating SeaWorld documentary, “Blackfish,” about the captivity of killer whales, writer-director Gabriela Cowperthwaite outdoes herself with an eye-opening investigation into global food insecurity. More so than “Blackfish,” “The Grab” is much trickier to digest and dives deeper into its subject matter. Multiple documentaries could be made from the sheer volume of information presented. To crystalize focus, Cowperthwaite echoes a statement uttered decades ago by Alfred Henry Lewis: “There are only nine meals between mankind and anarchy.” The world is essentially nine meals away from chaos.

Food is not only a human right that people will fight to protect; it also wields power that governments exploit. At the core of the documentary’s narrative is how countries grab food and water resources for themselves, leaving farmable pieces of land (and the people that populate them) in the dust. Damning facts are gathered, but at what point is the line drawn to present findings to an audience? Cowperthwaite passes the threshold and gives emotional urgency to an alarming ongoing crisis. While messages become swamped in non-linear storytelling, the power of “The Grab” as a thrilling investigative documentary is unmistakable.

“The Grab” initially follows a project spearheaded by investigative journalist Nathan Halverson of the Center for Investigative Reporting (CIR). After a multi-billion dollar Chinese takeover of an American company (Smithfield Foods) to control their pork supply, Nate’s questioning of the acquisition of pigs leads him to discover the Chinese government’s role in the deal. Nate then falls into a web of re-emerging patterns in other countries. A Saudi Arabian company buys massive land in the Arizona desert; Arizona residents are left with severe water shortage. The morally compromised founder of Blackwater (“the ugliest face of American power”) grabs land in Africa; residents in Zambia are forced out of their homes. An American cowboy is recruited to Russia to work at a farm; he’s in an environment that was once far too cold for green crops and cattle. These unearthed revelations speak to dots connected by various threads, from stealing another country’s resources to profiting off the ramifications of climate change. It’s not long before Nate finds himself at a crossroads of how best to proceed with a sea of information, rising like dangerous waves about to crash.

Nate contacts fellow journalists Emma Schwartz and Mallory Newman so that the three can work together in bringing truths to life in a way that demands action. When they reach the trove, the “eureka” of the investigation, the documentary reaches its climax. Thousands of emails leaked to Nate reveal Blackwater founder Erik Prince’s involvement in the raiding of African land for its food supply. Cowperthwaite charges toward all the new threads that multiply from this revelation. She takes the interesting direction of framing Prince’s emails as a playbook to show how people actually go about food inequity and raid resources that aren’t theirs. Cowperthwaite takes on such vast material that “The Grab” feels never-ending in its global interconnectedness. Like a Russian doll, a new layer is waiting to be unearthed.

Numerous floating heads speak to how far the subject reaches, from the war in Ukraine, and silent donations from royals, to the draining of American pensions for land investments. Cowperthwaite does a fine job exploring how a single inquiry can spark a trove of information at a journalist’s fingertips. By jumping so frequently from one subject to the next, she starts losing focus on how to share all these threads coherently. She introduces some exciting but underused techniques – the occasional use of visually informative tools makes it easier to see the connections mapped out on the screen. A simulation with government officials also recreates what conversations could happen if two countries go to war over food and water supply. The documentary could have used these techniques more often to cut through the volume of subjects presented.

Cowperthwaite finds an engaging subject in Halverson and his team, whose presence maintains urgency and journalistic integrity. His collaborative efforts with Schwartz and Newman raise the curtain on what’s been happening in the shadows of food inequity. Each new reveal of information elicits suspense and keeps you on edge, playing out as a thriller. From an enormous subject, Cowperthwaite manages to narrow down key figures and their involvement in land grabs. This shines a much-needed light on who is responsible and what kinds of patterns have emerged from various countries’ dwindling resources.

Where “The Grab” succeeds the most is not only considering the political and national urgency of food insecurity but the human urgency as well. Parts of the documentary show you the heartless way human beings are treated. Caught in the middle of the scramble to control food are people on the ground whose resources for their livelihood are stolen. People who lack the power and control to make decisions about their own lives are hit hardest. In the face of injustice, it’s heartwarming to see the documentary identify good-hearted individuals – such as Zambian human rights lawyer Brigadier “Brig” Siachitema – fighting for the people. Cowperthwaite’s storytelling has a global reach that grabs you from the start and maintains palpable urgency. “The Grab” may be challenging to grasp at times, but the passion for telling as much story as possible is understandable when the stakes are alarmingly high.

<b>THE GOOD - </b>Driven by a powerful investigation into dwindling food and water supply, "The Grab" is a must-see documentary that will impact future generations.<br><br> <b>THE BAD - </b>Given the volume of information, some of the discussion threads get lost in non-linear storytelling, and the documentary can be a challenge to grasp.<br><br> <b>THE OSCAR PROSPECTS - </b><a href="/oscar-predictions-best-documentary-feature/">Best Documentary Feature</a><br><br> <b>THE FINAL SCORE - </b>8/10<br><br>"THE GRAB"