The Essential Films To Watch From David Cronenberg 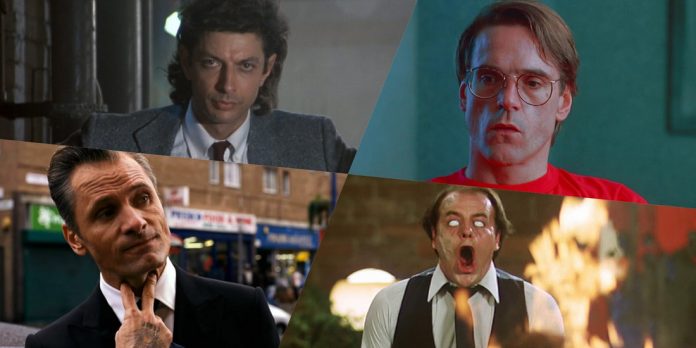 By Cameron Lee
​
David Cronenberg is set to return to the big screen after an eight-year break from feature filmmaking with “Crimes of the Future” (not to be confused with his 1970 film of the same name) which is set to have its world premiere at this year’s Cannes Film Festival. Cronenberg is known for popularizing the body horror genre and for generally causing controversy with his depictions of violence and sexuality. “Crimes of the Future” marks his return to the body horror genre that he helped make popular back at his peak in the 1980s. In preparation for his latest feature film, here are some recommended movies of his that will make it easy to understand what makes Cronenberg such a special and unique filmmaker. 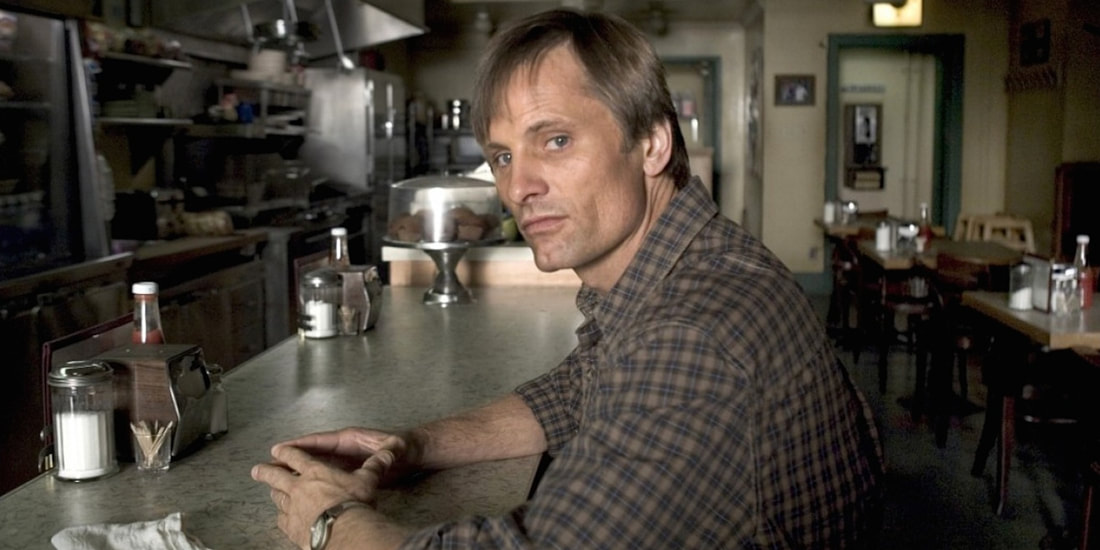 David Cronenberg’s first collaboration with Academy Award-nominee Viggo Mortensen, “A History of Violence” is a bit of a departure for Cronenberg as it’s a crime thriller based on a graphic novel. The film received two Oscar nominations for its adapted screenplay and a 10-minute scene-stealing turn from the late William Hurt for Best Supporting Actor. Viggo Mortensen plays a man trying to put his rough and violent past behind him but is forced to confront it when old colleagues pay him an unwelcome visit. Brutally violent and darkly funny, the film is filled with great acting turns by Mortensen, Ed Harris, and Maria Bello. It’s a film that questions and confronts violence in new ways from Cronenberg, yet still fits in nicely with his filmography. If you want something more digestible to start a deep dive into Cronenberg’s work, this is an excellent place to start. 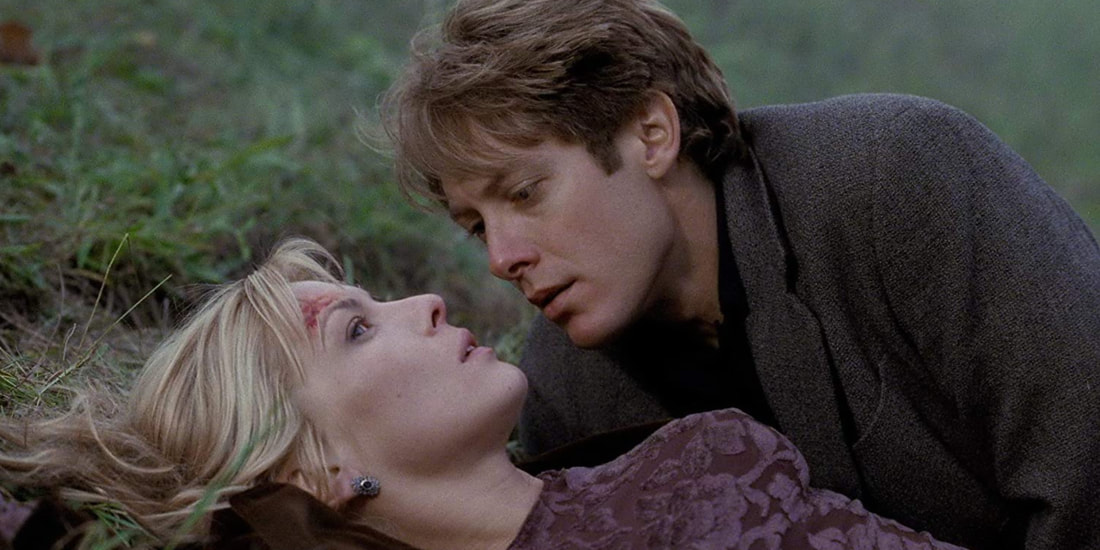 “Crash” was controversial when it was released for various reasons; it prompted massive walkouts and boos at its premiere at Cannes and even made jury president Francis Ford Coppola get into a fight with his jury over it. The film had a huge rating controversy amongst the MPAA, which ultimately led to an NC-17 rating in the US. But despite all the controversy, “Crash” has survived to become a calling card movie for anyone interested in strange erotic thrillers. It is centered around a film producer played by James Spader, who finds himself involved with a group of symphrophiliacs who all get sexually aroused by violent car crashes. Strange, disturbing, yet engrossing and riveting, “Crash” is not a film for the faint of heart, but once the film gets its hooks into you, it never let’s go. 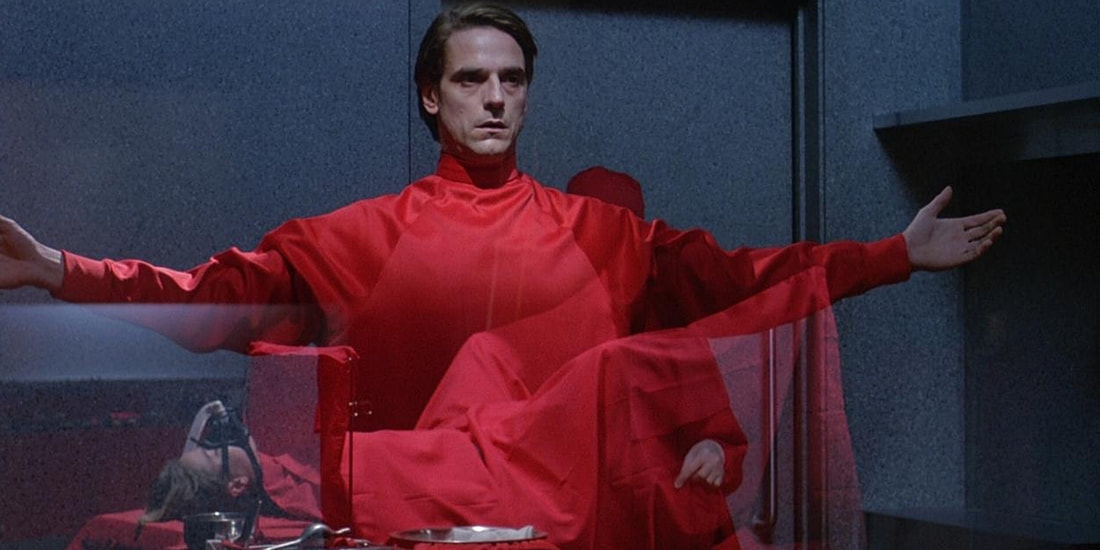 Featuring Jeremy Irons’ best performance as identical twin gynecologists Elliot and Beverly Mantle, “Dead Ringers” is a disturbing and tragic story of addiction, jealousy, and ambition. Irons gives a masterclass performance as the two identical brothers and gives both of them small quirks and subtle adjustments to make them feel different from one another. Great production design and a haunting score from regular Cronenberg collaborator Howard Shore just add more unease to this psychological drama. A sad and depressing ending makes “Dead Ringers” a film that will stay with you long after the credits roll and make you shiver every time you think about it. 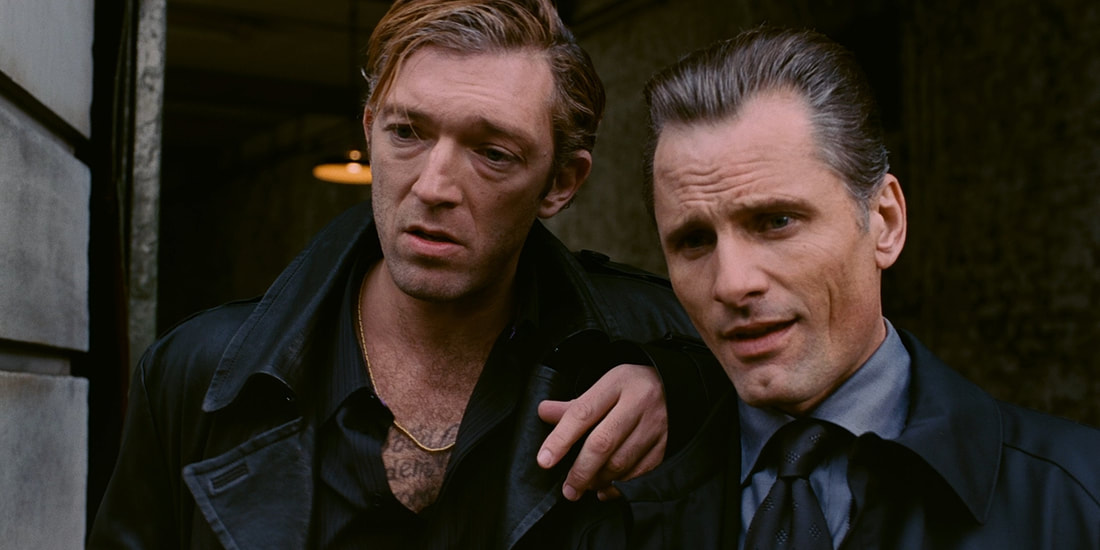 Cronenberg’s second collaboration with Viggo Mortensen is one that earned the actor his first Best Actor nomination. “Eastern Promises” is more in line with their previous collaboration, “A History of Violence,” than Cronenberg’s other body-horror work, being that this is another gritty crime drama. Anna, played by Naomi Watts, plays a midwife in London who delivers the baby of a 14-year-old Russian drug addict that dies during childbirth. She uncovers that the Russian girl had ties to the Russian mafia and thus begins a story of murder, vengeance, and organized crime. It’s a fascinating and compelling look inside the modern-day Russian Mafia with a scarily committed Mortensen performance equipped with a Russian accent and prison tattoos. The centerpiece bathhouse naked knife fight is worth seeing the film for alone. Still, luckily the story has enough going for it to make it an easy recommendation in Cronenberg’s filmography. 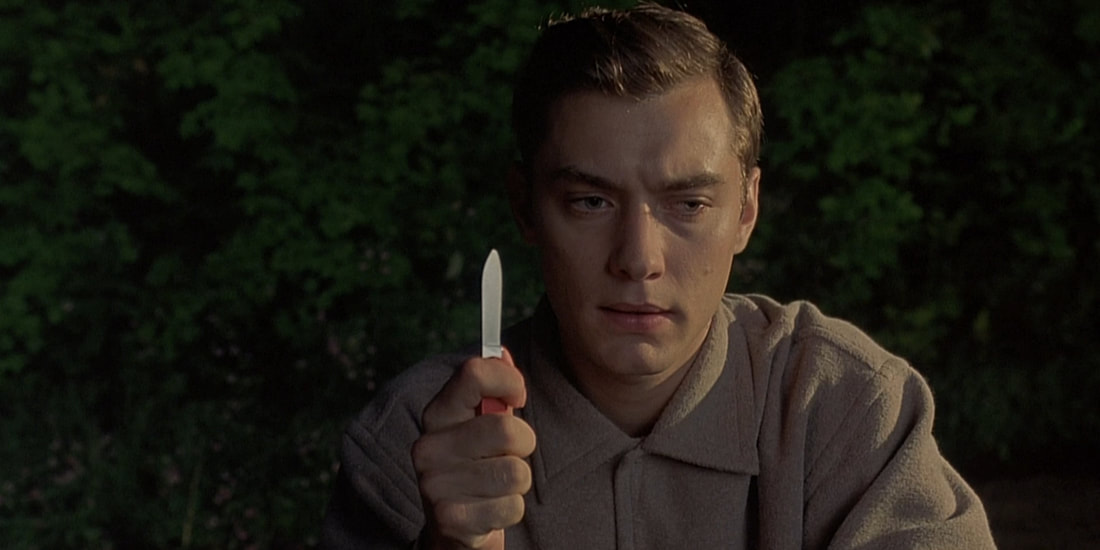 Cronenberg’s last foray into body horror until this year’s “Crimes of the Future,” “Existenz,” is another Cronenberg film tackling the dangers of technology and its extension into the human body. Jennifer Jason Leigh plays a famous videogame designer who is hunted by assassins while inside her own game. Think of it as “Inception,” but with gross “bio ports” and plenty of bloody violence. “Existenz” is firmly an end of the 90’s movie, so it’s dated in some places but in a nostalgic 90’s kind of way that doesn’t distract from the work as a whole. It’s one of Cronenberg’s less talked about films probably because it got overshadowed by “The Matrix” the same year. But it’s still worth checking out, especially because of it being his last entry into body horror until this year. 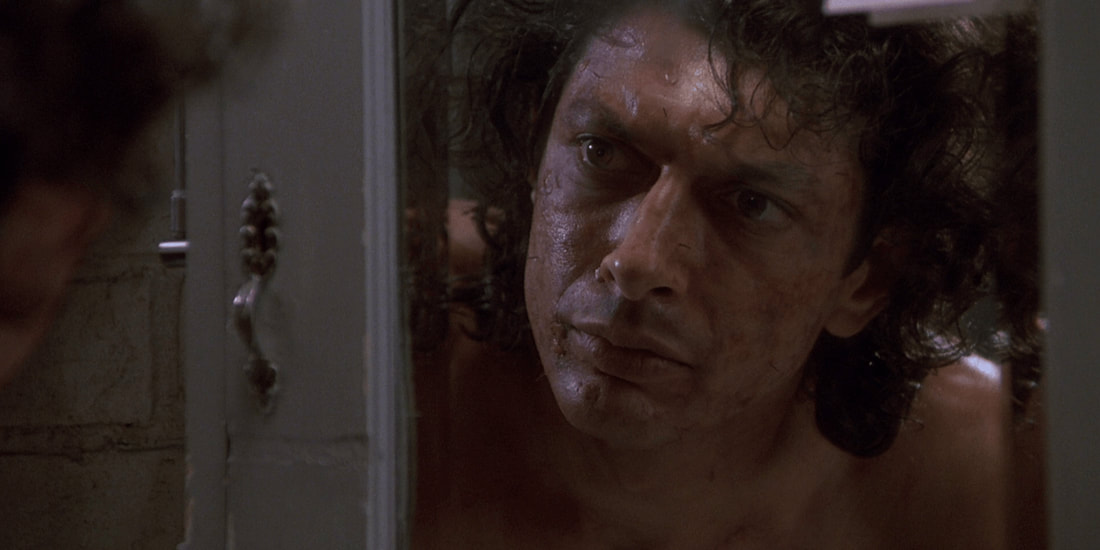 David Cronenberg’s remake of “The Fly” is by far his most well-known film and the biggest success of his long career. It received great reviews upon release (and has only gained in stature over time), was considered a huge hit for its relatively small budget, and received an Oscar win for its makeup which some consider to be some of the best makeup work of all time. “The Fly” still holds up not just because of its amazing effects and gore but because of how simple and tragic it is as an excellent Jeff Goldblum slowly turns into a human fly hybrid after a teleporter experiment goes wrong. It’s essentially an updated Universal monster movie with a mad scientist, a woman that cares for him, and society being afraid of what they don’t understand, albeit with the added benefit of people throwing up in their mouths during some of the film’s most infamous scenes. Everything here works, making it the definite Cronenberg film for general audiences. 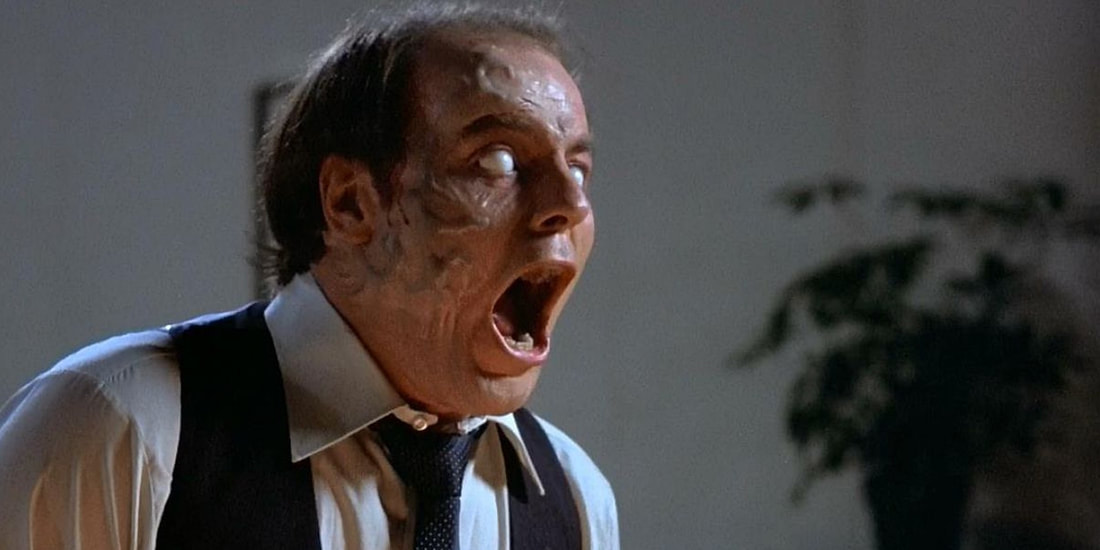 “Scanners,” besides being known on the internet as that one film where that guy’s head explodes, was the first Cronenberg film to introduce his brand of body horror to a broader audience. The film is basically Canadian “X-Men,” about a group of people called Scanners who have telepathy and other mind powers fighting a rogue group of scanners who want humans out of the picture in favor of building a mutant race. The lead character, played by Stephan Lack, is, quite frankly, a boring protagonist. Still, luckily Cronenberg utilizes amazing world-building, a great synth score by Howard Shore, a great villain played by the always wonderful Michael Ironside, and terrific set-pieces to create something wholly memorable. Even after all these years, “Scanners” is still a ton of fun to watch. 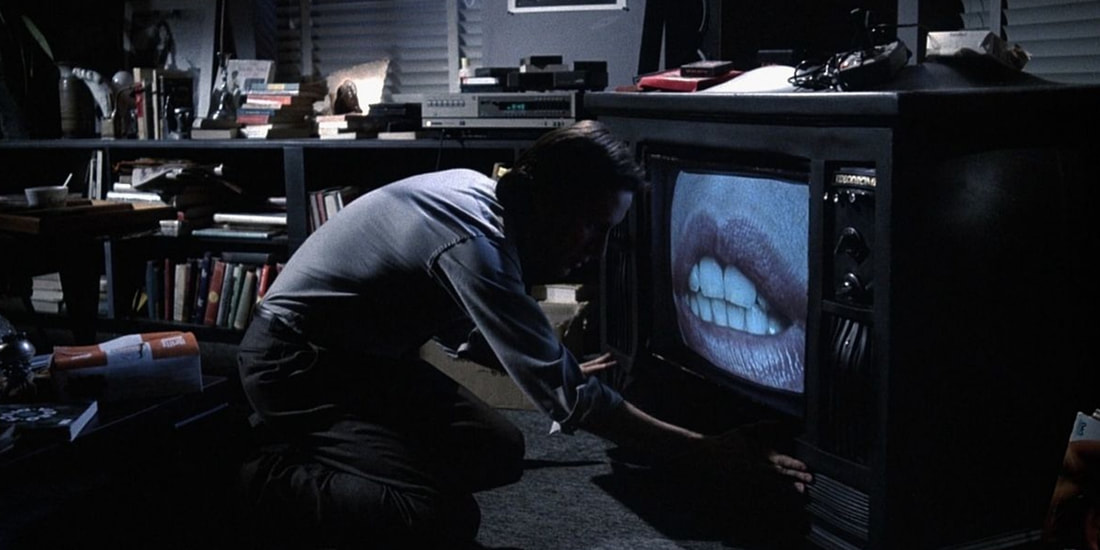 Commonly called one of his best works, “Videodrome” examines technology on the human body, the intersection of sex and violence in popular media, censorship, and media philosophy. Cronenberg took everything he learned from “Scanners,” ratcheted everything up to the highest degree he could, and pushed things even further in “Videodrome.” Max, played perfectly by James Woods, discovers a surreal web of conspiracy and lies when his broadcast station starts to play a program called Videodrome. As he goes deeper, he starts to lose his sense of reality and begins to hallucinate disturbing visions of body horror from a slit in his stomach that stores Betamax tapes to a flesh metal handgun that shoots tumor-like bullets. “Videodrome” was far ahead of its time with its themes and message; it was only until the 90s that film and other forms of popular media would address these topics in era-defining works. Amazing special effects by the legend Rick Baker, another great score by Howard Shore, great pacing, and a standout James Wood role that’s one of his best from the 1980s. It’s a breezy, surreal nightmare of technology and the media all coming together perfectly, with Cronenberg firing on all cylinders!

Cronenberg has made various other interesting and unique films over the years that couldn’t make this list (“Shivers,” “The Brood,” and “Cosmopolis,” to name a few). You can’t go wrong with choosing a place to start in his filmography because his singular voice is present in all of his works, making him one of the most distinct and mesmerizing filmmakers of all time. What are some of your favorite Cronenberg films? Are there any blind spots in his filmography you’ve wanted to fill? Are you excited to see “Crimes of the Future?” Please let us know your thoughts in the comments section below or on our Twitter account.