The Early Days Of The Cannes Film Festival 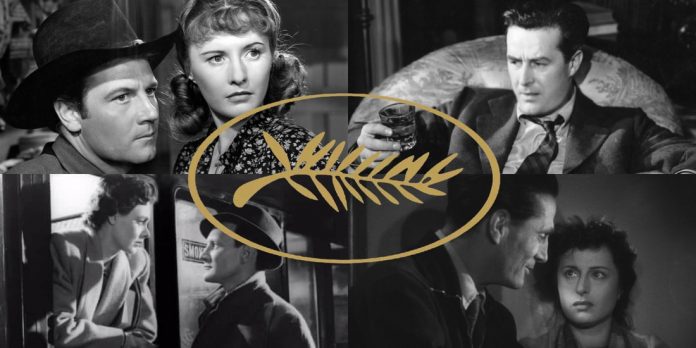 With the 2021 Cannes film Festival coming to a close and a new Palme d’Or winner about to be announced, I decided to take a look back at the earlier days of the the festival, which is now one of the most venerated film festivals in the world. The inaugural event in 1946 had a false start. It was a do-over of a previous attempt in 1939 that fell through due to unforeseen circumstances. Conceived by the French as an alternative to the Venice Film Festival, at the time the only international film festival and one dominated by fascist leanings and propaganda, the ceremony was scheduled to take place from September 1st to 20th, 1939, in the French seaside town now so synonymous with cinematic excellence.

A glamorous affair from the start, American movie stars, such as Gary Cooper, Mae West, and Norma Shearer, sailed in on an ocean liner and were greeted with a gala and screening of “The Hunchback of Notre Dame,” directed by William Dieterle. The next day, Germany invaded Poland. Two days later, France and the United Kingdom declared war on Germany. The festival was promptly canceled, and the Americans were hurried back to the safety of Hollywood. Sixty-three years later, a jury of six at the 55th festival retroactively awarded the Palme d’Or to Cecil B. DeMille’s “Union Pacific” among seven other titles (including “The Wizard of Oz”).

Between this and the first official festival was a six-year nightmare that fundamentally shaped cinemas’ future. Much like in Weimar Germany after WWI, cinema worldwide began to wake up and look deeper within itself. With the innovation of neorealism from masters Roberto Rossellini and Vittoria De Sica, Italy quickly became a beacon of cinematic accomplishment. Up north, technicolor aficionados Powell & Pressburger fine-tuned their fantastical storytelling, while Carol Reed and David Lean brought British cinema down to Earth. Other nations would find their footing in the following decades, leading to an explosion of world cinema.

The 1946 festival featured films from nearly 20 different countries, with the jury made up of one representative from each. Reportedly, this post-war celebration of cinema was enthusiastically embraced by the international community. Per one of the festival’s founders, French author, and critic Philippe Erlanger:

“The world threw itself into this first festival in a state of near-intoxication, under a sun that shone constantly until mid-October.”

Like any inaugural event, the festival was met with some technical difficulties. Alfred Hitchcock’s “Notorious” was presented with its reels in reverse order, while Miguel M. Delgado’s “The Three Musketeers” was projected upside-down. Still, it proved a resounding success and a stable foundation for future decades to come. Nearly every year at Cannes has come with a surprise, starting with the very first. As this was an event meant to celebrate an international cinematic renaissance and encourage artistic exploration rather than competitiveness, the festival’s grand prize (at the time the Grand Prix) was awarded to eleven films:

I have only seen three of these films: “Brief Encounter” and “Rome, Open City” are generally considered masterpieces, and “The Lost Weekend,” a decidedly post-war story about a fallen man that would go on to be one of three films to win the top prize at Cannes and the Academy Award for Best Picture. This eleven-way tie would set a precedence, as the Palme d’Or has since been given to multiple films on a total of twelve occasions.

The Best Director award has been presented seven times to two directors, while the sharing of the Best Actress and Best Actor awards is relatively common. So adamant is the festival’s mission to share the wealth amongst films, and therefore countries, that the three awards given to Michael Haneke’s “The Piano Teacher” (2001) at the 54th Festival (Best Actress for Isabelle Huppert, Best Actor for Benoît Magimel, and the Grand Prix) inspired a new rule forbidding the jury from awarding multiple major awards to a single film. Such an offense was avoided in 2013 when the jury, headed by Stephen Spielberg, took the “exceptional step” of awarding the Palme d’Or to “Blue is the Warmest Color’s” director Abdellatif Kechiche as well as its two lead actresses Adèle Exarchopoulos and Léa Seydoux.

These strict limitations and frequent subversions of traditional film awards etiquette have resulted in the preservation of the festival’s original intention to celebrate a variety of cinematic techniques and movements rather than encourage a competitive spirit or the chance of a sweep. As written in the 1948 Festival regulations:

“The Festival’s aim is to encourage the development of the cinematographic art in all its forms, and create and foster a spirit of collaboration between all film-producing countries.”

The nine-person jury that determines the festival’s significant prizes is a far cry from the democracy of the Academy’s near ten thousand. For this reason, it is easy to shout cries of elitism and exclusivity at the whole event, and this would not be completely unearned. But it should be considered that these nine people actually see every film in competition. As a result, it is considerably easier for nine people to have a productive and nuanced conversation than ten thousand. At Cannes, discussion reigns over anonymous complacency. This jury is not static. Every year it changes, providing brand new perspectives and opportunities for the emergence of new voices. I don’t expect the jury to award the Palme d’Or to eleven films ever again. Still, given the festival’s encouragement towards variety and innovation rather than popularity, I can never say never.

What will win the Palme d’Or at this year’s festival? If you had to choose one of the eleven films to reward the Palme d’Or to in 1946, which one would you have chosen? Let us know your thoughts in the comments section below or on our Twitter account.