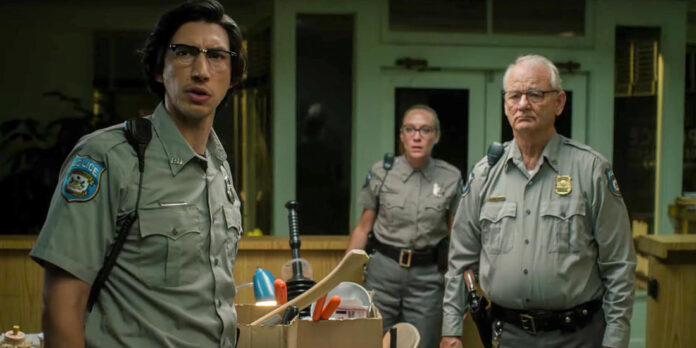 THE STORY – Born into a tight-knit wrestling family, Paige and her brother Zak are ecstatic when they get the once-in-a-lifetime opportunity to try out for the WWE. But when only Paige earns a spot in the competitive training program, she must leave her loved ones behind and face this new cutthroat world alone. Paige’s journey pushes her to dig deep and ultimately prove to the world that what makes her different is the very thing that can make her a star.

​​​​There are two kinds of people: those who like Jim Jarmusch films and those who don’t like Jim Jarmusch films. A zombie genre film by Jim Jarmusch, even with an attractive cast of exciting actors, is still a Jim Jarmusch film. If this is not your first Jim Jarmusch film, then you probably already know what you’re in for. If this is your first time, it may not be a bad place to start. However, don’t go in expecting “Shaun of The Dead” or “Zombieland.” This is a zombie film with a lot to say and it may not say it in ways that you quite expect. Strange things are happening in our world right now and Jarmusch frames his story by having strange things happen to the town of Centerville and its residents while making a commentary on the current state of our country. And yeah, somewhere in there is Tilda Swinton cutting off zombie’s heads with a katana, Iggy Pop as a zombie eating people alive, flying UFO’s and a whole lot of other weird stuff. Because…this is a Jim Jarmusch film.

In a small town called Centerville, all technology suddenly ceases to work. The Earth’s rotation has been thrown off, supposedly due to fracking. And the dead start to rise up from the grave. Now it is up to Officers Ronald “Ronnie” Peterson (Adam Driver), Minerva “Mindy” Morrison (Chloë Sevigny) and Chief Cliff Robertson (Bill Murray) to make the rounds around town and make sure its residents are kept safe from harm. Those residents include a scottish (maybe irish?) funeral worker named Zelda Winston (Tilda Swinton), a racist farmer (Steve Buscemi), a geeky clerk owner (Caleb Landry Jones), a homeless man named Hermit Bob (Tom Waits) and Hank Thompson (Danny Glover). Three young teens from out of town also make their way in when trouble hits (One of whom is played by Selena Gomez) and despite everyone’s efforts the dead simply refuses to die.

“The Dead Don’t Die” can be quite clever at times and downright hysterical due to its self aware and truly absurd humor. It’s clear that Jarmusch wants to pay respect to masters of horror such as Alfred Hitchcock and George A. Romero with references to “Night of the Living Dead,” “Psycho” and even “Star Wars” throughout his own genre picture. Like the best genre films, he uses a wide scale crisis to comment on a  wide scale crisis affecting our own world. Nothing is exactly subtle in “The Dead Don’t Die” as it very much marches to the beat of its own drum. it does this quite literally at times as the film’s slow and dry pace is matched by its own theme song played multiple times and referenced by the characters throughout. Let’s just say Sturgill Simpson is going to receive a lot of google searches after this one is over.

However, where the film lost me and I’m sure will lose many people is in how inconsistent Jarmusch’s storytelling is. There’s a subplot involving a bunch of teenager at the Department of Corrections which gets completely dropped, as mentioned before, one of the film’s characters turns out to be an actual alien and there are character arcs which are set up but provide no meaningful resolution. It’s a complete surprise to me that the film was greenlit with a script that references its own director and makes the actors aware that they are in his movie. To what end? I’m not sure. Maybe Jarmusch wants us to stop being the center of attention (hence the town name centerville) and be more aware of what is going on around us. It’s all very messy as he throws a ton of ideas into this movie with mixed results.

All in all, “The Dead Don’t Die” is a fun hangout movie that you can watch with your friends with very little investment and at worst you’ll get a few minor chuckles out of it and nothing else. At best, you’ll have an uproariously good time and understand what Jim’s intent was with the many messages he tried to cram into this film. However, I think we can all agree that he does not bring them all together cohesively to form something that truly could’ve been considered an all-time great. Instead, it’s an interesting genre picture from a man who has certainly given us his fair share of interesting films in the past and “The Dead Don’t Die” is no different. Adam Driver’s character warns us multiple times throughout the film that “this isn’t going to end well” and he was right.