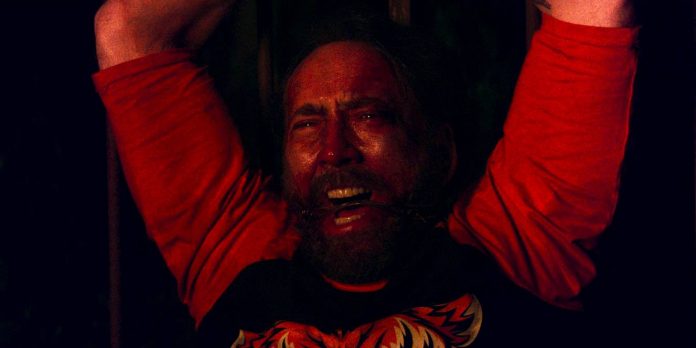 ​Just like how with yesterday, we found out which screenplays would be ineligible for the WGA Awards, as per Variety, we have now found out which films cores will be disqualified from competing for Best Original Score this year at the Oscars.

“Mandy,” the Nicolas Cage revenge thriller that featured the late Icelandic composer Johann Johannsson’s final score, was not disqualified by the music branch. The film itself ran afoul of Academy rules — it was released on VOD before it completed its qualifying run, a knowledgeable source said. Hence Johannsson’s score was never considered.

Kris Bowers’ original score for “Green Book” was disqualified because of the prominence of the source music in the movie — primarily the Don Shirley piano trio pieces played throughout the film (which Bowers himself transcribed and performed in addition to composing the score).

Veteran French composer (and three-time Oscar winner) Michel Legrand’s original score for the Orson Welles film “The Other Side of the Wind” was also disqualified, says another source, because of the considerable amount of source music he did not compose, mostly songs heard in the background during the film’s lengthy party sequence. Legrand composed about two hours of music for the film but only about 40 minutes was actually used in the final cut, compared with nearly 60 minutes of licensed, pre-existing material heard throughout the film. An estimated 70 songs also qualified this year, but none of the most talked-about tunes were lost during the vetting process, sources said.

The Academy’s shortlist for Best Original Score will be announced December 17th.