What To Make Of The Critics’ Choice Awards Nominations 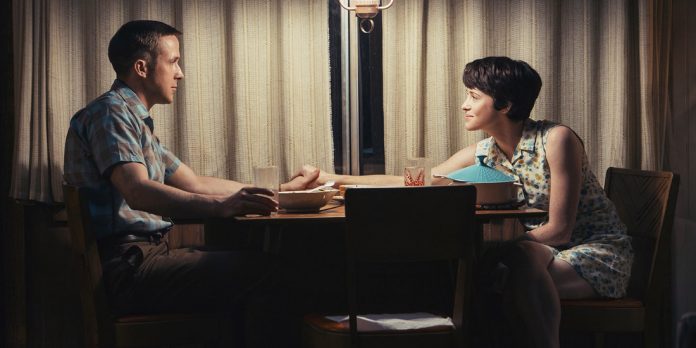 The Critics’ Choice Awards are one of the all-important televised awards shows that serve as an indicator of pre-Oscars strength. However, it’s their unique nominating format that almost always guarantees their success as one of the best Oscar predictors out there. They love to have 6 (or even 7) nominees in most of their categories (they even nominated 11 films in Best Picture one year to squeeze “The Force Awakens” in there). So, are they actually a good tool to use in making your Oscar predictions, or does their widest-possible-net approach ensure that they’ll accidentally be the most accurate? I would say, a little bit of both. If a movie or performance shows up here, it never hurts. But if something doesn’t make an appearance here, it’s not a great sign. Today, the Critics’ Choice Awards Nominations were revealed for 2018. What to make of it all?

Let’s quickly explore what was helped, what was hurt, and what these nominations tell us.

“First Man” Isn’t Completely Dead Yet
With its lack of success at both the box office and with precursor awards up to this point (especially at the Golden Globes), many were rightfully writing off “First Man’s” Oscar chances outside of a few tech categories. Today’s nominations, however, told a potentially different story. It scored nominations in virtually every category that it possibly could. In fact, its nomination total was the third most of the morning, behind “The Favourite” and “Black Panther“, respectively. Critics came to bat for it in a major way, and although they aren’t Oscar voters, its show of strength will very likely not be ignored by the Academy. Who is helped the most by this? I’d say, Claire Foy. She was one of the few elements of “First Man” that the Golden Globes apparently liked, and I imagine she’ll be nominated at the SAG Awards this week. With those 3 major nominations under her belt, it would be hard to not predict her to sneak in at the Oscars.

Peter Farrelly Could Be the Real Deal
Peter Farrelly’s directing nomination at the Golden Globes for “Green Book” was one of the biggest shocks that morning. And after showing up here, we have to seriously consider him as a potential contender. I’m still not predicting him for the Oscars myself, as the Directing branch is arguably the major branch most likely to go their own way. “Surprise” nominees pop up there all the time; just ask Paul Thomas Anderson, Lenny Abrahamson, Bennett Miller, or Benh Zeitlin (and that’s just this decade so far). I’m sure that they will eventually go for Barry Jenkins over Farrelly, even though him not showing up here or at the Golden Globes is slightly concerning.

Genre Films Are Making a Play
One of the earlier success stories of the year was “Black Panther“, and it would appear that the awards bodies are willing to reward it this season. It was a major hit with Critics’ Choice, scoring 12 nominations across the board, including Best Picture and, perhaps even more importantly, Supporting Actor and Adapted Screenplay. With this and its Globes success, it is definitely going to be a major player this awards season. Another bright spot for genre pictures this morning was Toni Collette’s nomination for “Hereditary“. This nomination, coupled with her domination of the regional critics’ awards, is very encouraging for her. It will still be a surprise if she manages to garner a nomination with the famously anti-horror Academy, but she’s proven herself to be a real contender. Also, “Mary Poppins Returns” had a good morning, with a nomination haul that I expect to be almost identically replicated on Oscar nomination morning. Lastly, “A Quiet Place” did well, showing up in 3 categories including Original Screenplay, but I still believe it will only be appreciated in the Sound categories by the Academy.

The Screenplay Race is Solidifying
Again, their large number of nominees in each category makes the Critics’ Choice not the most accurate temperature check for a film’s awards chances, but it is a good indicator of general support in the industry and the volume of its “buzz”. This bodes well for the writers of “First Reformed“, “Eighth Grade“, and “Black Panther“, and less well for the screenplay of “The Hate U Give“, which has yet to show its strength in a serious way this season.

“Suspiria”‘s Makeup is Impressing Voters
It would appear that the campaign that the awards team for “Suspiria” is mounting that focuses on its hair and makeup is paying off. It showed up here, and if it can make it past the bake-off of the notoriously fickle Makeup branch, I’d say it has a good chance of even winning at the Oscars.

Yalitza Aparicio is Still an Unknown Factor
The lead actress of “Roma” was predictably snubbed by the Golden Globes, but more unexpectedly she has yet to make a big impact with the regional critics’ groups. Showing up here is good for her, and the Academy does like to nominate under-the-radar foreign language performances, but I’m still not quite ready to predict her yet. If she gets in, it will be a pleasant semi-surprise.

“Widows” Hasn’t Been Completely Forgotten
“Widows” had a better day than it’s had in a few weeks. It finally showed up at an awards body after being completely shut out by the Golden Globes and only hitting a few regional critics’ groups. Its 3 nominations today, most notably in Editing, show that people are still talking about it. I believe it still has a very good chance to be nominated by the Academy in Editing and Sound Editing, and could possibly even squeak into that fifth slot in Adapted Screenplay (behind the expected nominees of “If Beale Street Could Talk“, “BlacKkKlansman“, “Can You Ever Forgive Me?“, and “A Star is Born“).

So, what to make of all this? Do you think these awards are an accurate precursor or just manage to be correct because of the sheer volume of their nominees? Let us know what you think in the comments section below.