The 10 People Most Overdue For An Oscar 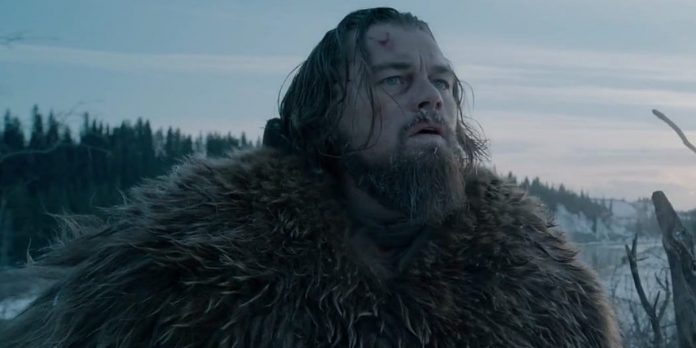 By Matt Neglia Now that DiCaprio has his long-elusive Oscar out of the way, it’s time to turn our eyes to the many others in the industry who have been passed over for gold time and time again. For the definition of ‘overdue,’ I’ll be sticking entirely to the sheer number of nominations for each individual listed here. These will primarily be the men and women who work in tech categories, simply because, unlike actors and directors, their names don’t appear on Oscar ballots. Therefore it is difficult for them to ever manage to take advantage of their overdue status. Here’s to hoping this piece can bring them some attention instead.

Leigh, unlike the others on this list is not a ‘below the line’ filmmaker. Writer/Directors seldom rack up this number of nominations without a win, simply because, their presence on a ballot allows them to develop an ‘overdue’ narrative in ways that tech filmmakers cannot. But Leigh has been ignored for the win 7 times, both as writer and director for “Vera Drake,” “Secrets and Lies”, “Topsy-Turvy,” “Another Year,” and “Happy Go Lucky.” His most recent film, “Mr. Turner,” received 4 Nominations in below the line categories. His next film, “Peterloo,” “a drama based on events surrounding the 1819 Peterloo Massacre where British forces fired on a peaceful pro-democracy rally in Manchester” could potentially net him nomination and loss number 8.

And now we come to the Sound Artists on the list. There will be a lot of Sound Mixers mentioned but here we have a Sound Editor in Wylie Stateman. He has provided sound for pretty much all of the Tarantino films, as well as “Lone Survivor’s” tremendous, immersive gunshots and explosions. He ensured an Oscar nomination for a film like “Wanted,” which otherwise would likely never have seen awards success. You can thank him for the magical soundscape of “Shrek,” and can credit him with the sound effects in 80’s gems like “Ferris Bueller’s Day Off.” This year he has Mark Wahlberg’s “Deepwater Horizon,” Oliver Stone’s “Snowden,” and Duncan Jones’ “Warcraft” as potential nominations coming up. Any of the three could add number 8 to his record.

And now we have the first of many Sound Mixers. Massey is the man behind the immersive sound work in “The Pirates of the Caribbean” films, the “X-Men” films, “Master and Commander,” “Walk the Line,” “Air Force One” and more. He received his seventh nomination without a win last year for “The Martian.” He also provided sound work for this year’s “Deadpool,” and “The Nice Guys,” and could be looking at nomination #8 for Nate Parker’s “The Birth of a Nation.”

The other half of Hans Zimmer’s “The Dark Knight Trilogy” scores, Newton Howard creates scores that are universally epic and hummable. He often manages to elevate otherwise mediocre films. Even a notorious disaster such as “The Last Airbender” can boast at least one positive aspect with Newton Howard’s score being one of the most beautiful of 2010. Newton Howard has also composed all of “The Hunger Games” scores (including 2014’s chart-topping song, The Hanging Tree). Next he will score Francis Lawrence’s Adaptation of “The Odyssey.”

And here’s another one of those poor sound guys. Hot off of a double nomination 2 years ago for “Birdman” and “Unbroken” (neither of which he won for), many thought Montaño was the frontrunner for the win last year for Sound Mixing for “The Revenant.” And then of course, “Mad Max: Fury Road” took the prize. Montaño has worked on a tremendous variety of films, from “Gladiator” to “Straight Outta Comton” to “The Fugitive” to “300.” And yet he has never won. This year he provided sound work for “The Huntsman: Winter’s War” and “Star Trek Beyond,” but neither will likely bring him nomination #9.

Were you just as shocked like the rest of the world was when Lady Gaga lost Best Original Song for her passionate ballad, “Til it Happens To You?” An important song losing was actually the least tragic part of that loss. Dianne Warren, who co-wrote the song with Gaga was on her 8th nomination without a win. She was nominated before for, among other things, Aerosmith’s legendary “I Don’t Wanna Miss a Thing” from “Armageddon” and Trisha Yearwood’s “How Do I Live” from “Con Air.” Her songs are universally catchy, emotional, and in the case of “Til it Happens to You,” often important in their meanings, but the Academy has failed to recognize her with a win for her work.

Roger Deakins is one of the greatest living cinematographers. If you disagree, go watch this scene from “Skyfall” or this one from “The Assassination of Jesse James by the Coward Robert Ford.” He celebrated his 13th Nomination last year for “Sicario” (and of course, his 13th loss). He has shot just about every film the Coen Brothers ever made (including the GORGEOUS work in “True Grit,” “No Country For Old Men,” and “O Brother Where Art Thou?”) He also found beauty in the oppressive murk of a prison in “The Shawshank Redemption.” He turned a Bond film into one of the most aesthetically pleasing films of the 21st century in “Skyfall.” On top of being singularly talented cinematographer, though, he also is very versatile as he has credits being a consultant on animated films like “Wall-E” and “How to Train Your Dragon.” When Oscars go to CGI heavy films, he has continued to do much of his work in-camera and create absolutely lush images with simple on-set lighting. He will next shoot Denis Villenueve’s “Blade Runner” follow up, which may finally cause him to snag his first Oscar as it fits the recent trend of CGI heavy blockbusters winning this category a la “Gravity,” “Avatar,” and “Life of Pi.”

Just about any one of those beautiful piano, wind chime, and whistle-heavy scores you’ve heard over the past 20 years or so comes from this one guy. Thomas Newman is one of the industry’s most talented composers. Obviously, voters love him for his creativity and consistency. They just don’t love him enough to ever give him an Oscar. Newman scored “American Beauty,” which swept nearly every Oscar category it could back in 2000, yet Thomas Newman still left empty handed. Let’s just take a moment to remember some of the stunning work Newman has created: those triumphant swelling chords at the end of “The Shawshank Redemption?” Newman. The above-mentioned pensive heartbreak that floated along every scene in “American Beauty,” which got us to look at a floating plastic bag and see beauty instead of hilarious levels of pretentiousness? That was Newman. The magical scores in PIXAR classics “Finding Nemo” and “Wall-E” that make you suddenly “have something in your eye?” You guessed it: Newman. Even better, on three of his past four nominations (for “Saving Mr. Banks,” “Skyfall,” and “Wall-E”), he got to watch himself lose to composers who won for their first ever nominations. His last nomination occurred for last year’s “Bridge Of Spies” while this year he will be scoring “Finding Dory” for Pixar, which stands a small chance at brining him nomination #14.

Sound design must be a fairly thankless job. Russell has a whopping 16 nominations without a single win. He recently got to sit back and watch his co-workers take home a Sound Editing Oscar for “Skyfall.” Unfortunately, he was unlucky enough to be nominated instead in the Sound Mixing category and face off against the impressive live vocals in “Les Miserables.” As for his other nominated films, he and the man listed in the number 1 slot worked together on nearly every film until recently. As such, they share many of the shame tragic nominations and thus, many losses. Russell has been busy on more high profile features as of late, though. Recently he mixed for “13 Hours: The Secret Soldiers of Benghazi,” “Get on Up,” and is currently working on “Transformers 5.”

20 NOMINATIONS. I repeat, 20 NOMINATIONS! People were talking about how overdue Meryl Streep was in 2011 with 18 nominations. This guy has 20 nominations and has yet to win for a single one of them, making him statistically the most nominated filmmaker without an Oscar win. It isn’t for a lack of trying, either. O’Connell has worked on countless films that not only destroy audience’s eardrums, but also destroy them artfully. O’Connell has created the sounds of just about every loud summer blockbuster imaginable, and has yet to be rewarded for a single one of them. Nominated films include: “Transformers,” “Spiderman” 1 and 2, “Pearl Harbor,” “The Patriot,” “Armageddon,” “Top Gun,” “Twister,” and 12 others I’m not going to spend my time mentioning here (but for argument’s sake, just assume they sounded great). O’Connell is so supremely competent, that he managed to snag a nomination for mixing “Terms of Endearment,” a film that doesn’t immediately come to mind as a traditional sound contender. All of this work creating sound for summer blockbusters (including “Star Wars: The Empire Strikes Back” and “Raiders of the Lost Ark”), and what has the man received? Absolutely nothing. Oh and of course, on his 19th nomination, his competition (Mike Minkler, Oscar winner for “Dreamgirls”) cattily stated “Kevin’s an OK mixer…maybe he should take up another line of work.” O’Connell has shifted to working on films less likely to be Sound Mixing contenders in recent years, such as “Pitch Perfect 2” and “How to Be Single,” so he has been largely absent from the Awards scene this decade. But this year he has provided the sound work for Mel Gibson’s well-reviewed war film, “Hacksaw Ridge.” War films are academy kryptonite when it comes to Sound Oscars, so there is a good chance he will see nomination #21 this year, and hopefully win #1. You can follow Will Mavity and hear more about his thoughts on the Oscars and Film at @mavericksmovies