Ten Horror Films To Stream On Shudder This Halloween 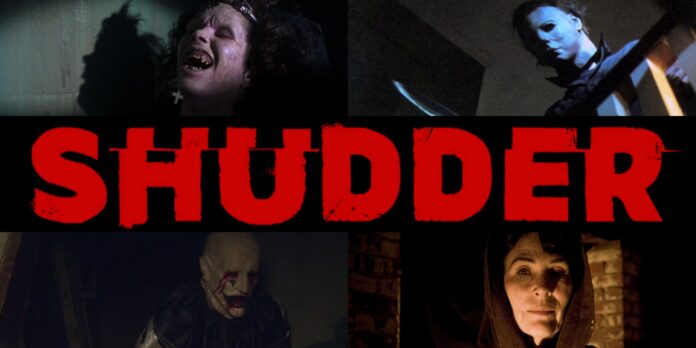 It’s Halloween, and you’re in the mood to watch a seasonally appropriate movie, of course. But as is so often the case in the streaming era, the overabundance of choices can lead to paralysis, and you probably just end up throwing on “Hocus Pocus” for the umpteenth time. Never fear; this guide is here to help you pick the ideal spooky movie for the scariest time of year. Shudder is one of the best streaming services out there; all these films are currently available on the platform and are worthy of your time this late October. 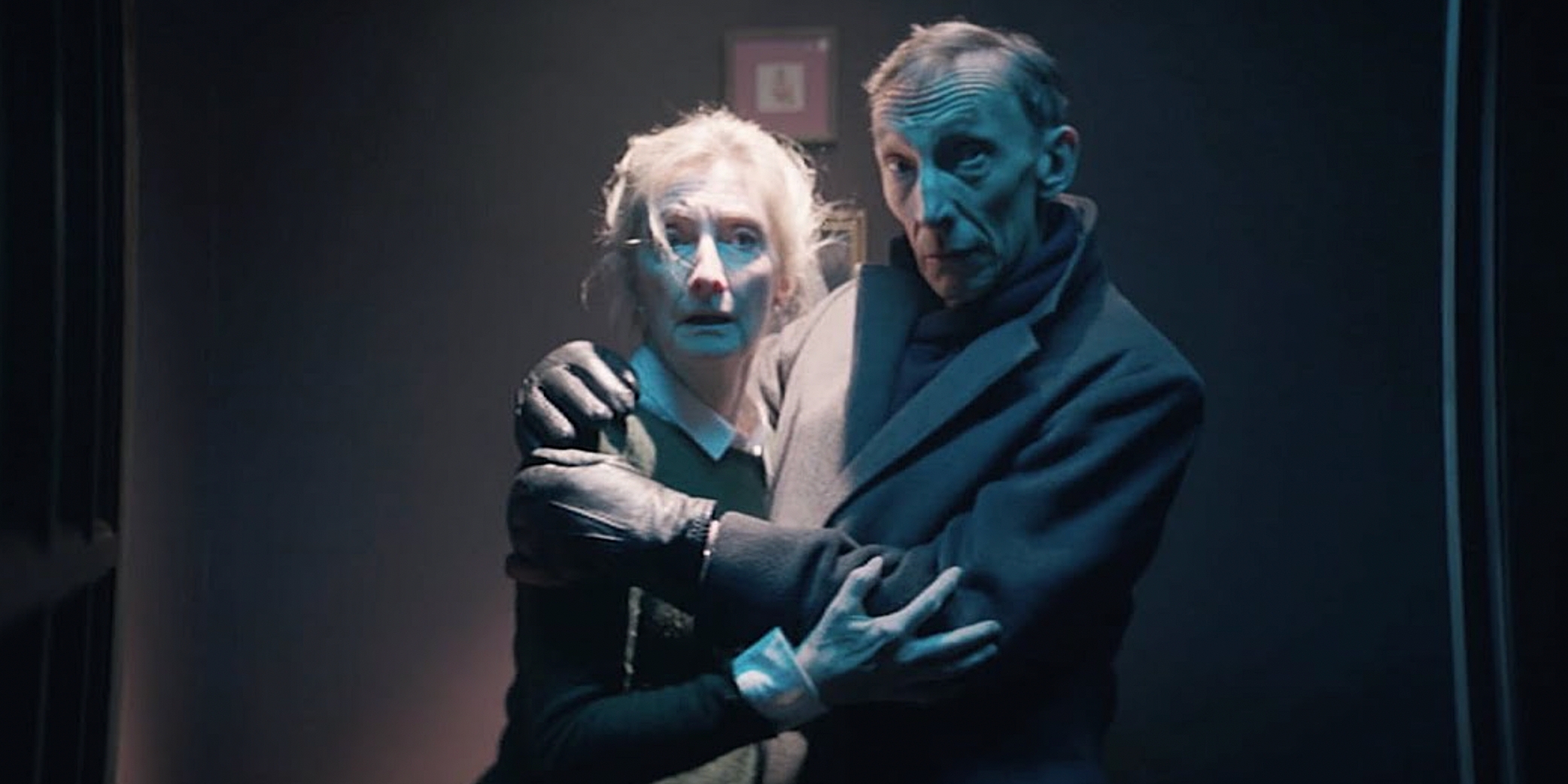 The true definition of a hidden gem, this Shudder exclusive covers territory that may seem well-worn—namely, religious-based horror featuring exorcisms. However, the conceit of this movie centers around a so-called “reverse exorcism,” wherein a grieving couple plans to put the soul of their deceased grandson into an unwillingly pregnant woman’s unborn child. This unique concept, combined with some creative scares, makes this a startlingly frightening time. 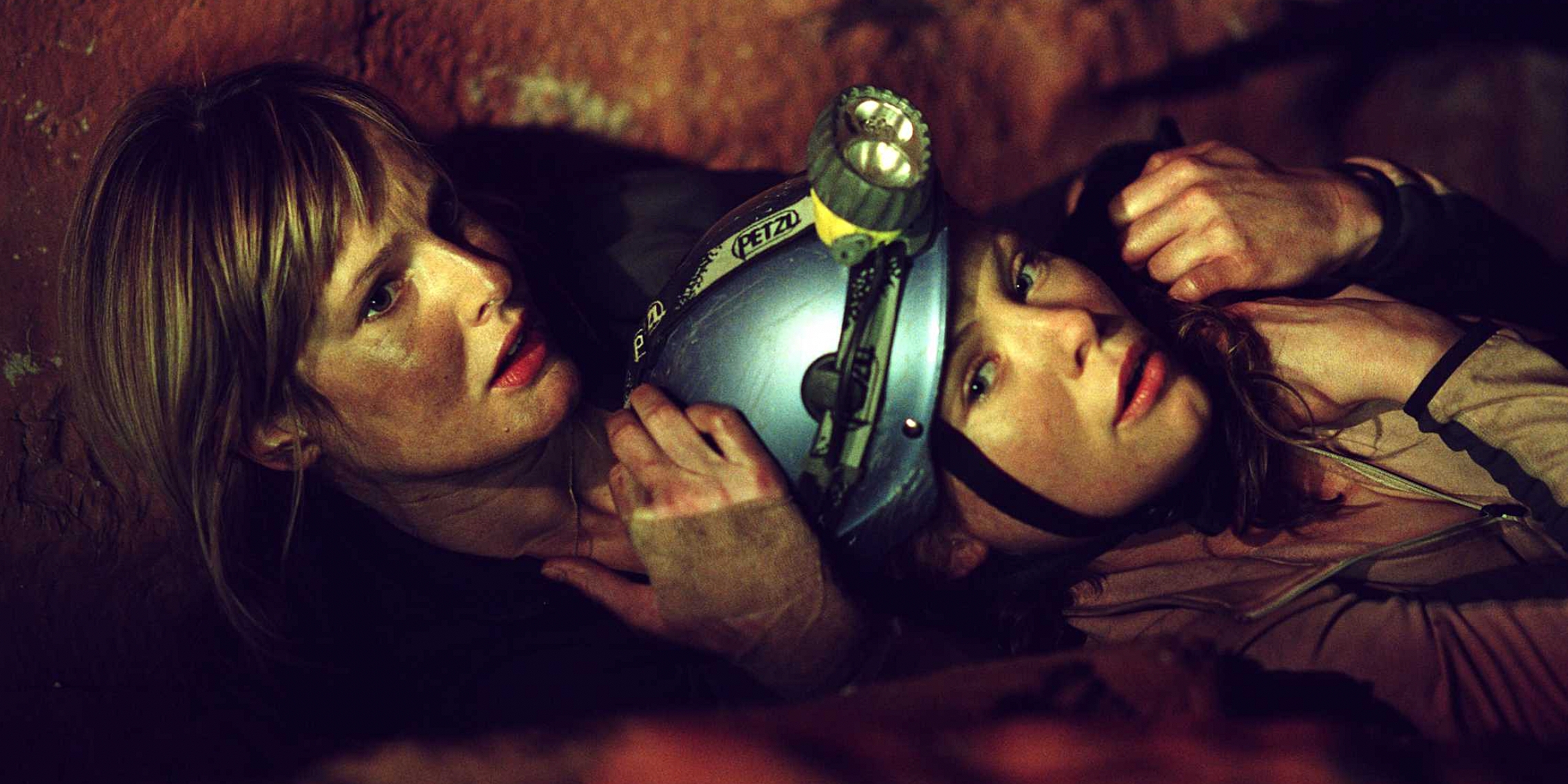 Simply one of the scariest films ever made, “The Descent” follows a group of women embarking on a spelunking expedition deep into the earth. The brilliance of the film lies in the fact that it’s terrifying and stressful even before things take a supernatural turn. Director Neil Marshall doesn’t allow the characters, or the audience, a break as the women find themselves in increasingly tighter and more dangerous paths through the cave. This film demands a fully darkened viewing room and a group of friends to scream along with.
Halloween (1978) 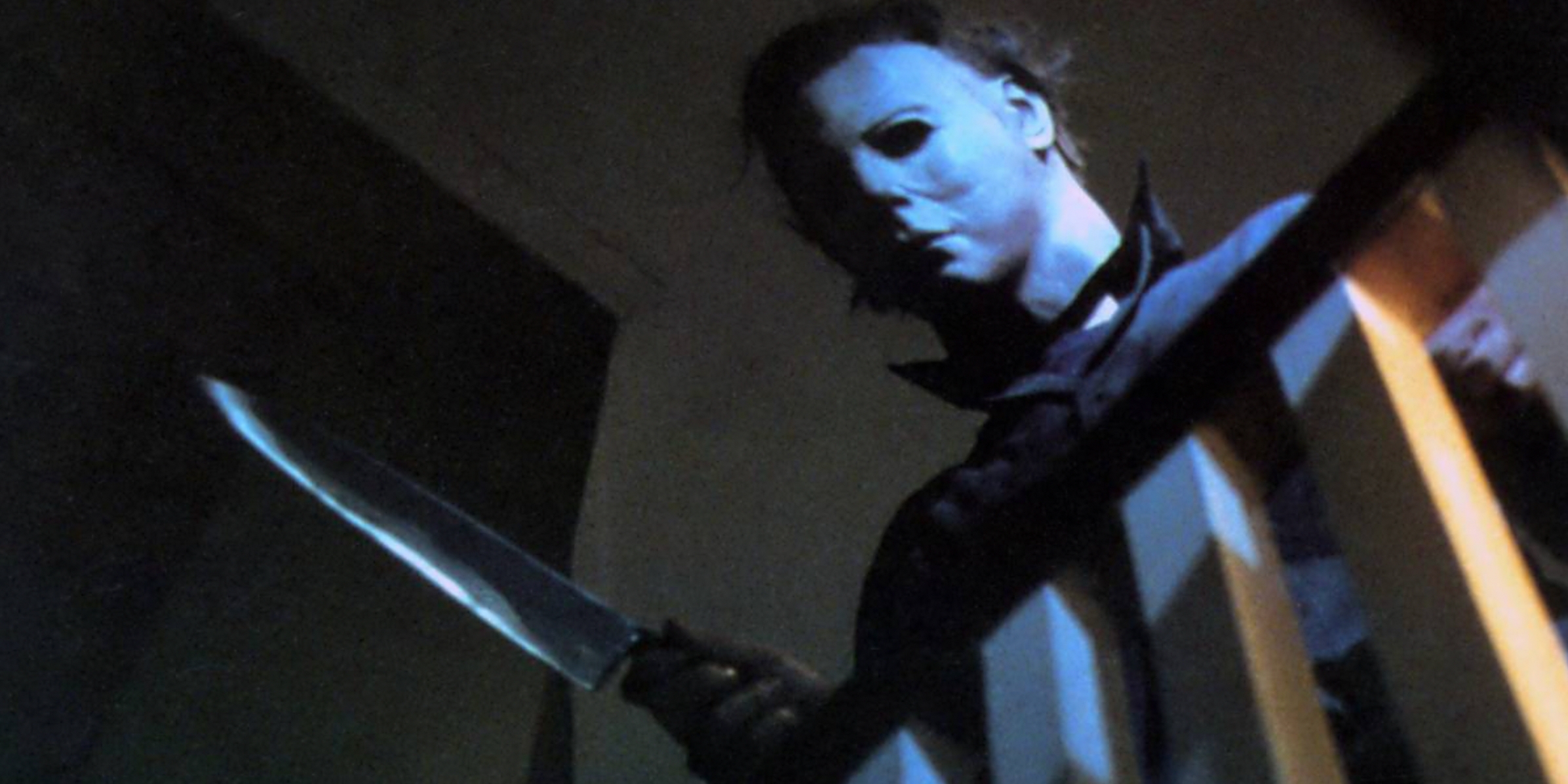 Come on now; you must watch this. Whether you make a point of watching it every year or it’s somehow passed you by entirely, it’s essential that you watch the ultimate “Halloween” film at this time of the year. No questions or objections are allowed. Put it on now.
Hell House LLC (2015) 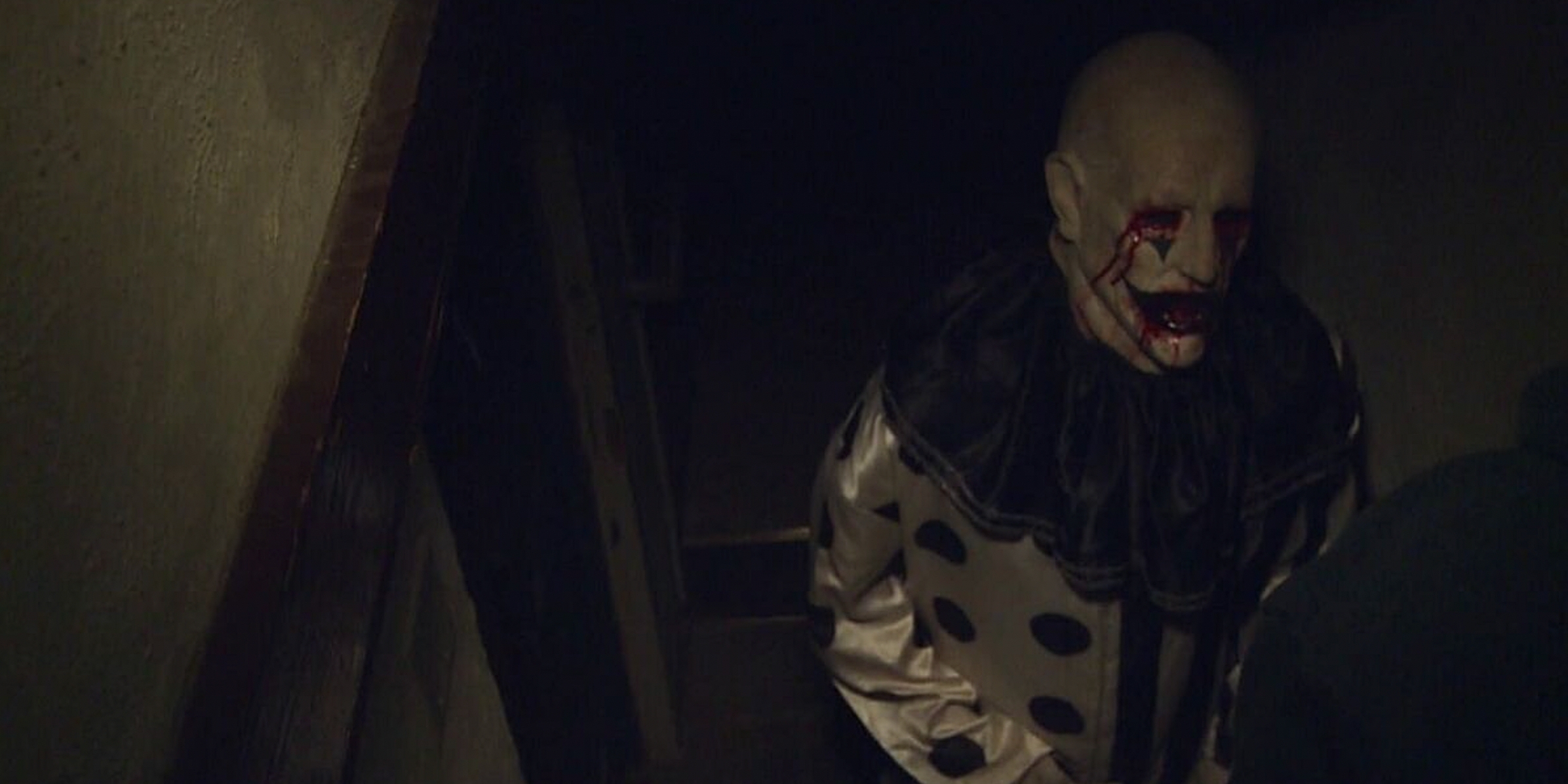 Found footage horror films can be extremely hit-or-miss, with the best of them shattering the illusion of imagination that film provides and the worst of them featuring uninspired jump scares and characters who lack even the most basic reasoning skills. “Hell House LLC” is a low-budget scare factory revolving around a group of millennials putting together a haunted house in an abandoned hotel. Of course, things start to go wrong, and the cursed environment begins to revolt against them. While some of the screenwriting and acting leave something to be desired, this surprising little film offers some genuinely terrifying moments that thrive on simplicity. In fact, the lack of budget is something of a boon in that it clearly forced director Stephen Cognetti to rely on classic “did you see that?”-type scares that are utterly, terrifyingly effective. 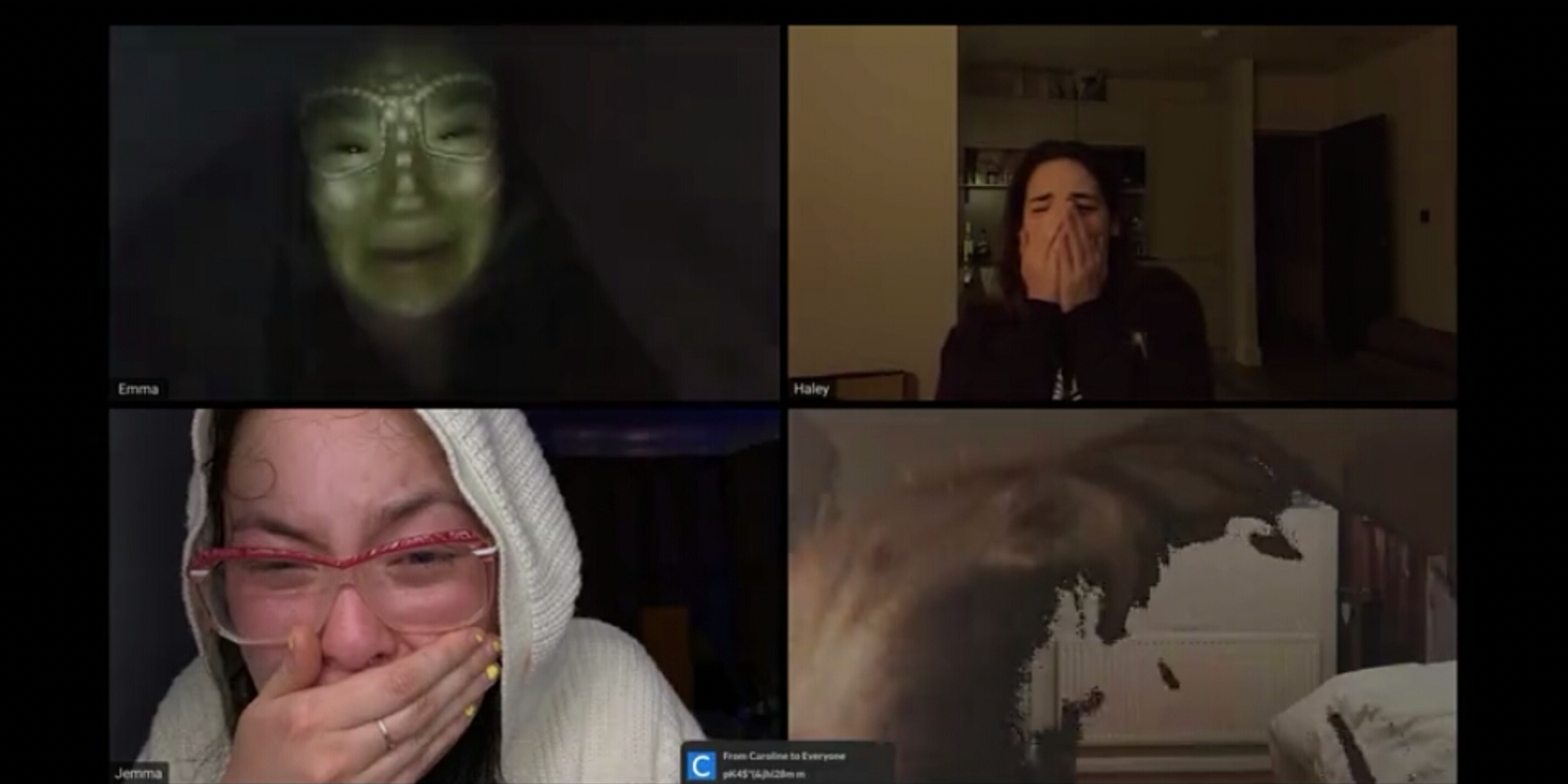 Perhaps the most defining piece of pandemic-set art, “Host,” is a quick and efficient horror film that takes place entirely on a Zoom call. A group of friends who are all isolated at their homes meets for a weekly Zoom session, and this time, one of them has invited a medium to lead them in a virtual séance. After some frustrating antics from the more clownish members of the group, the call becomes much more supernatural than any of them had expected. The film’s unbelievably frightening moments even serve as a sort of metaphor for COVID itself – these characters have done all they can to keep themselves safe, and yet, something sinister and deadly has still been able to make its way into their homes, spreading via those to whom they’re closest.
The House Of The Devil (2009) 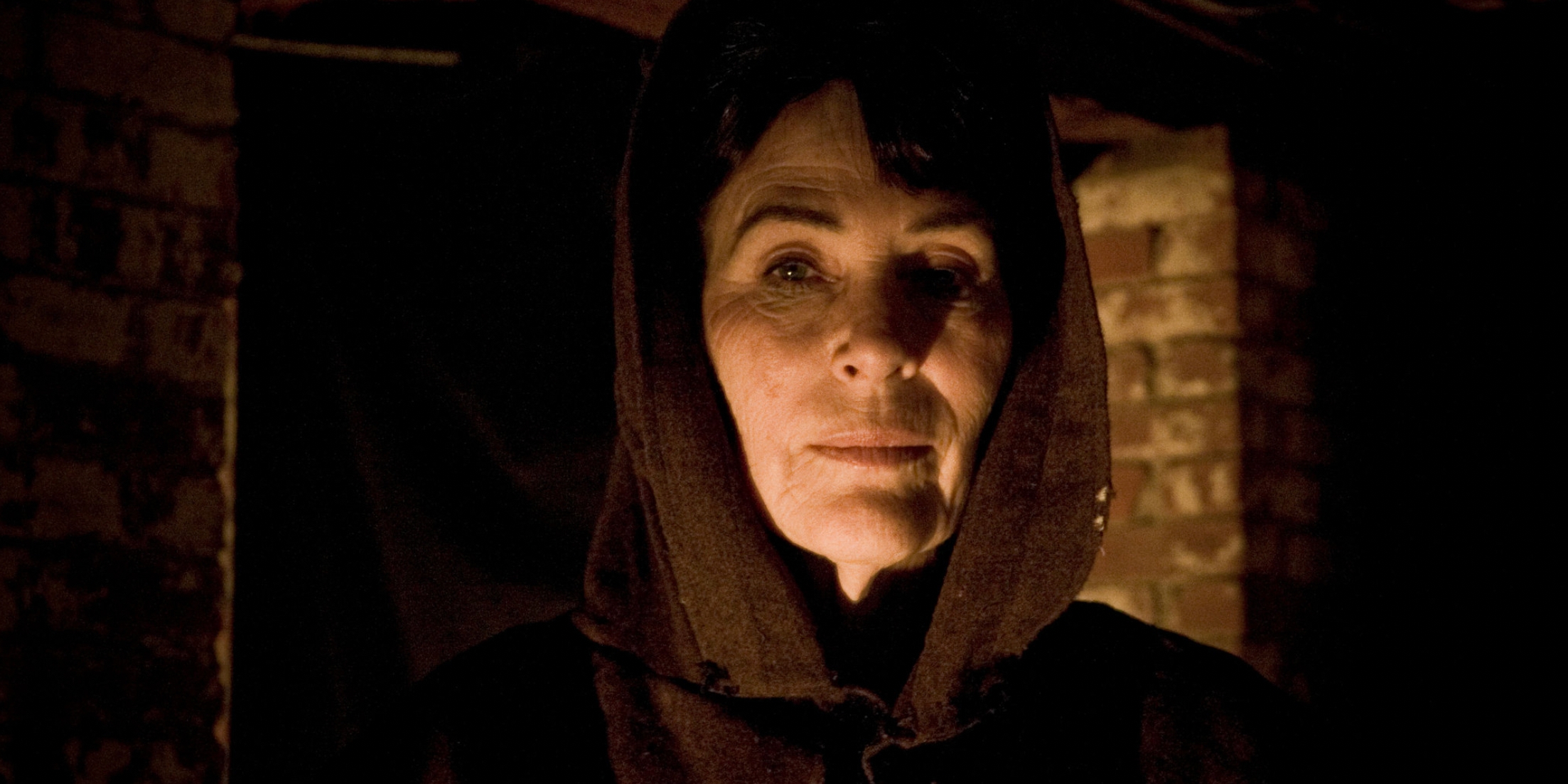 Ti West is having quite the year, with the one-two punch of his films “X” and “Pearl.” But perhaps the scariest of all his films is one of his earliest – “The House of the Devil.” This unvarnished film with a budget of less than $1 million is a fun and chilling throwback to the era of Satanic panic. The main character Samantha (Jocelin Donahue), is offered a huge payday in exchange for babysitting an unseen elderly woman in a big, foreboding house. The most surprising thing about this film is how sparse it is, with much of the runtime devoted to Samantha quietly exploring the eerie rooms and hallways of the mansion. West shows an early affinity for creating an unsettling atmosphere where things aren’t exactly what they seem.
Maniac (1980) 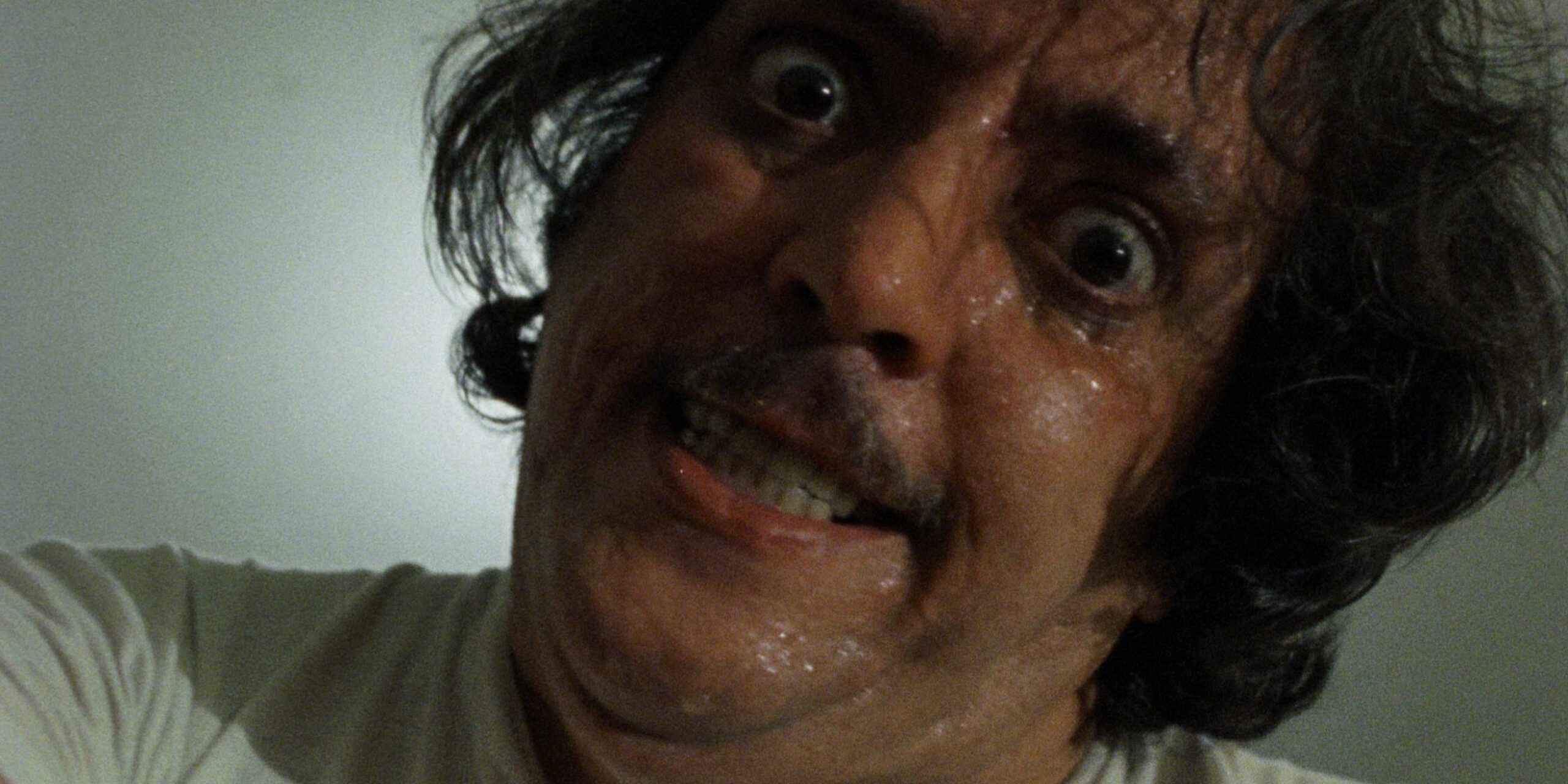 If you’re looking for an unrelenting murder fest, the original “Maniac” is just the thing. A psychological portrait of a broken mind, this film puts the audience right alongside the titular killer, played with perfect off-putting energy by Joe Spinell. Unlike other slashers, the murderer is the main character, and viewers are forced to watch all the killings he carries out in brutal detail. Legendary makeup artist Tom Savini is responsible for the gore effects, and as usual, he doesn’t disappoint. A kill involving a shotgun and a car windshield is particularly noteworthy and will be sure to have viewers howling in horror and perverse amusement. 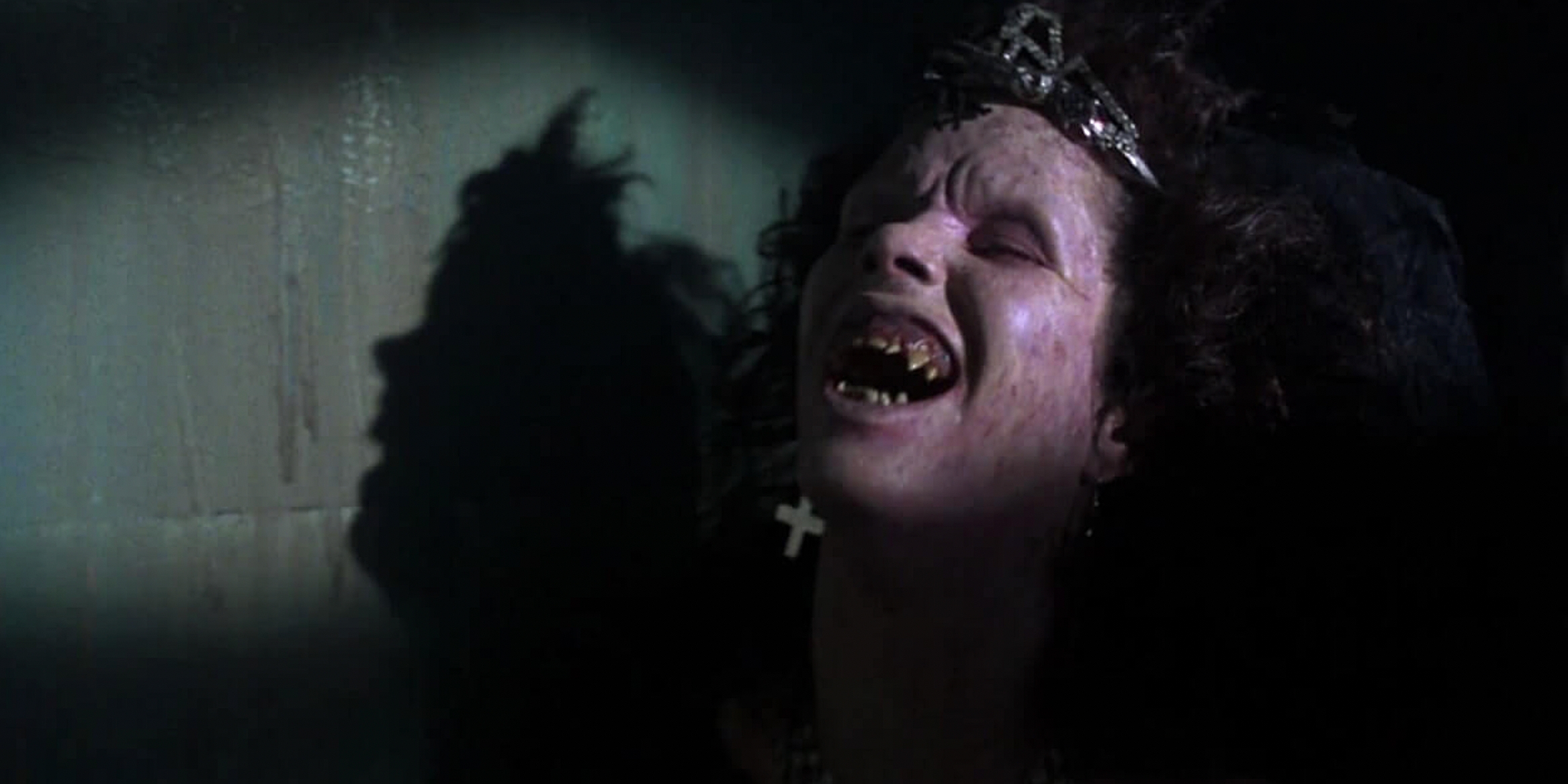 Sometimes even the most hardcore horror fans need a break from unrelenting terror, and “Night of the Demons” is exactly the kind of ridiculous, typically 80s film that is as gnarly as it is absurd. Set at an abandoned mortuary where a group of teens are throwing a party, this film features some of the most insane images one could hope to find in a film. Over-the-top, silly, and somehow still scary, “Night of the Demons” is a good time that was made to watch with friends over pizza and beer.
The Slumber Party Massacre (1982) 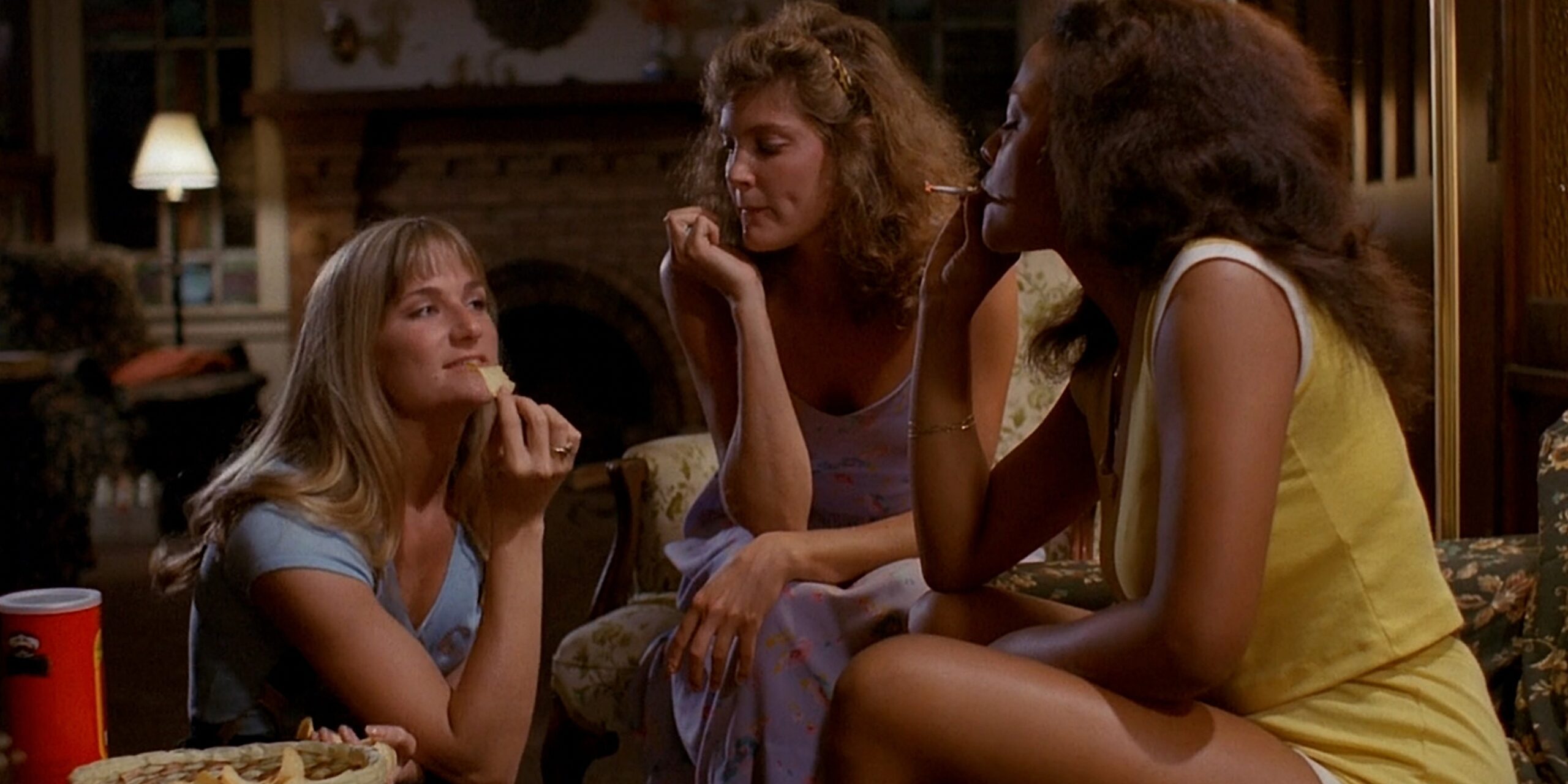 Don’t let the silly title and softcore poster fool you; this 80s flick is a knowing sendup of slasher films of the era. But unlike some satires, it isn’t obnoxious in how it calls attention to well-worn tropes and story beats. Instead, it plays as a straight-up scary movie where the thinly drawn characters are merely dominoes for the killer to knock down viciously. Notably, the not-so-subtle weapon that he uses to terrorize the group of young women is a hyper-phallic elongated drill, making clear the image of male predatory behavior that the film is skewering.
The Taking Of Deborah Logan (2014) 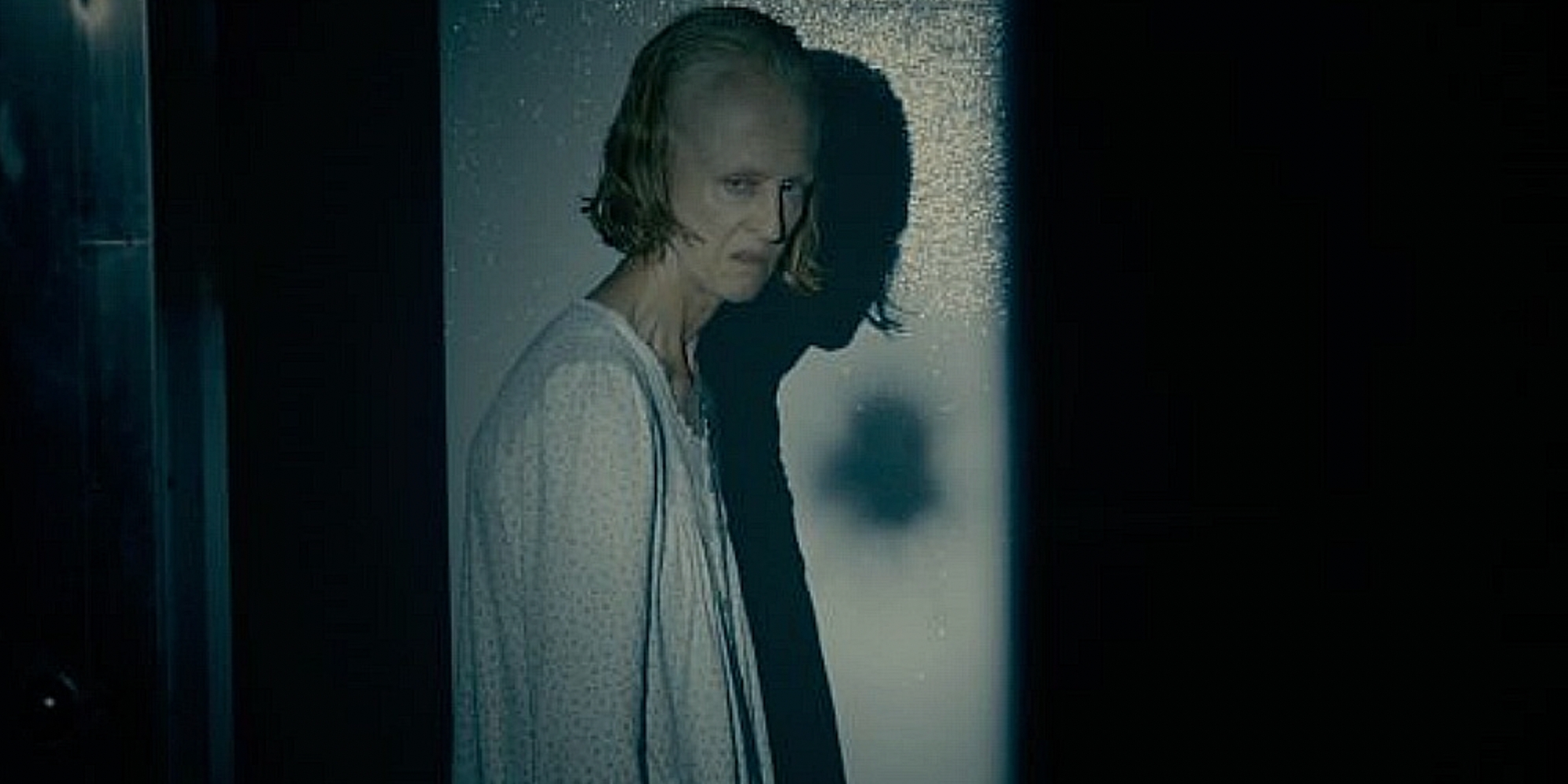 Horror films often work best as metaphors, using horrific images and situations to spotlight the terror of real-life situations. “The Taking of Deborah Logan” is an excellent example, as it explores the titular character’s battle with Alzheimer’s. However, she starts exhibiting odd behavior that cannot always be explained away as a symptom of her debilitating disease. Thanks to a fantastic performance from Jill Larson as Deborah, this film depicts the horror of watching someone you know and love seemingly transform into something else entirely.

Have you seen any of these films? If so, which is your favorite? What will you be watching this Halloween? Please let us know your thoughts in the comments section below or on our Twitter account.