Surveying The Oscar Field: The Path Is Clearing For Scarlett Johansson 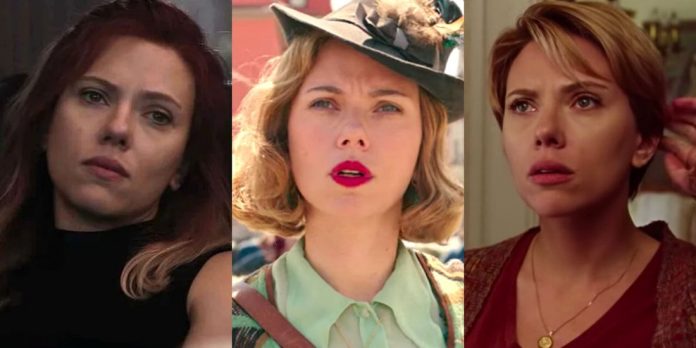 A subjective statement, yes. But I bet if you poll most people who have followed Johansson’s career closely over the years, many will no doubt say that she gives her most honest, emotive and nuanced performance yet in Noah Baumbach’s latest. Some might argue that Adam Driver outshines her, or the film focuses on her male co-star too much. I wholeheartedly disagree. Yes, the film’s narrative may follow Adam Driver a little bit more but this does not mean that Johansson does not get afforded the opportunities to make her mark on the screen. She has several big monologues, including one emotionally brutal verbal fight scene with Driver which will go down in cinematic history as one of the best ever. She showcases a full range of emotion, as she takes a complex character and makes her deeply empathetic to the audience. I don’t consider “Marriage Story” to be “The Adam Driver Show” or “The Scarlett Johansson Show.” It’s a two-hander. You can’t have one without the other, which is why I also believe that those who love Adam’s work in this movie (And believe me, there’s a lot of them), will more than likely also mention Johansson alongside him.

I can also make the argument that Zellweger is doing the best work of her career in “Judy.” I can also make the argument that Zellweger has the advantage of playing a real-life person who many in Hollywood grew up idolizing and still do to this day. But there’s one thing that I have to give the edge to Johansson to and that is “timing.” As I said before, the timing could not be better right now for both this point in Johansson’s career and also the release of “Marriage Story” which has had a consistent rollout since its premiere at the Venice Film Festival and will continue throughout December when a majority of the world will discover her work on Netflix. “Judy” premiered at Telluride and released in theaters soon after. The buzz was very strong but it hasn’t sustained. At this point, for Zellweger to have a year as Meryl Streep did in 2012, her campaign will have to come on even harder than it did when the film premiered. But by that point, will it be too late?

So what could change my mind? Obviously, if someone such as Renée Zellweger starts to steamroll the critics’ awards and wins the Critics Choice Award, the Golden Globe, the SAG and the BAFTA, yeah…I’d be crazy to still be sticking with Johansson. If “Judy” somehow receives a Best Picture nomination (unlikely), then that would certainly be a game-changer. The same logic applies to any of the other ladies in the mix as well. If there is a combination of consensus, plus a Best Picture nomination, then it’s typically game over. Right now, I think Scarlett Johansson has the best chance at achieving that since “Marriage Story” feels assured to get a nomination, she has never won (nor been nominated before) and is having a banner year in her career. Renée Zellweger could always split precursor wins with Johansson or someone else such as Charlize Theron or Saoirse Ronan could emerge as stronger contenders than their buzz suggests right now. But as of today, right now, I think the path is clear for Scarlett Johansson to go all the way. Now, all she has to do is not say anything damaging to herself during the campaign trail…but let’s worry about that for another time, shall we?

Who do you think is the front-runner for Best Actress? Be sure to see our updated Oscar Predictions, updated every Wednesday. Let us know your thoughts in the comments section below or on our Twitter account.