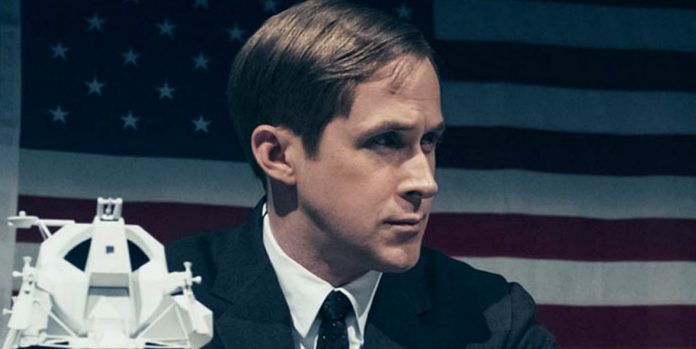 A trend has developed in recent years. For as long as I can remember, Best Actor was always the most competitive acting race of the four, always outpacing the supporting races and Best Actress. Since 2014, Best Actress has outmatched Best Actor in the number of quality performances in the race, and each year, Best Actor has become weaker and weaker. This year has materialized with a whimper rather than a bang to the point where I’m at the bottom of a barrel, scraping for traces of Best Actor possibilities. Now that we have gone through Venice, Telluride, and Toronto (and are currently underway with New York) film festivals, we have an idea of what we’re dealing with.

Even before “A Star Is Born” screened, I was calling the race as Bradley Cooper’s to lose. He will have a similar trajectory as Gary Oldman for “Darkest Hour,” based on my analysis. After receiving Academy Award nominations for “Silver Linings Playbook,” “American Hustle,” and “American Sniper,” Cooper was able to shed the skin of his drunken days in “The Hangover” series and became one of the most reliable performers of the decade. Not only has Cooper has patiently paid his dues and build rebuilt a reputation for himself but it appears that his new film may be the biggest and best work of his career. Cooper wrote, directed, produced, and wrote original songs for “A Star Is Born,” in addition to portraying the central character and singing live throughout the film. Cooper has a hell of a story to tell in his campaign narrative, in addition to boasting the career-best reviews out of Telluride and Toronto. He practically built this movie from the ground up with his bare hands. Also in his favor is, his effort with pop icon Lady Gaga, “A Star Is Born,” will likely be highly lucrative and gross profuse amount of money. From the outside looking in, it feels like the Oscar (and the other televised awards) practically already has name inscribed.

Christian Bale’s portrayal of Vice President Dick Cheney in Adam McKay’s satirical comedy, “Vice,” is the only other contender I can see giving Cooper a run for his money. Although the credibility of the final product is unknown, there is so much star power and buzz around the project, a certain amount of leeway can be granted. McKay directed Bale to his third nomination in “The Big Short,” so the two creative minds have a way of communicating that led to advantageous results in the past. In addition, Bale is pulling out physical transformation tricks in “Vice,” tactics that helped him score his first two nominations in “The Fighter,” for which he won, and “American Hustle.” He gained forty pounds to play the former tortious Vice President. He faces two hurdles: he is not “overdue” for Hollywood gold, having already won an Oscar this decade, unlike Cooper; and “Vice” has not been screened at the film festivals and skipping phase one in the awards season process can be detrimental, see “The Post” last year. But there is a possibility Bale’s character acting will be so tempting for Academy members vote for him if they are thinking about giving Cooper the win for Best Picture, Director, Screenplay, or Song.

A performance that may have looked precarious before the Venice Film Festival but has materialized into a fierce prospect for a nomination is Ryan Gosling in “First Man.” His work is said to be timid and internalized, which is why people like me doubted his chances at first. But the reviews of “First Man” are wholly solid with many passionate supporters. Gosling’s quiet acting will likely be swept into the storm of his film’s nomination tally across the board. He’s playing Neil Armstrong, to boot, which is an awards show trump card of Oscar bait. Viggo Mortensen’s performance from “Green Book” is another strong bet out of the festivals. Leading a film that wins the TIFF Audience Award is a great platform on which to begin a campaign. Obviously, the warm film has touched audiences, and Mortensen’s commitment to the role – adopting an accent and gaining weight – have been praised widely.

Unless something goes horribly wrong, or if a film suffers the hurricane of an irrevocable campaign smear, Cooper, Bale, Gosling, and Mortensen are in the lead.

The most looming disappointment to come out of the festival circuit is Hugh Jackman in Jason Reitman’s “The Front Runner.” Many pundits over the summer pegged this performance and film would be one to watch, a project that would connect to recent political history. The film has resonated but in unexpected and undesirable ways. Some were hoping audiences would connect Gary Hart’s story to Hillary Clinton’s loss in 2016, reflecting on the indignant feelings toward the media’s mistreatment of qualified candidates and the political process. Instead, audiences have found the film makes a stronger case to aid President Donald Trump’s agenda in a #MeToo era. Politics aside, the film itself is allegedly traditional to a fault and hollow. Jackman has been cited the strongest aspect of “The Front Runner,” and there is a world where he squeaks past the mixed reviews, but I would advise putting him aside, outside the top five slots is the best way to proceed at this point in time.

Robert Redford’s potential in “The Old Man And The Gun” was prominent in predictions before phase one but suffered a similar fate as Jackman. Now that the film has been seen, “The Old Man And The Gun” has been mostly been downgraded to a nostalgic film with a warm performance from Redford, but not one that would have a competitive edge in the Best Actor race. Initial reports about this being Redford’s final performance are being walked back, too, which implies the whole narrative was purely an Oscar campaign token. Another veteran, a freshly an Oscar nominee (and runner-up, after speculation that he could potentially win) for last year’s “The Florida Project,” Willem Dafoe has put his hat in the ring for “At Eternity’s Gate.” The film itself has inspired mildly positive reviews, and while his work is looked upon favorably, some have argued it may be difficult for Dafoe to break ground with the enthusiasm somewhat lacking. In all likelihood, Dafoe, if nominated, will be the lone nomination for his film.

“Boy Erased” performed well enough at the festivals, even if most argued it’s a meeker approach to a story with such a heavy central subject (conversion therapy for gay men). The overall positive reaction has maintained a constant, though the degree to which it has been praised has declined. Lucas Hedges, due to his age and typical competitive nature of the category, never felt like a strong entry to the Best Actor category, while Nicole Kidman and Russell Crowe felt more present in the discussion of the supporting races. However, my mind has changed. Hedges may have an opening with many big contenders taking a nosedive in the race. He is said to be excellent in the film and will also be seen this year in another baity project, “Ben Is Back.” Hedges has been three Best Picture nominees in the past two years: “Manchester By The Sea,” for which he was nominated in Best Supporting Actor, “Three Billboards Outside Ebbing, Missouri” and “Lady Bird.” Beat that resume.

Meanwhile, in a less optimistic prospect of a “Boy” film, “Beautiful Boy” has all but been written off as a melodramatic mess, which has largely diminished Carell’s chances for a Best Actor nomination. Film Twitter’s It Boy, Timothee Chalamet, may even be snubbed for Best Supporting Actor with the reviews the film is getting. In addition, Chalamet is said to upstage Carell in a noticeable way on the acting front. If Carell wants a practical route to an Oscar nomination this year, he better rev up a campaign for McKay’s “Vice” in Best Supporting Actor.

The long shot of the category is Ethan Hawke in “First Reformed” who many are trying to keep in the conversation as we drift farther from the film’s May 18 release date. Many critics argue Hawke delivered his career-best performance in “First Reformed,” and Paul Schrader’s film is beloved by pundits and critics. The film is philosophical, immensely well written, and allows Hake to tackle some disturbing themes. I find predicting Hawke troubling due to the film’s release date in the first half of the year, which puts Hawke at a huge disadvantage. Right now, it seems to be more advocacy than practicality carrying Hawke’s buzz but there is a world where enough of the Academy displays passion and nominates “First Reformed” in Best Actor and Best Original Screenplay.

My inclination is either Hedges or Dafoe for that fifth slot. I’m going with Hedges for now due to his double punch between both “Boy Erased” and “Ben Is Back.” Gosling and Mortensen also look to be in good shape, though “First Man” could go the way of “Arrival” and skip the acting branch and Mortensen’s chances could sink if “Green Book” undergoes hit pieces, which we know are in the pipeline since all eyes are on the film after winning the TIFF audience award. But I’m firm in my thinking that this is a two-man race between Cooper and Bale.

Do you agree with my predictions? What are your predictions? Let us know in the comments section below and be sure to check out the rest of our Oscar Predictions here.
​
You can follow Ryan and hear more of his thoughts on the Oscars and Film on Twitter at @RyanCShowers