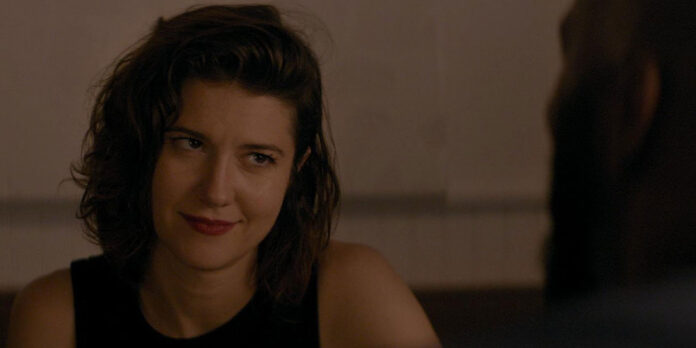 THE STORY – Nina Geld’s passion and talent have made her a rising star in the comedy scene, but she’s an emotional mess offstage. When a new professional opportunity coincides with a romantic one, she is forced to confront her own deeply troubled past.
​
THE CAST – Mary Elizabeth Winstead, Common, Beau Bridges, Kate del Castillo, Chace Crawford, Clea DuVall & Jay Mohr

​​It’s only been a year since the famed #MeToo movement has begun, and already, men (and some women) are tired of it. With Supreme Court Justice nominee Brett Kavanaugh’s confirmation in jeopardy after two women have come forward claiming sexual assault, the trending tone about this most recent barrage of accusations is an overwhelming one of fatigue. And, already, a patriarchal society is beginning to turn the tables on the #MeToo movement in order to regain some sense of order — of course, they say, Ford may have been assaulted… she just “doesn’t remember” the events or the person correctly. When a woman hears something like that, it’s no wonder she would get viscerally, and unequivocally, mad. In director Eva Vives’ “All About Nina,” Vives makes it crystal clear what an angry woman looks like, and just how vindicating being angry in today’s social climate really is.

Mary Elizabeth Winstead plays Nina, a chronically single, alcohol-infused (she’s made “of whiskey,” after all) comic pervading the streets of New York City trying to make it big. She’s got a nervous habit of vomiting after every performance, even though on stage you’d never guess she had any nerves to begin with. Her therapist provides a dusty orange couch for Nina to slump into a fit of regretful tears. Her comedy sketches involve a lot of vulgar sexual jokes and holier than thou feminism, to which she claims is her version of honesty, although, when juxtaposed with scenes of her married lover Joe (Chace Crawford) showing up uninvited and slapping her across the face, it’s clear that Nina doesn’t quite know what version of her is really the truth.

After a confrontation with her abusive boyfriend’s wife, Nina opts for a change of scenery and moves to Los Angeles to pursue a gig at Comedy Prime, the film’s version of “Saturday Night Live,” complete with its own Larry Michaels a la SNL creator Lorne Michaels. In Los Angeles, she meets Rafe (Common), a smoother than ice contractor who wants to take Nina out for a real dinner, makes sure she drinks water with each alcoholic beverage, and declares honesty the best policy from the first date. Rafe has baggage of his own, but none compares to Nina’s, whose growing feelings for Rafe multiply in the form of anxiety, more alcohol, and doing her best to hide her demons. Unfortunately for Nina, the truth never stays hidden, and her past comes up to drag her and all the progress she’s made back to its murky, cynical resting place.

Eva Vives takes no prisoners with “All About Nina.” She allows the women in this film to soak in their sexual vulgarity, making it unavoidable to ignore and harder still to look away from the train crash that is Nina Geld. This isn’t to say that the sexual vulgarity results in bad behavior; instead, this vulgarity is one woman’s way of holding on to any source of control she has left. Though “All About Nina” revolves around a comedian, the film itself is a dark reflection of the toll that being a woman in a man’s world can take on the spirit. Vives screams in this film, “yes, we KNOW you’re tired of hearing us, but we aren’t done talking.” We will probably never be done talking, but as Nina says during a prolific on-stage breakdown, she thinks she’s “pretty damn cheery” all things considered.

Indeed, Mary Elizabeth Winstead is exquisite and rotten as hell in the best way as Nina — she vomits up fits of rage and callous retorts like she ate spoiled chicken for dinner the night before. Winstead doesn’t use Nina’s depression and alcoholic traits as a crutch, instead of utilizing them as a tool to help soften Nina’s otherwise unempathetic blows. She has brought to life a woman who is at once devastatingly hard to love but harder still to ignore. This performance is assisted by Common, whose solid and stoic Rafe is sometimes too good to be true. He’s patient, goofy, and kind to Nina. He’s made mistakes, but he wears them on his sleeves. However, he is not to be confused with Prince Charming. In “All About Nina,” the only “prince” is Nina’s LA landlord and roommate, the new age lesbian Lake (Kate del Castillo), who teaches Nina more about relationships, healthy communication, and the benefits of a cat sanctuary than Nina has learned her entire thirty-three years of living. One of the best moments of “All About Nina” occurs right after the climax, and Rafe has come knocking at Nina’s door. Lake, in a t-shirt and underwear, unabashedly stands between the two, paying as much attention to Rafe as she would a speck of dust, and asks Nina if she wants her to kick him out. Lake is about as different as Nina as they come, but she’s good for Nina, whose difficulty in expressing emotion is poignantly portrayed in her stand-up scenes throughout the film.

Better still is the script, which pinpricks the real emotional gravity in this film in its comedic timing. For instance, at the beginning of the film, after sleeping with Joe — the same Joe who beat her up the night before — Nina stands in front of her mirror, practicing a new comedy routine, and says, “yeah, he hits me… but I’m fine with it. Keeps me from falling asleep during sex.” It’s funny, sure. But, speaking with a bruised cheek and deflated eyes, it’s also like being stabbed with a rusty safety pin right between your fingers. Nina, we’re listening.