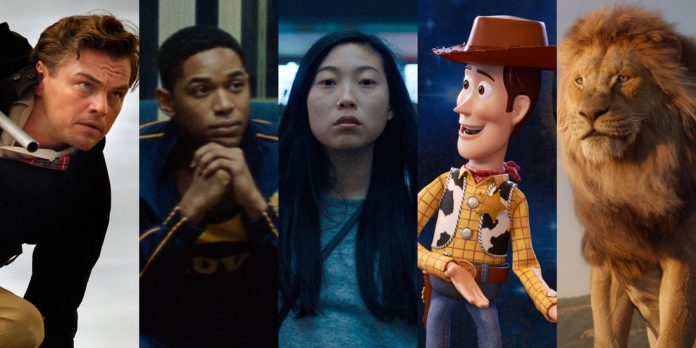 Memorial Day is in the past and summer movie season is upon us! While the blockbuster is the staple for the hot and humid school’s out season, some indie titles prove just as exciting. Here we take a look at a mix of movies big and small that will be on our radar over the coming months.

The idea of a “Men in Black” reboot wasn’t the most exciting news — that is until it was announced that Chris Hemsworth and Tessa Thompson would be reunited in the leading roles. “Thor: Ragnarok” proved the duo have excellent chemistry, and with Thompson’s bad-bitch edge and Hemsworth’s newfound comedy chops in full bloom following his turn in “Avengers: Endgame,” the new “Men in Black: International” is certain to charm, and (hopefully) queer up the buddy comedy for the better!

The long-awaited “Chucky” reboot has arrived! While at this point the quality of the movie is up in the air, some key casting decisions inspire hope! Notably, Brian Tyree Henry, Mark Hamill voicing Chucky, and Aubrey Plaza, an inspired choice that seems to pick up the mantle left behind by former scream queen, Jennifer Tilly.

Anyone who grew up with the “Toy Story” movies is certain to be curious about the latest installation, featuring a revamped feminist Bo Peep and a mysterious new character by the name of Forky. While the excitement isn’t exactly at an all-time high compared to past “Toy Story” movies, Pixar has a knack for surprising even the most doubtful with its inventive animation and heart-warming narratives.

We can’t be certain of Tom Holland’s claim to “best Spiderman” until we get a second standalone film, and after the events of “Avengers: Endgame,” fans will be more than curious to see what Marvel’s next big movie has in store considering the leaps and bounds in time. As for the rest of us wavering on whether “Far From Home” is worth the price of admission, I have four words for you: Jake Gyllenhaal as Mysterio.

Ari Aster’s follow up to “Hereditary” boasts star-on-the-rise Florence Pugh (“Lady Macbeth” and “Fighting With My Family”) in a day-lit nightmare in Sweden. What looks like a cross between “The Wicker Man” and a music festival gone horribly awry (Fyre Fest anyone?), “Midsommar” teases some extraordinary WTF moments in its trailers — making us all the more excited for its release mid-July.

Lulu Wang’s debut feature was a hit at Sundance and continues to be racking up rave reviews from critics on the festival circuit. This family drama starring Awkwafina centers around a Chinese family that discovers that their grandmother has been struck with an illness that gives her only a short time to live. Instead of revealing the sad news, Awkwafina’s Billi decides to stage a wedding as an excuse to reunite the sprawling family for her grandmother’s last hurrah. Sure to be a tearjerker, “The Farewell” is one of the most promising indies in a summer full of blockbusters.

While a bit skeptical of the CGI madness that demands we recreate beloved old films with the most lifelike details possible, I’d be crazy not to include this long-awaited remake featuring vocal performances from Donald Glover, Chiwetel Ejiofor, Keegan-Michael Key, Seth Rogen, Eric Andre, James Earl Jones, and most importantly Beyoncé. Though the trailer seems to hint that the new “The Lion King” won’t stray too far from the original, this Disney commodity is practically certain to be a box office hit, attracting old fans of the 1994 classic and new.

​Once Upon A Time In Hollywood

After the dour, cryptic standoffs of “The Hateful Eight,” we’re excited to see Tarantino return to the flashy revisionism of films like “Django Unchained” and “Inglourious Basterds.” This time around, Tarantino takes a professedly personal route, transporting us to the groove and madness of ‘60s era Los Angeles, with hippies, washed up Hollywood stars, and cult-leaders galore. With a stacked cast including Leonardo DiCaprio, Margot Robbie, and Brad Pitt, “Once Upon A Time In Hollywood” is set to be one of this summer’s most anticipated new movies.

Another Sundance selection, “Luce” is an examination of race and privilege that critics and commentators believe will have a strong presence in the upcoming Oscar race. With a cast featuring Octavia Spencer, Naomi Watts, Tim Roth, and newcomer Kelvin Harris, Jr. (who has gotten raves out of Sundance), “Luce” seems destined to be the dramatic standout of the summer.

Jennifer Kent’s divisive new movie comes with a warning due to its supposed extreme scenes of violence and abuse. But for those of us able to take on “The Babadook” director’s gothic tale of vengeance in rural Australia, “The Nightingale” promises to be a brutal period movie and a one-of-a-kind experience.

​Scary Stories To Tell In The Dark

Originally a horror book anthology for the adolescent set, news that Guillermo del Toro was spearheading the cinematic rendition of this young adult horror staple takes the hype to a whole new level. Not too much has been spoiled, but we have caught a glimpse of the iconic “Pale Lady,” who’s almost certain to join the ranks of Del Toro’s most iconic monsters.

​Blinded By The Light

Inspired by British-Pakistani journalist Sarfraz Manzoor’s lifelong obsession with Bruce Springsteen, this Sundance darling is a tender coming-of-age story that has even some cynical critics praising its unbridled pop sincerity. “Blinded by the Light” takes the American dream ala Springsteen’s iconic music and repurposes it for a whole new generation.

Which films are you most looking forward to this summer? Let us know in the comments section below or on our Twitter account.