“STREET GANG: HOW WE GOT TO SESAME STREET” 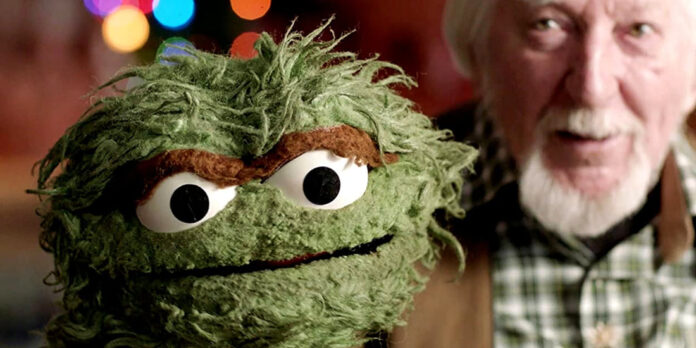 THE STORY – Take a stroll down “Sesame Street” and witness the birth of the most influential children’s show in television history. From the iconic furry characters to the classic songs you know by heart, learn how a gang of visionary creators changed the world.
​
THE CAST – Joan Ganz Cooney, Jim Henson & Jon Stone
​
THE TEAM – Marilyn Agrelo (Director/Writer)
​
THE RUNNING TIME – 107 Minutes

​​​​Most Americans grew up watching “Sesame Street,” but many of them have likely never paused to think about how groundbreaking the show was when it first debuted in 1969. “Street Gang: How We Got to Sesame Street,” which debuted at Sundance Film Festival earlier this year, details the creation and early years of the hit children’s series. Directed by Marilyn Agrelo, the documentary was inspired by the book of the same name by Michael Davis. It shares a wealth of information about the creative team, producers, and educators behind Sesame Street and how their work was revolutionary for its time.

“Sesame Street” was created by television producer Joan Cooney and psychologist Lloyd Morrisett in the late 1960s. They wanted to create a children’s television program that was bearable for adults to watch and educational for kids. In particular, their target audience was intercity kids. The show, which utilized Jim Henson’s Muppets, premiered in November of 1969 to high viewership and some controversy. It has aired on PBS in America since its debut. The documentary focuses mainly on the early years and Jon Stone’s time as head writer for the show.

For many who think of “Sesame Street” as a simple children’s show, this documentary will open their eyes to how revolutionary it was when it first premiered. The amount of research that went into formulating a show that could be genuinely educational but still engaging to the way it had a diverse cast pushed the boundaries of kids’ programming. The documentary shows how it was an experiment into something that hadn’t been done before and also how it received backlash for being an integrated show.

One of the greatest assets of this documentary is how much footage it has, from behind-the-scenes footage to new interviews. There are interviews with surviving cast and creative team members and their children, like Jon Stone’s daughters, Kate Stone Lucas and Polly Stone. It also utilizes older interviews, resulting in an impressive array of clips.

“Street Gang” is very standard in its presentation. There’s nothing innovative or noteworthy in the filmmaking, but it’s a solid, very watchable documentary. There are stories that feel rushed and parts that feel like they’re glossing over something more profound. But, its goal seems to be breadth rather than depth, and it succeeds at that.

In an older interview, Joan Cooney speaks to the show having created a “sort of form of immortality” for those who made it. “Street Gang” manages to bring these people and the incredible work they did to the forefront for perhaps the first time. It’s careful to impress upon the audience the importance of what “Sesame Street” achieved without being overly sappy. This informative but entertaining documentary is sure to make you both laugh and reflect on the show — and maybe make you want to find some old clips of Oscar the Grouch and Big Bird on YouTube.

Powered by JustWatch
Share
Facebook
Twitter
Copy URL
Previous article
Our predictions For The 2021 Film Independent Spirit Awards
Next article
“How Did They Make A Movie From That?”