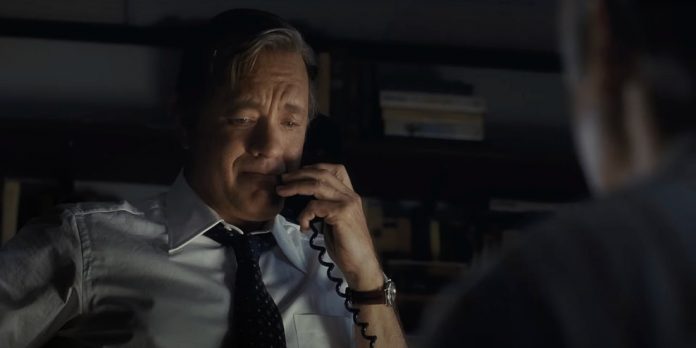 By Josh Tarpley After 2015’s “Bridge of Spies” and 2016’s “The BFG”, Steven Spielberg isn’t taking anytime to slow down. In addition to being in post-production on “Ready Player One,” he has just signed on to direct “The Post,” a historical drama telling the events of how the 1971 “Pentagon Papers” were leaked to the press. If you weren’t already excited by a politically charged drama by Spielberg, let the fact that the film will star Tom Hanks and Meryl Streep completely sell you on the idea.

​Click below to learn more about “The Post” and who all is involved with production. Deadline has confirmed Spielberg has taken on the project, which will be based on spec script by Liz Hannah. Though Hannah has been involved in various productions, for all intents and purposes “The Post” will be her debut to a national audience as a screenwriter. Amy Pascal’s “Pascal Pictures” will produce the film, with Fox handling distribution.

“The Post” was no doubt green lit due to today’s heightened political culture. Whether it be The Washington Post or Buzzfeed or Wikileaks, there is a major conversation around what is and what isn’t appropriate to be leaked to the public. In 1971, “The Pentagon Papers” was a specific study by the Department of Defense detailing the United States’ involvement in Vietnam, it was The Washington Post who released the documents publicly.

The story goes that Daniel Ellsberg, the military analyst involved in the report would ultimately ended up photocopying the papers and releasing them to Ben Bradlee (Tom Hanks), the editor over at the Post, while Streep will be playing publisher Kay Graham. No matter which way you look at it, “The Post” is sure to be one of the most anticipated films of whatever year this may be released (most likely 2018). Spielberg and Hanks’ last collaboration lead to a Best Picture nomination in the form of “Bridge of Spies,” and Streep is fresh off her 20th Oscar nomination for her performance in “Florence Foster Jenkins.”

What do you guys think? Is it appropriate to retell the story of The Pentagon Papers in today’s political climate? Do we think this is a lock for a Best Picture nomination? Let us know in the coments below!
​
You can follow Josh and hear more of his thoughts on the Oscars and Film on Twitter at @JoshTarpley7