“SOME KIND OF HEAVEN” 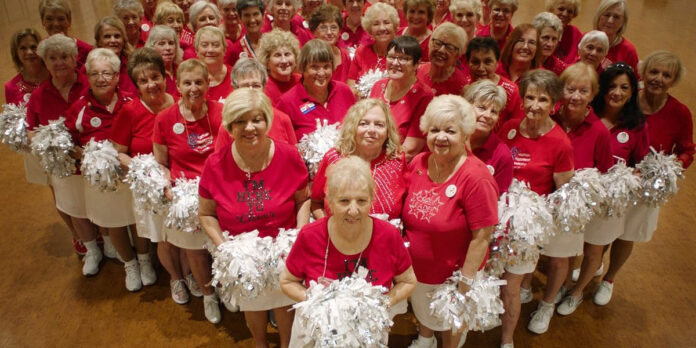 THE STORY – Filmmaker Lance Oppenheim cracks the manicured facade of The Villages — a massive, self-contained retirement community located in Central Florida. Behind the gates of this utopia lie a small group of Villages residents and one interloper who are unable to find happiness within the community’s pre-packaged paradise.
​
THE CAST – Dennis Dean, Lynn Henry & Anne Kincer

There’s a sort of myth that exists around being retired – that you will have time to relax and travel the world, indulging in life in a way that most adults haven’t done since their twenties. But the reality is getting farther and farther from that these days, as Social Security reserves dwindle and the cost of living increases. Many older Americans find themselves working for longer than they ever expected, in some cases even living in vans as they travel between minimum wage gigs (see: Chloe Zhao’s “Nomadland“). Caught somewhere between the fantasy and the harsher reality of life is Lance Oppenheim’s “Some Kind of Heaven,” a documentary about life in America’s largest retirement community.

The Villages is an age-restricted community of about 130,000 people in central Florida. As one of the gate people describes it, it’s a “community with gates, not a gated community,” because of the public roads that run through it. Everything in The Villages is designed to evoke the Small Town America that baby boomers associate with the simpler times and joys of their youth, right down to its distressed look. The buildings that make up the town center even have a made-up history that exists alongside the actual history of the development. When one of the residents describes it as “Disneyland for retirees,” they mean it in every way.

While “Some Kind of Heaven” is filled with plenty of shots and random asides that present the full picture of life in The Villages, the film focuses on four people: Anne and Reggie, a couple who have found themselves growing apart since moving to The Villages; Barbara, a widow who still works because all her savings have been eaten up and whose mind is always wandering to “home” in Boston; and Dennis, a single drifter who lives in his van which he drives around The Villages in the hopes of finding a wealthy woman to take care of him. The Villages may be, as Dennis notes, a kind of fountain of youth, but that doesn’t mean that everyone who lives there is happy. Oppenheim takes the bold step of juxtaposing scenes of the joy that can be found in the Villages – synchronized swimming and golf cart driving teams, belly dancing classes, pickleball and golf playing, and a roomful of women named Elaine – with the darker drama of his central subjects. What’s more remarkable is that Oppenheim manages to give the happier scenes a sheen of grotesquerie without making them feel fake. The last shot of the film feels like a testament to the power of the human spirit, the desire to push past the bullshit that life throws at you, and live to the fullest.

This balancing act is tricky to pull off, especially as there are numerous shots in the film that are so perfectly lit and composed that it’s hard to believe they weren’t staged. When the artifice of the film calls attention to itself so blatantly, it should make it more difficult to buy into the more genuinely emotional moments of the film. But then, even many of those moments have a touch of the absurd to them. Like when Reggie gets arrested while high and then attempts to represent himself in court, or when Dennis transfers his boxes of stuff from his van to a golf cart and drives it right up his newest paramour’s lawn, leaving a trail of clothes in his wake. That slight absurdist touch ends up making the sweeter moments feel even more meaningful. Like when Anne speaks to a therapist friend about how she’s dealing with Reggie’s “spiritual” drug use, or when Barbara gets excited at the hair salon talking about this charming golf cart salesman she met.

If anything, it feels like “Some Kind of Heaven” doesn’t dive deep enough into the darker side of life in The Villages. There’s a feint toward class commentary early on in how Barbara talks about her dissatisfaction with The Villages and how she still has to work, and in Dennis’s almost vagrant lifestyle, but it never becomes a full theme on its own. But whether by luck or by design, the stories the film follows are intriguing on their own. Oppenheim surrounds them with just enough of the larger context for the audience to understand how they fit into this world. And in its closing moments, the film manages to find the perfect image to sum up this crazy place where people come from all over to enjoy their final days. Living in The Villages may be “like being on vacation every day,” but sometimes you need a vacation from your vacation. If you’re lucky, you can find a balance, whether it’s with someone else or on your own.