So How Exactly Is Quentin Tarantino Going To Address The Manson Murders? 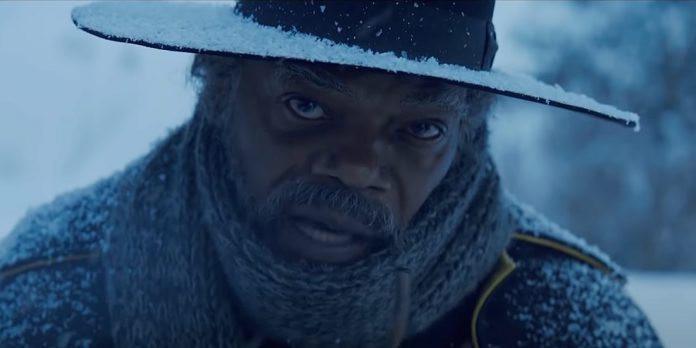 Famed director Quentin Tarantino has reiterated over and over again that he will be retiring after his 10th film. After Best Picture nominations for “Inglourious Basterds” and “Django Unchained” and the critical success of 2015’s “The Hateful Eight,” he only has two more before the supposed retirement. It has been announced that he is working on a film surrounding the Manson Family murders and this just might be his most head-scratching choice yet.
​
Click below to read more.

​Per The Hollywood Reporter, Tarantino is finishing up the script and big name talent (anybody heard of Brad Pitt or Jennifer Lawrence) are being approached for the project. There is no title or story details, but one element of the film would be the story of Sharon Tate, who was brutally murdered along with four others in 1969. Manson and certain members of his crew were sentenced to life in prison in 1971 for these murders and others.

While any subject matter involving horrifying violence makes sense for Tarantino in theory, the idea is causing concern for some. Unlike his first eight movies, this would be the first story he tells that is based on real life events (excluding the “events” that inspired “Inglourious Basterds”), what would Tarantino’s take on the events be?

It’s safe to say that he is not going to make a straightforward historical drama whose goal is to accurately retell the events, that is the subject of an HBO film or an FX miniseries. This is a Tarantino movie after all, how is he going to tell the story? Both “Inglourious Basterds” and “Django Unchained” were “wish fulfillment” films of sorts. Whether it be killing Hitler or the “slave rising up” motif, there was a sense of catharsis as Tarantino played homage to classic film tropes while also turning up the historically righteous violence.
With Sharon Tate thought to be the main role, will this project end up joining his other revisionist historical pieces with Tate turning the tables on Manson and his goons for revenge? Tarantino has a knack for writing villains we love to hate (there have already been calls for Christoph Waltz to portray Manson), it is very easy to see a film that builds up Manson as the monster he is in real life, only to flip the script and give us the catharsis of seeing him killed.

That is the only option I can realistically see, Tarantino just doesn’t seem like the person to tell a straightforward “based on a true story” movie. Right now things are moving along for the director to make the film in 2018, so we might not have to wait too much longer for more details.

This is such an interesting announcement and I’m curious to your thoughts. How do you think Tarantino will handle the material? Is this something you are looking forward to? Let us know in the comments below!