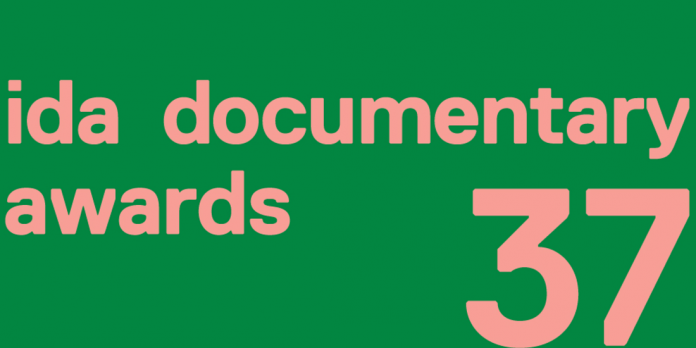 The International Documentary Association (IDA) has announced the 37th Annual IDA Documentary Awards shortlists for the Best Feature and Best Short categories. The nominees for all categories will be revealed on Monday, November 15th, 2021. The 2021 awards ceremony will take place Saturday, February 5th, 2022 at Paramount Studios. From the shortlists, up to ten nominees in each of the feature and short documentary categories will be selected. Following the nominees announcement, IDA members will vote for Best Feature and Best Short starting Monday, December 13th, 2021. ​

The shortlists and nominees are selected by independent committees of 228 documentary makers, curators, critics, and industry experts from 44 countries. 51% of the committee identified as female, 59% as BIPOC, 20% as LGBTQ+ and 2% as disabled.

“These shortlists embody a range of cinematic styles, topics, themes and perspectives that reflect the best nonfiction filmmaking from throughout the world,” said Rick Pérez, Executive Director of IDA. “From the urgent, to the poetic and profound, these films capture the unique way the documentary film is in dialogue with the national and global cultural landscape.”

What do you think of the shortlists? Anything big missing that you noticed? For me, I’m very surprised by the lack of “The Rescue,” “The Lost Leonardo,” “Becoming Cousteau,” “The Sparks Brothers,” and “The First Wave.” Currently, the only films to be mentioned at all of the major Documentary precursors (CCA, Gotham Awards and now here) are “Ascension,” “Flee” & “Summer Of Soul.” Who do you think is the frontrunner for the Best Documentary Feature Oscar? Let us know your thoughts in the comments section below or on our Twitter account.