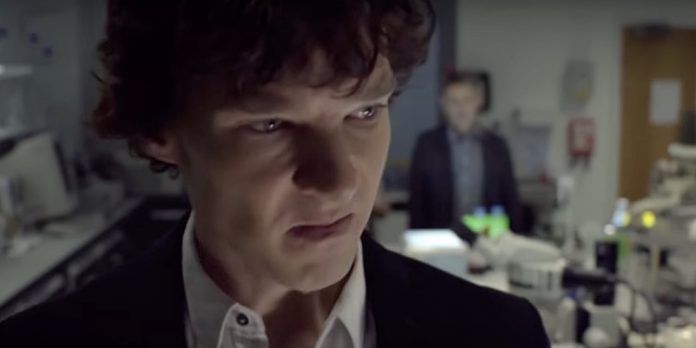 The team behind the wildly successful “Sherlock” series on BBC will be reteaming to tackle the Bram Stoker classic, “Dracula.” Though completely different genres, it makes sense that Mark Gatiss and Steven Moffat would tackle the 1897 property. Whether it be the modern day versions of characters or actually adapting the character in their original time (i.e. the “Abominable Bride” episode of “Sherlock”), the “Sherlock” team is likely to find success again here.
​
Click beyond the jump to learn more about the potential “Dracula” series

​Per Variety, though details are scarce, there are real talks going on between BBC and the “Sherlock” creators to move forward with a “Dracula” project. Gatiss has a recurring role on FX’s “Taboo” and is currently filming the upcoming BBC series “Gunpowder” alongside Kit Harington. Moffat has his hands full, overseeing what seems to be the majority of BBC big hitters (“Doctor Who,” upcoming “Jekyll”). “Dracula” will mark the first collaboration between the writers since the last episode of “Sherlock” aired back in January.

Variety’s reporting tells us that talks are extremely early, so we wouldn’t expect to hear any casting talk for some time now. As the development moves along, it is known that the show will follow the same format as “Sherlock,” with longer episodes making up miniseries (for Emmys sake, a season of “Sherlock” can be submitted as “limited series” or an individual episode can be submitted as “television movie”).

Your experience with recent “Doctor Who” and “Sherlock” will determine your anticipation for “Dracula.” We know the writers have talent and we can guess that a charismatic lead will be cast to become the face of Dracula for a new generation (sorry Luke Evans). The real question is whether or not the series will take place in the modern day. Looking at Moffat and Gatiss’ work it could honestly go either way. On one hand, if it is not broken don’t fix it, they should just follow the “Sherlock” pattern and bring the famed monster to 2018. On the other hand, going back to the 19th century could make for great television as these writers adapt a famous novel.
​
What do you think? Have you been a fan of “Sherlock” as of late? Are you looking forward to a potential “Dracula” series from the same creators? Let us know in the comments below!
​
You can follow Josh and hear more of his thoughts on the Oscars and Film/Television on Twitter at @JoshTarpley7