“SHANG-CHI AND THE LEGEND OF THE TEN RINGS” 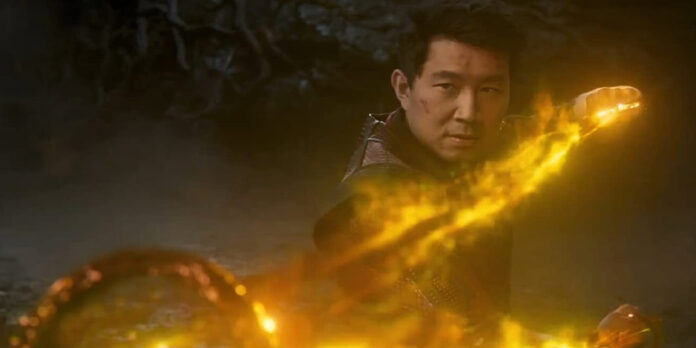 THE STORY – Martial-arts master Shang-Chi confronts the past he thought he left behind when he’s drawn into the web of the mysterious Ten Rings organization.

Director Destin Daniel Cretton (“Just Mercy“) might’ve topped the list of talented directors we never expected to tackle a Marvel film. While several filmmakers have graduated to a superhero project after their indie breakout, Cretton doesn’t fit that mold. After making one of the last decade’s best films, “Short Term 12,” starring the future Captain Marvel Brie Larson, Cretton’s follow-up films were likewise small-scale, meaningful stories. There’s little-to-no action in any of his previous films. Yet here we are, with “Shang-Chi and the Legend of the Ten Rings,” the first Marvel project with an Asian lead. Good or not, many of the Marvel films can start to blend together after a while. That’s why a movie like “Shang-Chi And The Legend Of The Ten Rings” feels like such a breath of fresh air. Much like “Black Panther,” Cretton’s latest contains intricate world-building, giving audiences a new perspective on what the universe of the MCU will look like moving forward.

“Shang-Chi And The Legend Of The Ten Rings” manages to provide a superhero origin story that doesn’t feel rote. While there’s plenty of backstory and exposition, this film avoids many of the cliches of superhero origins, like any magical moment that gives Shang-Chi (Simu Liu) his powers. Instead, much of the setup is dedicated to Shang-Chi’s father, Wenwu, played by the legendary Tony Leung in his first English-language role. Wenwu has wielded the mysterious Ten Rings for centuries, giving him intense strength and immortality. Over this extended life, Wenwu amassed wealth and power, toppling governments and world leaders, destroying anyone who stood in his way. He briefly set his powers aside to fall in love and have children, leading to the birth of Shang-Chi and his sister Xialing (Meng’er Zhang).

Let’s get something out of the way first: Simu Liu is a star. He carries this movie on his big broad shoulders with ease, balancing the insecurity needed for a young man thrust into a globetrotting conflict and the calm confidence with which Shang-Chi can kick ass. Liu is a relative newcomer, though he starred in the popular Canadian TV series “Kim’s Convenience,” but it’s clear that Marvel made a wise choice in casting him. Awkwafina joins Shang-Chi along the way as his best friend Katy, giving the expected comedic relief that the MCU has become known for. While some might be tired of Awkwafina’s schtick at this point, she plays this sidekick role well and has terrific chemistry with Liu.

The action in “Shang-Chi And The Legend Of The Ten Rings” takes inspiration from elegant wuxia films and more comedic Jackie Chan sequences. One of the most-teased fight scenes in the trailers takes place on a public bus, which doesn’t disappoint. It’s a thrilling sequence with brilliant, complex choreography that feels completely believable, even as a man with a machete for an arm joins the fray. This bus sequence features, by far, some of the best hand-to-hand combat in any Marvel movie and is one of the film’s many highlights.

While there are plenty more incredible action sequences throughout “Shang-Chi And The Legend Of The Ten Rings,” the movie does suffer from the classic Marvel over-stuffing once the third act rolls around. As the conflict naturally builds to a climactic battle scene, the hand-to-hand combat is left mainly by the wayside in favor of massive CGI creatures and explosions. The narrative has been solidly built up to this point with characters we care about, giving the climax a lot of stakes both internally and externally for our heroes, but the action becomes so much less impressive as it scales up.

In many ways, “Shang-Chi And The Legend Of The Ten Rings” has the same highs and lows “Black Panther” did. Both movies emphasize stunning world-building with a sense of style, making the audience want to experience more. Both films thrived when they were emulating a James Bond-style globetrotting spy thriller. Both films craft a compelling villain played by an actor bringing challenging shades of grey to the story. And both films get a bit too big in their finale. Even so, like “Black Panther,” “Shang-Chi And The Legend Of The Ten Rings” is a refreshing entry in the MCU that is genuinely fun and exhilarating. It doesn’t overly rely on characters from the rest of the series (except for one cameo during the film’s runtime and a few others in the post-credit sequences), making the film mostly stand on its own merits. There’s an effortless charm to it all, while the action holds up as some of the best in the franchise. It’s also got one of the most badass post-credits scenes yet. Just when you think they’ve run out of tricks, “Shang-Chi And The Legend Of The Ten Rings” will remind you once again why you love Marvel.