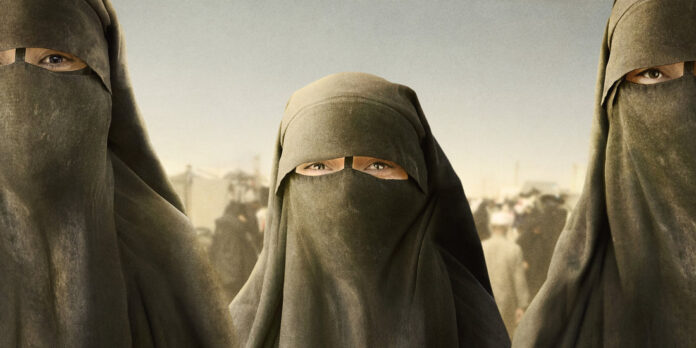 THE STORY – In August 2014, the Islamic State of Iraq and Syria (Daesh) attacked the ancestral homeland of the Yazidis, one of the oldest ethnic and religious minorities in Iraq. Among many atrocities Daesh committed was the abduction of thousands of women and girls, who were passed on as sex slaves (sabaya) among the jihadists. Five years after the attack, filmmaker Hogir Hirori takes us on an eye-opening journey that follows a group of volunteers from the Yazidi Home Center on their mission to save the women and children held by Daesh in the Al-Hol camp.
​
THE CAST – Mahmud & Ziyad
​
THE TEAM – Hogir Hirori (Director/Writer)
​
THE RUNNING TIME – 90 Minutes

​Some of the most effective documentaries in history are the ones that bring a localized struggle to the attention of a worldwide audience. “Sabaya,” the new documentary from Hogir Hirori, does just that, shining a light on a disturbing subject that hasn’t received much attention outside of the Middle East. Beyond being informative, it is a harrowing and surprisingly exhilarating portrait of survival, retrieval, and justice.

This documentary is a raw examination of a terrifying practice: the abduction and long-term enslavement of young girls and women by ISIS, or Daesh, forces in Syria. These captives are Yazidi, a Kurdish religious minority; who were stolen from the Sinjar province of Iraq in 2014 and forced to convert to Islam. Held hostage in the Al-Hol camp in northeastern Syria, they have become Sabaya or sex slaves. The film centers around Mahmud, a volunteer from the Yazidi Home Center, as he and his fellow rescuers continually sneak into the camp to retrieve these kidnapped women. They receive their information, in part, from female infiltrators who have assimilated into the culture of the camp and learned the locations of specific captives. In fact, this is Hirori’s third film on the subject of persecuted Yazidis, after “The Girl Who Saved My Life” and “The Deminer.”

It’s not hard to see why this is a distressing watch. Discussions of the violence these prisoners are subjected to are common. Mahmud and the others are seeking to save them from speaking about the horrifying conditions and treatment with a matter-of-fact tone, which is a necessity in their line of work in order to not be under constant emotional stress. This attitude is startling and sobering while also being completely understandable. But while it’s a difficult film to take in, the rescue sequences are undeniably thrilling. The film captures the triumph of a successful operation in a way that fictional movies can only dream of.

The very existence of this footage is a miracle. The access that the camera, and thus the audience, is given is continually impressive. We are inserted into the world of these brave rescue soldiers with such a shocking degree of intimacy. It would’ve been nice to have gotten a bit more of a look into what the female infiltrators do (many of whom are former Sabaya themselves). Still, given the surreptitious nature of their mission, I understand why that’s not the case. Still, the bravery of these women is beyond fascinating and a bit more coverage of them when they’re outside of the camp would’ve been an enlightening addition if it were possible. Another surprising element of the all-access filming style is that none of the women’s faces in the camps have been blurred. I was taken aback at the way we are shown their uncovered face and it, frankly, made me wonder if this was exactly the right method to be used in order to capture the truth. I can’t imagine that these women gave their consent for their image to be shown to a worldwide audience. However, if they did, it only adds to the ‘no holds barred’ approach of filmmaking.

While the movie is a fairly difficult watch overall, Hirori smartly breaks up the tension with long stretches of footage at Mahmud’s home. Here, his wife Siham and his mother Zahra help the rescued girls as they transition from the horrifying conditions of their imprisonment to their new freedom. These sequences are calming and cathartic, with the former Sabaya expressing their relief and working through their trauma. These moments also include a good amount of time with Mahmud’s precocious young son and an enjoyable assortment of farm animals, which helps the film not to be such a completely tough sit.

This shocking and eye-opening film smartly brings to light an alarming humanitarian issue that should be a more worldwide concern. Director Hirori uses his camera to effectively accomplish exactly what the best informative documentaries do: broadcast a distressing subject across the globe.