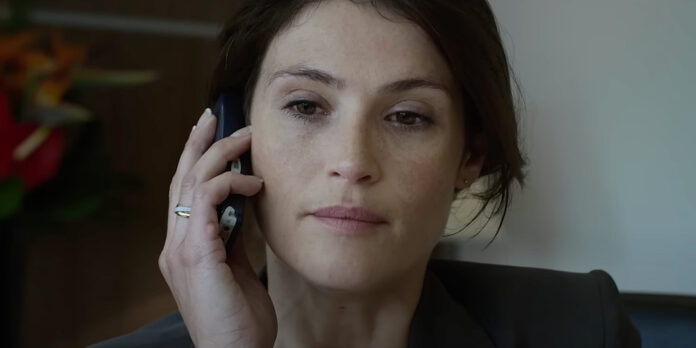 THE STORY – Conman Robert Freegard poses as an undercover MI5 agent and kidnaps countless victims amidst a high-stakes manhunt, until the woman who fell for him brings him to justice.

​​​​Recent documentaries such as “The Tinder Swindler” have introduced us to a whole new swath of con artists who charm their victims into believing every word they say until they pounce. In the aforementioned Netflix documentary, one man managed to attract women worldwide with his sweet nature and lavish lifestyle, claimed he desperately needed thousands of dollars to evade enemies, and ultimately ghosted them and moved on to his next target. Those watching at home probably think these women are all fools for believing him and those similar, but it’s easier to say when you’re not the one caught up in a whirlwind romance.

“Rogue Agent” brings another one of those similar tales to life, with James Norton and Gemma Arterton leading this sexy, mysterious, and, at times, confusing story about British conman Robert Freegard, who masqueraded as an MI5 agent. What makes it even more intriguing is that it’s based on true events, and there’s even a Netflix documentary series, “The Puppet Master: Hunting the Ultimate Conman,” on his wicked crimes. The story itself is enough to interest almost anyone, but “Rogue Agent” suffers a bit in its storytelling, often stretching itself out before diving into the juiciest bits.

The film introduces Robert (James Norton) as a friendly bartender who has a charming smile and presence but seems to be hiding something. It’s soon revealed that he’s posing undercover as an MI5 officer near a university on a mission to find students who may be affiliated or sympathize with the Irish Republican Army. He befriends three students, Sophie (Marisa Abela), Mae (Freya Mavor), and Phil (Julian Barratt), and trains them to spy on their classmates. One night, though, Robert hastily wakes each of them up in the middle of the night and tells them their mission has been compromised. Without any details, the four drive away. Seeing how much these three students put their trust in him, one would likely think Robert was telling the truth and doing what he could to keep them out of harm’s way.

Fast forward a few years, Robert is now a luxury car salesman and remains as charming as ever. He meets Alice (Gemma Arterton), a successful lawyer, who seems to think this handsome and sweet man, who loves lighthouses and cares for his ailing father, is too good to be true. Sure enough, it seems like it. During a background check for Robert Hansen, nothing comes up, but he soothes her worries by revealing he’s an MI5 agent on a secret mission and using a fake name. He lets her know that she’ll soon be vetted by his superiors as a long-term relationship partner, which makes Alice breathe a little easier.

It seems like such a tight alibi that maybe he really is telling the truth. While Alice may be swept off her feet by this romance, she’s still not ready to let go of suspicions, thankfully. When she does a background check on Robert Freegard, she finds court cases against him for harassing a woman. Later, a desperate father calls Alice hoping she can locate Sophie, who hasn’t been in contact with her parents ever since she asked for a large sum of money. Soon Alice comes face-to-face with Robert’s evil and manipulative truths that are far worse than she could have imagined.

It’s impressive and frightening how great Norton is in this role. He will lure you in with his looks and irresistible presence and then turn around and do some of the coldest, heartless acts anyone could do. He might make a great James Bond someday based on how convincing he is as a spy. Arterton, too, is lovely to watch, especially with her character’s evolution throughout the film. Going from someone who is head-over-heels with this man to doing whatever she can to bring him down, Arterton looks like she’s enjoying the journey her character goes on as much as the audience will. And though Sarah Goldberg (known for her excellent work in “Barry“) is only in the film for a short time, she also makes quite an impression with her screen time.

While the actors all bring excitement to the screen, the script holds this film back from genuinely being a smash hit. The first hour of the film slowly leads you into Robert and Alice’s relationship and their time together, but it doesn’t shine until Alice learns there’s more than meets the eye with him. From that point on, the cat and mouse game begins with these two. If the film had reached that point sooner, it would have led to a much stronger first act. Sadly, once Alice discovers the true extent of his crimes, the film goes down a predictable path that doesn’t lead to as thrilling of an ending as one would have hoped for, though it’s satisfying nonetheless (until you read what happened to Robert in real life).

There’s much to be desired with the storytelling in “Rogue Agent,” but it’s an unbelievable story that still deserves to be seen. Most of the credit goes to Norton and Arterton, who make it so much fun to watch them be cunning and go toe-to-toe with each other. They also, unfortunately, remind us of the evil out there in the world. We can only hope that people who do cruel things to others in this world get what they deserve in the end.