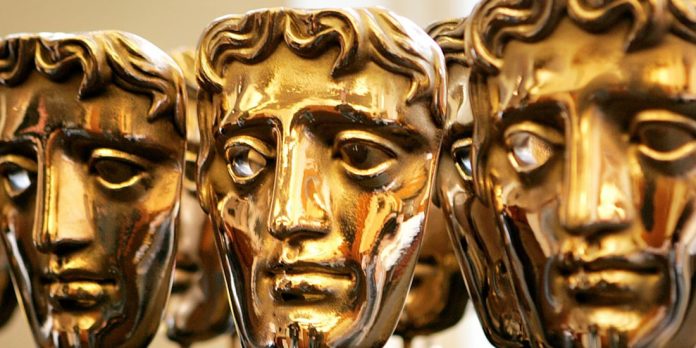 ​For most, the New Year signals a new beginning and a suitable bookend of experiences, ushering a fresh start full of the same old resolutions. For film fans, however, the New Year is merely the last turn as we head into the final stretch of awards season. January typically hosts the Golden Globes, BAFTA nominations, and Oscar nominations, at which point the firm favorites emerge from the pack and fight it out. Though at this point we usually find ourselves in a clear two-horse race, 2018 is decidedly less clear and the film world are bracing themselves for an unpredictable photo finish.

The BAFTA nominations are being announced on Tuesday 9th January (Streaming live on YouTube at 7.30am GMT or 11.30pm PST), and this year’s nominees may be the most significant in recent years. However, numerous red herrings mask themselves within the prestige that shrouds the awards.

​​Click below to see what you can expect from this year’s nominees.

​Rather obviously, the British Academy Film Awards will favor movies with a strong Blighty vibe. Last year Ken Loach’s “I, Daniel Blake” received five nominations including Best Film, Director, and Screenplay, winning for Outstanding British Film. Yet the popular British drama was shut out of the Academy Award and Golden Globe nominees altogether. Similarly, “Florence Foster Jenkins” did better at the BAFTA comparative to its success across the pond, while Emily Blunt and Surrey-raised Andrew Garfield were natural choices for Leading Actress and Actor nominations respectively.

What we can perhaps safely assume from this is a strong showing for both Christopher Nolan’s “Dunkirk” (Best Film, Outstanding British Film, Director, Editing, Screenplay, Score, Supporting Actor for Branagh, Rylance and/or Hardy plus a roster of technical and design nominations too) and “Darkest Hour,” which will likely see Gary Oldman win for his portrayal of Winston Churchill. With six wins from fifteen previous nominations, Judi Dench is the Queen of BAFTA. The leading actress field is crowded with strong performances this year from Frances McDormand (The obvious favorite), Meryl Streep, Sally Hawkins, Jessica Chastain and Margot Robbie, but Judi Dench has a habit of sneaking herself into the nominees despite falling off the pack elsewhere. Putting the Globes aside (because there are more opportunities to be nominated due to the segregation of drama and comedy/musical), Judi Dench received just one Oscar nomination in the last ten years, for “Philomena,” compared to three consecutive BAFTA nominations for “My Week With Marilyn,” “Skyfall” and “Philomena” in that order. Considering she managed a Globe nod for “Victoria and Abdul” it feels safe to assume a BAFTA nod is imminent. On a similar note, though it is less likely, don’t be surprised to see Emma Stone among the nominees this year for “Battle of the Sexes.” She did earn an easy Globes nod for a performance which was arguably weaker than both “La La Land” and “Birdman,” but with both films, she earned Globes, BAFTA and Oscar recognition. What this consistency suggests is a universal popularity among voters which may just translate again this year. If anyone will ruffle the feathers in this category, it’s definitely Emma Stone.

​The BAFTA for Best Director can be contentious and, due to the aforementioned skew in favor of British talent and productions, the results are often not in tandem with the Academy Awards, or the rest of awards season. Over the past decade, there has only been a 56% match between BAFTA and Oscar directing nominees, and among those only a 60% match between the winning directors. What this suggests is we may see a couple of red herrings among the BAFTA nominated directors that will provoke hype but ultimately face what will be branded a snubbing by the Academy. This year the unfortunate victim could be Jordan Peele, whose brilliant debut “Get Out” looks on course to break many standard award season traditions but will be lucky to find a place among the Oscar nominees. However, this is BAFTA, and with Christopher Nolan being a sure thing this season they will need to look elsewhere for their surprise. Jordan Peele is the obvious choice. Don’t be surprised if you find “God’s Own Country’s” Francis Lee cause a shock instead, though he is more likely to feature among the outstanding debut nominees.

​Finally, BAFTA will hopefully take the opportunity to put pressure on the Academy by celebrating Roger Deakins. The famously out of luck cinematographer has been nominated for 13 Oscars without success, though the Brit has obviously had more luck on home soil with three BAFTAs already on his shelf. Having generated enormous buzz for his recent work on “Blade Runner 2049,” his fourth trophy seems entirely justifiable. It may even secure his 14th Oscar nomination and, who knows, it could be his year. Additionally, “Blade Runner 2049” may feature prominently this year especially in the technical and design categories. With some extra support and a few extra campaign bucks in the right place, it could edge its way into the majors.

Make no mistake, the BAFTAs are a major award in the film awards season and have an integral role to play on a film’s road to the Oscars. But far from being a sure-fire indicator of the Academy’s nominees, it likes to play Devil’s Advocate and often looks for the obscure vote. An obscure British vote is practically guaranteed nominations. One thing’s for sure, when those names are announced on January 9th there will be some surprises. An omission here is hardly a death knell, but suffice to say, nobody wants to hit a speed bump this close to finish line.