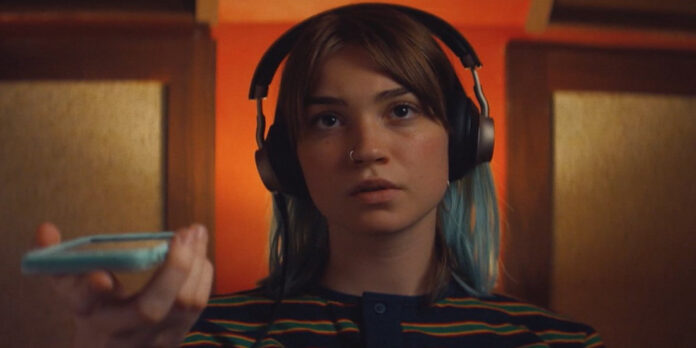 THE STORY – Lennon fuels her ambition while pursuing entrée into a podcast featuring live music and conversations with the artists she so fervently admires.​
​
THE CAST – Sylvie Mix, Bobbi Kitten, Abdul Seidu, Rachel Keefe & Z-Wolf

​​​It is a strange time for introverts. Global interaction and instantaneous communication have never been easier. And yet, the increased ability that everyone has to reach any other human can sometimes lead to those who are less fond of interaction to create versions of themselves that are not necessarily truthful. On social media and offline, everyone is seemingly trying to be someone else, and some are able to pull it off better than others. The new film “Poser” explores the limits of how a person can create the illusion of a personality using mimicry, deception, and full-on plagiarizing to chilling effect.

Lennon (Sylvie Mix) is desperate to belong to some sort of community. Shy and introspective, she struggles to make connections. But once she sets out to make a podcast consisting of interviews with underground musicians of the Columbus, Ohio, music scene, she actually begins to make new acquaintances. Most notably, Bobbi Kitten, a charming singer to whom Lennon quickly becomes close. But Lennon’s friendly interest starts to turn into something more sinister.

The directing team of Noah Dixon and Ori Segey constructed a perfectly calibrated world for their characters. The tone is always consistent and clear – even from the film’s unassuming beginning, the eerie feeling that something is off is apparent. Although the situations that Lennon finds herself in may occasionally seem objectively positive, there is always a lingering sense of sadness and apprehension, mirroring her anxious, shy personality. Smartly, the directing duo employs subtle imagery reflecting the film’s themes. Parallel visuals are sprinkled throughout the movie in surprising ways, such as art pieces, railroad tracks, and tape reels. Like Lennon, these items only feel complete when matched with their pair. In the main character’s case, she feels something is wrong whenever Bobbi isn’t near her.

As the film’s addled central figure, Mix finds variance in Lennon’s insecurities. She brings nuance and finds surprising layers to her social awkwardness. The film’s standout is Kitten, playing a fictionalized version of herself. As a musician in real life, she’s able to create a compelling character in what was likely a daunting task. It would be easy for an actor to play themselves as glamorous and enviable at all times vainly, but Kitten allows moments of self-doubt which endears her to the audience. She makes it easy to see why Lennon is obsessed.

While it’s made up of admirable parts, “Poser” can at times feel repetitive. Even at a runtime of under 90 minutes, it can’t help but meander as it makes its way to an impactful ending. Still, it’s a captivating journey into a world of quiet mania, shot with style and skillfully performed.