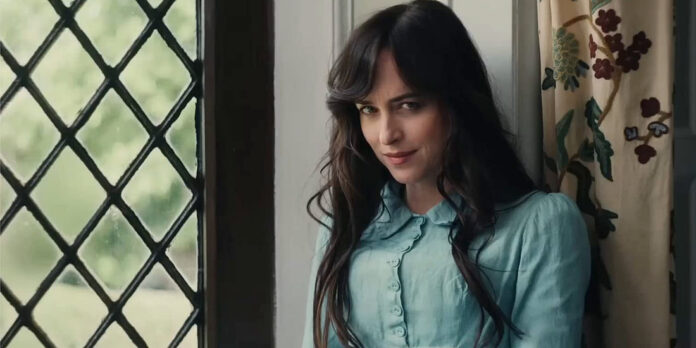 THE STORY – Living with her snobby family on the brink of bankruptcy, Anne Elliot is an unconforming woman with modern sensibilities. When Frederick Wentworth — the dashing one she let get away — crashes back into her life, Anne must choose between putting the past behind her or listening to her heart when it comes to second chances.​

​​​Has love always been complicated? If you flip through one of Jane Austen’s classic novels, you’ll find the answer to that question. Whether it’s falling head over heels for someone, experiencing heartache, or trying not to show someone how you really feel, we have lived through these universal moments for all eternity, and Austen has always had the right words to describe them.

Austen’s last completed novel, “Persuasion,” tells the tale of two former lovers who cross paths after nearly a decade apart. Distance makes the heart grow fonder, as the expression goes, and director Carrie Cracknell’s adaptation of the same name also makes that first reunion awkward and subsequent meetings a bit complicated. This edgy retelling of Austen’s novel opts for a light tone that brings a breath of fresh air to period pieces, although it might not please those looking for a more serious adaptation.

Mostly, the story remains the same from the page to the screen. It’s been eight years since Anne Elliot (Dakota Johnson) and Captain Frederick Wentworth (Cosmo Jarvis), then an undistinguished naval officer, broke off their engagement after others persuaded her that he was no match for her. After all this time, though, Anne is still heartbroken. In this retelling, the fierce and poised Anne breaks the fourth wall, similar to “Dickinson” and “Enola Holmes,” but mixed with the attitude of “Fleabag,” sharing her inner thoughts with the audience and sneaking glances and smirks when other characters, particularly her vain father Sir Walter Elliot (played by the always charming Richard E. Grant) or selfish sisters Mary and Elizabeth (Mia McKenna-Bruce and Yolanda Kettle, respectively), say or do something foolish. As usual, Johnson is as delightful as ever as she expresses with just a sly smile, “Can you believe I have to deal with these people?” But she also shows us her heartbreak and how she’s spent the last eight years: crying in bathtubs, drinking her sorrows, and lying face down in bed. She still keeps her beloved’s notes, a “playlist” he curated for her of sheet music, and a lock of his hair.

One would think being reunited with a former flame would reignite the drive to win them back, but Anne and Frederick’s first meeting is anything but romantic. Anne tries to avoid being around him as best as she can, and awkwardness ensues when they are near each other. Johnson and Jarvis play off each other so well, especially when others start to pique their interest. Frederick begins to flirt with Anne’s sister-in-law Louisa (Nia Towle), while Anne has her own fun with the dashing and handsome Mr. Elliot (Henry Golding). Seeing this love triangle is a lot of fun, and they keep it entertaining through every sweet, tense, and heartbreaking moment.

Several other technical aspects of the film deserve praise, as well. The production and costume designs are classy and elegant, mainly the grand decorations and pieces found in each manor. Joe Anderson’s cinematography is also stunning, especially in outdoor settings. He makes gardens look even lusher than they are, and in one scene when Anne and Frederick open up to each other on a beach, Anderson captures colors that perfectly complement what she’s feeling inside. Combining this with an elegant and sumptuous score from Stuart Earl, Cracknell makes quite an impression with her feature directorial debut.

A lot of credit is due to screenwriters Ron Bass and Alice Victoria Winslow, who took a very serious novel and gave it a fresh spin with a more witty tone. That might not satisfy many Austen fans who enjoy the mature nature of the novel, but a little revamping isn’t always a bad thing. If anything, this modern retelling might attract more viewers who are typically turned off by period pieces and encourage them to explore Austen’s work. “Persuasion” might be unconventional, but it flourishes for what it is seeking to do.