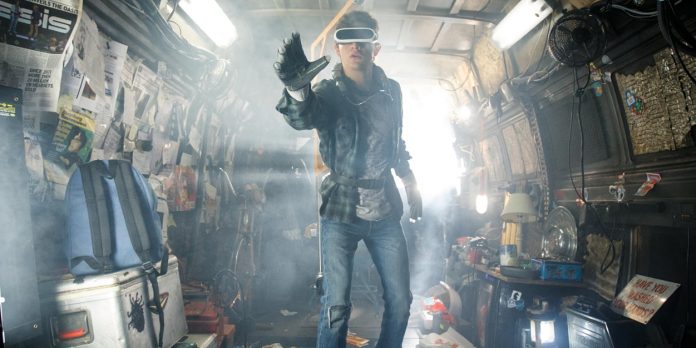 ​​As we escape the Lovecraftian fever dream that was 2017, we look forward to a new and better 2018. With any new year, there is always the hope of new films. 2018 has plenty of yet-undated films (I still maintain hope that Scorsese’s “The Irishman” will drop next year, along with James Gray’s incredible sounding Sci-Fi epic). In the meantime, we have plenty of promising 2018 films that we *know* are due this coming year. Every member of the Next Best Picture team submitted lists of their most anticipated films of 2018.

Click below to see our top 10 most anticipated films of 2018.

John David Washington (HBO’s “Ballers”…oh and he’s Denzel Washington’s son) stars in this adaptation of Ron Stallworth’s book of the same name that details the true story of an African American detective who infiltrated the KKK, ultimately rising to become the head of his chapter. Jason Blum and Jordan Peele will produce, while Spike Lee, who after “Chi-Raq” seems poised for a comeback at some point, is directing.

Following up his 2013 Best Director win for the large scale/big budget “Gravity,” Alfonso Cuaron is downsizing (Hopefully more effectively than Alexander Payne) by returning to his roots with a small, intimate Spanish language drama, starring unknown actors that follows a year in the life of a Hispanic family in the 1970s. If “Y Tu Mama Tambien” is any indication, this is one to definitely get excited over.

Steven Spielberg returns to his sci-fi roots in this CGI-filled nostalgia trip detailing the adventures of teenage Wade Watts as he embarks on an 80s-nostalgia-riddled treasure hunt through the virtual reality world of OASIS. If you ever wanted to see the most franchises collide onscreen in a single location outside of “The Lego Movie,” this is probably your best bet.

Based on Jeff Vandermeer’s best selling sci-fi series, Alex Garland’s “Ex Machina” follow-up details the journey of a group of female scientists into an environmental disaster zone. The film reportedly has had a rocky production, plagued by poor test screening reactions and reshoots galore, but still remains highly intriguing.

6. A Wrinkle In Time

Based on the classic sci-fi novel, two young children embark upon a mission across space and time to rescue their kidnapped father. DuVernay’s followup to “13th” and “Selma” has a lot of eyebrows raised due to seeing this talented female director work with a larger budget inside the studio system (Disney). Will she pull it off? Our money says yes.

Adam McKay’s follow up to “The Big Short” could be a huge Oscar player come next year due to its star-studded ensemble cast which includes a barely recognizable Christian Bale who put on a tremendous amount of weight to play Dick Cheney. With the political landscape being what it is right now, this political comedy-drama could be a big success come time next year.

In a world in which all dogs have been exiled to a remote island, a young boy hijacks a plane and attempts to rescue his canine buddy. For fans of “Fantastic Mr. Fox,” it will be a joy to see Wes Anderson return to the world of stop motion. For everyone else, it’s another Wes Anderson film with an insanely gifted ensemble.

Marvel’s first standalone POC superhero film features an all-star cast, and a unique setting, not to mention brings us another opportunity to enjoy the directorial skills of one of the most talented studio directors out there: Ryan Coogler. The anticipation is high to get a unique spin on the superhero genre. Hopefully, it will become the first Marvel film to land a Costume Design nomination, courtesy of two-time Oscar nominee Ruth E. Carter (“Amistad” & “Malcolm X”).

After three music-centric films, Damien Chazelle (“Whiplash” & “La La Land“) has opted to hew in an entirely different direction, focusing on the life of Neil Armstrong (To be played by Ryan Gosling). Chazelle will surely bring his usual visual flourishes, while the rest of the film’s cast includes Corey Stoll, Claire Foy, Kyle Chandler, Jason Clarke and Jon Bernthal.

Which films are you looking forward to in 2018? Let us know in the comments below.