Notes On Oblivion: The Progression Of Queer Cinema Since 1992 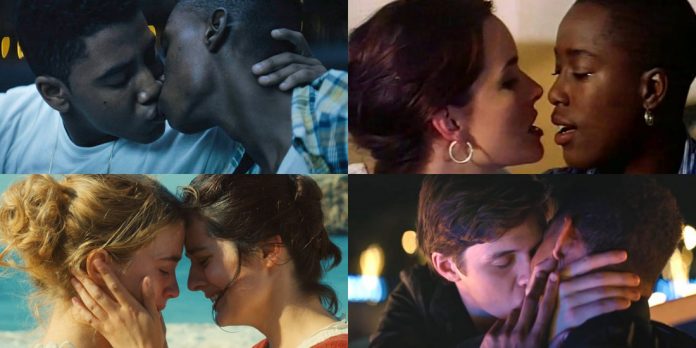 By Eve O’Dea ​
​
In 1992, film critic B. Ruby Rich released an article in the British monthly film magazine Sight & Sound titled “New Queer Cinema,” in which she commented on and examined a supposedly new trend of young, queer independent filmmakers breaking through into mainstream culture with films that explicitly commented on the modern queer (primarily American) experience. “Anyone who has been following the news at film festivals over the past few months knows that 1992 has become a watershed year for independent gay and lesbian film and video,” wrote Rich. That year, the San Francisco Gay and Lesbian Film Festival had the most successful year in its sixteen-year history – despite the National Endowment for the Arts pulling funding for the festival due to rightwing fear-mongering of queer cinema’s threat towards “family values.”

While 1992 is considered the banner year for New Queer Cinema (NQC; also known as the Queer New Wave), the era has its origins in the mid-1980s, parallel to the beginning of the AIDS crisis and the subsequent explosion of queer activism. Queer cinema, however, is as old as the medium itself. Since 1895, when William Dixon filmed two men slow dancing together in “The Dickson Experimental Sound Film,” queerness has been a part of film both in front of and behind the camera. In the silent/pre-code era, the subject was much more explicitly portrayed in European cinema, such as in “Different from the Others” (1919), “Michael” (1924), “Sex in Chains” (1928), and “Mädchen in Uniform” (1931). American portrayals, however, were often intended for comedic effect, establishing the outdated “sissy” archetype. After the introduction of the dreaded Hays Code, which explicitly banned the portrayal of homosexuality, queer characters almost exclusively became villains destined for punishment or subject to tragedy. The less than savory portrayal of homosexuality throughout the history of American filmmaking greatly informed the filmmakers of NQC, who often turned these stereotypes on their heads, sympathizing with gay villains and poking fun at puritanical heteronormative ideology.

Once the Code lost its power in the late 1950s/early 1960s, Hollywood directors had permission to explore this long-restricted taboo, both comedically (“Some Like it Hot”) and tragically (“The Children’s Hour”). At this time, queer filmmakers became emboldened to present their identity in the art. American experimental filmmaker Kenneth Anger had already been portraying homosexuality in his films since the 1940s and would continue with his landmark of underground cinema, “Scorpio Rising.” LGBT activist and drag queen extraordinaire Mother Flawless Sabrina turned the 1967 Miss All-America Camp Beauty Contest in New York City into the documentary “The Queen” that was screened at Cannes in 1968, introducing the world to an underground art form of self-expression. Two years later, director William Friedkin adapted Mart Crowley’s off-Broadway play, “The Boys in the Band,” into a groundbreaking feature film. In 1970, such a film was considered revolutionary and was a worthy endeavor, but it is now extremely difficult to watch, as it’s full of self-derogatory and pitiful characters that would stoke fear in the heart of any young gay audience member who thought they were seeing a glimpse at their future.

In 1985, “The Times of Harvey Milk” won the Academy Award for Best Documentary Feature. That same year, the second of the American AIDS crisis saw the beginning of NQC with such titles as “Desert Hearts,” “My Beautiful Laundrette,” and “Parting Glances,” starring a young Steve Buscemi as a gay man living with AIDS. Rich acknowledges such films as “Tongues Untied,” “Paris is Burning,” “Edward II,” and “Poison” as further evidence of the era. In the year of the article’s publication, two films were released, “Swoon” and “The Living End,” that both paid homage to the aesthetics of the golden age while criticizing societies’ vilification of queer persons.

New Queer Cinema did not end in 1992. Still, it continued to thrive throughout the decade, evidenced by an explosion of queer filmmaking with such titles as Cheryl Dunye’s “The Watermelon Woman,” Wong Kar-Wai’s “Happy Together,” The Wachowskis’ “Bound,” and the camp masterpiece, “But I’m A Cheerleader.” The latter would set the pace for a trend of campy gay rom-coms of the early 2000s, such as “D.E.B.S,” “Imagine Me and You,” “Saving Face,” “Kissing Jessica Stein,” and even straight-made messes like “Jenny’s Wedding.”

The middle of the decade would serve as another crucial moment for queer cinema. At the 2005 Oscars, two films with themes of homosexuality were nominated for best picture: “Capote” and “Brokeback Mountain”; the latter of which had a significant chance of winning said category. As Truman Capote, the late great Phillip Seymour Hoffman won a much-deserved Oscar for Best Actor, while “Brokeback Mountain” stars Heath Ledger and Jake Gyllenhaal were nominated for Best Actor and Supporting Actor, respectively. Three years later, Sean Penn won the Oscar for Best Actor for his portrayal of Harvey Milk in Gus Van Sant’s “Milk,” while Colin Firth was nominated for his performance as a gay man in the 1950s in Tom Ford’s “A Single Man.” At this time, it became a running joke that straight actors playing gay characters in “Oscar bait”-type movies are almost destined for nominations, arguably beginning with Tom Hanks’s first Oscar win for playing an AIDS patient in” Philadelphia” back in 1994.

Fortunately, the “braveness” of a straight actor playing a gay character seems to have all but disappeared with the current trend of queer-created and led media, much of which takes the form of coming-of-age stories focusing on young people discovering and embracing their sexual orientation. Arguably, this trend was established by Barry Jenkins’ Oscar Best Picture-winning masterpiece “Moonlight,” which follows a young Black man struggling with sexuality and home life in Miami, Florida. Since then, the portrayal of queer characters, specifically ones with happy endings, has found a strong foothold in the media landscape, allowing for a variety of different artistic portrayals, from the innocence of “Love, Simon” and “Crush” to the supernatural of “Thelma,” to the poetry of “Portrait of a Lady on Fire” and “Call Me By Your Name,” to the brutality of “Boy Erased” and “The Miseducation of Cameron Post.” With current titles such as Netflix’s “Heartstopper” and Hulu’s “Fire Island” making waves among mainstream culture as Pride Month comes to a close, cinema and television have come a long way in the past decade with their portrayal of queerness; most importantly displaying a wide variety of experiences and allowing its audiences to find reassurance that they are not alone.

​How do you feel about the current state of LGBTQ+ stories being told in today’s entertainment landscape? Were there any first-time queer cinema watches during Pride Month that specifically stood out to you? What are some of your favorite LGBTQ+ films since 1992 that you would recommend others to watch? Please let us know in the comments sections below or on our Twitter account.