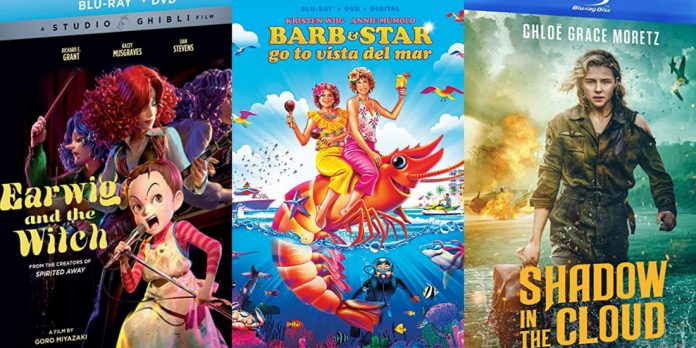 This week in the world of physical media, we have several new films arriving on Blu-ray, along with exciting releases from some favorite boutique labels!

This week, I wanted to highlight a film from the pope of trash himself, director John Waters. Many are aware of the Criterion Collection releases for his earlier films “Multiple Maniacs,” “Female Trouble,” and “Polyester.” Still, I wanted to draw people’s attention to a great release of one of his biggest and most popular films, the Shout Factory Collector’s Edition of “Serial Mom” from their Scream Factory label. From 1994, the film stars Kathleen Turner, Sam Waterston, Ricki Lake, and Matthew Lillard. It is a dark comedy about a suburban housewife who takes to murder when people cross her or her family (even over everyday rudeness like stealing a parking spot or not rewinding a VHS tape). One of Waters’s highest budgeted films, the film was a modest critical success at the time but has since become a cult classic and one of his most beloved films. ​

The Blu-ray from Shout Factory is, naturally, stellar. Being the only way to access the film on Blu-ray in the US, it is especially remarkable that it not only looks good but also has a slew of special features. New to this release is a conversation between Waters and actresses Kathleen Turner and Mink Stole. It also includes two commentary tracks, one with Waters and Turner and one with just Waters himself, as well as interviews and original promotional featurettes. I actually think this film is a great entry point into Waters’s filmography and style. While other studio films like “Hairspray” and “Cry-Baby” are perhaps his most accessible, “Serial Mom” combines the studio filmmaking and bigger budget with his earlier dark sensibilities and outrageous humor. It is also a fascinating commentary on true crime and the media coverage surrounding murderers and features a tremendous lead performance by Kathleen Turner that should join the cinematic iconography of charismatic killers.