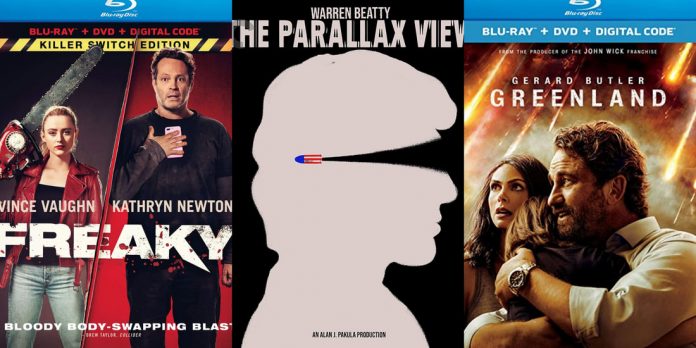 This week, several recent films are coming to Blu-ray, as well as some unique and underrated films from a couple of boutique brands. Plus, a 2010s sci-fi film comes to 4K. Let’s get started!​

They are also releasing the 1970 romantic classic “Love Story.” Directed by Arthur Hiller and starring Ryan O’Neal and Ali McGraw, this release comes just after the film’s 50th anniversary in December 2020. From a 4K master, the release also includes an audio commentary with Hiller, a TCM introduction, a discussion on the film with critic Leonard Maltin, and a retrospective featurette.

Back in late-2020, during their Cyber Monday sale, I picked up my first ever batch of Warner Archive titles, and since receiving them, I have slowly been working my way through. Warner Archive is a wonderful company in terms of preserving older films and giving them high-quality transfers, as well as showcasing original classic posters with their cover art designs. One of the films I got and would like to recommend this week is a 1975 crime film that I watched for the first time in film school in a noir class and that I feel is a hidden gem and that is Arthur Penn’s “Night Moves.” The film stars Gene Hackman as a private eye tasked with tracking down the runaway daughter of a washed-up actress in the Florida Keys. It also stars Jennifer Warren, Susan Clark, a young James Woods, and the first major film role of a young Melanie Griffith. Not only is this an engrossing and engaging neo-noir, but it also contains surprisingly graphic and unsettling violence towards the end of the film that feels incredibly bold. Plus, the sunny Key West setting makes for a rather unconventional look for a crime film that I quite enjoy.

As far as the release, it looks incredible, coming from a 4K scan. Warner Archive is known for its transfers and this film is no exception. It is more of a bare-bones release in terms of special features (Warner Archive can be like that at times). However, the film is harder to find otherwise, so it is worth it for the film alone. Gene Hackman gives an excellent performance as usual. If you’re a fan of him or this era of crime films, I would highly recommend not only seeking out the film to watch but this release of it as well, featuring it in the best quality possible.