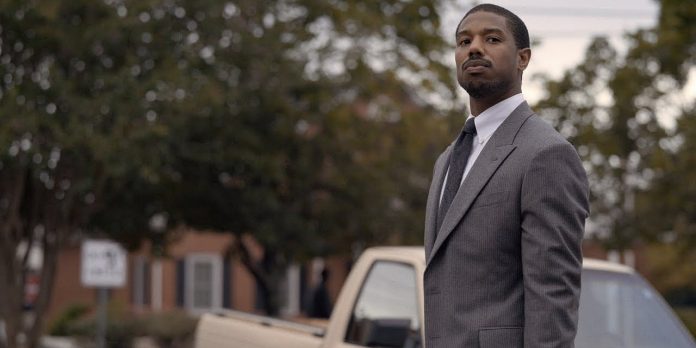 ​I miraculously wake up just before my 6:30 AM alarm. I say “miraculously” because I did not go to bed until after midnight and I was tired all day the day before. I want to make sure I am up early enough to get coffee before getting in line early for the day’s first screening, which I am sure will be popular: The first screening of Marjane Satrapi’s Marie Curie biopic “Radioactive”, at the TIFF Bell Lightbox. I perhaps did not need to get in line quite as early as I did, as the screening ends up being packed but not completely full, but I’m glad I had a lot of seats to choose from, at least! About five minutes into the film, I was worried that it was going to be “The Iron Lady”: Science Edition, but thankfully it got better as it went along. Rosamund Pike is terrific, and hopefully this will land her back in the Oscar conversation whenever the film actually gets released.

Before the screening, I noticed I had an invite in my Inbox to attend the Gala premiere of “The Friend,” starring Casey Affleck, Dakota Johnson, and Jason Segel, and I decide to reply and see if there are tickets still available. I was supposed to see Alejandro Amenábar’s Spanish Civil War drama “While At War” at that time, but now that Spain has chosen Pedro Almodóvar’s “Pain and Glory” as their submission for the Foreign Langua– sorry, International Film Oscar, it’s no longer a priority for NBP coverage. I get a reply almost instantly that yes, tickets are available, and just like that, I’m attending my first Gala at TIFF! After “Radioactive” I head over to the Press & Industry box office to attempt to return my ticket for “While At War” so that it can be made available for purchase or to the Rush Line, but I misread the instructions and they have to be returned at least 12 hours before a screening. I put out the call on Twitter to see if anyone wants it, and head over to Scotiabank for Roy Andersson’s new film, “About Endlessness.”

Half an hour before the screening, the theater is more than half full, which warms my heart greatly. Andersson is definitely niche, as he has a very distinctive style, but that niche is very much mine as well, and I’m thrilled to be among people who feel similarly. I get to know the women sitting next to me, who work for a British cinema exhibition company, and talk about the films we’ve seen. One has just seen Justin Kurzel’s “True History of the Kelly Gang,” and thought it had its moments, but checked out during one particular scene that she thought was clichéd and crossed a line. We talk a bit about violence (and the threat of it) in film and when we are fine with it and when we are not (see: my recent article on this very topic on this very site), and it’s interesting to hear their perspective.

“About Endlessness” is just as much a Roy Andersson film as “A Hidden Life” is a Malick film, but whereas you always know exactly what you’re going to get with Malick, you never quite know exactly what you’re going to get with Andersson, and even though I hear some comments leaving the screening that amount to “well, the bloom is off that rose,” I enjoyed it very much. Not as much as his previous films, but still. After the hour of Swedish existentialism, I need something fun, so I head to the new Takashi Miike film, “First Love.” I could do Armando Ianucci’s “The Personal History of David Copperfield”, but reviews from the premiere last night didn’t convince me that it needed to be seen right away. The film will be released in 2020, so there is plenty of time. “First Love” feels like early Tarantino on steroids, with Miike’s signature sense of humor adding a wicked sense of fun to the yakuza tale of a drug heist gone oh-so-very wrong. It’s not essential viewing, but it’s definitely what I needed in the moment.

​At this point, I have two hours until they start letting people in to the Gala. I want to make sure I get to the Princess of Wales Theater on the earlier side so that I can actually find the person with my ticket as opposed to getting lost in the chaos. I quickly finish the review of “Radioactive” in the Press Room and head back to the Airbnb to change into Gala attire. Apparently, I needn’t have bothered, as we enter nowhere near the red carpet and photo line, are seated way up in the Visa Screening Room’s balcony, and most of the other press seated with me are in their regular festival attire. I like dressing up, though, so I don’t mind. Even though we’re far away, the screen is large, so there’s no trouble seeing the film at all. Before it starts I talk to the people sitting next to me, one who works for Deadline and one who works for Ion Cinema. I feel both like I’m in the big leagues and like I’m a complete pretender as they talk about the terribly difficult time they had getting in to screenings at Cannes.

Finally it’s time for the film to start, and the Festival programmer quickly introduces the film’s director, Gabriela Cowperthwaite, who makes some thank yous and then introduces the film. It’s a bit strange to have her present the film and then show five minutes of commercials, but film festivals need money to operate and you’ve got to give those corporate sponsors something! It’s impossible for me to not compare “The Friend” to yesterday’s “The Sky is Pink”: Both are stories of a couple’s relationship that are told non-linearly and involve a family member dying of illness. “The Friend” is the quieter of the two, and I appreciate that it mostly avoids underlining its big scenes and themes. There’s something missing, though, and I’m not quite sure what. The lead performances, though, are fantastic, and Affleck, Johnson, and Segel get big applause when their names come up in the end credits, as does Cowperthwiate. The cast, along with the director, the screenwriter, and the author of the article that inspired the film, do a short Q&A after. They all mention how personal this film was to them, how much it made them learn and grow as human beings, and that very much comes through in the film.

A quick late dinner, and then it’s back to the room for the night. There are party invites and get-togethers galore, but I need to be up extra early again tomorrow to make sure I get in to see “Just Mercy,” which has just premiered to very strong reviews. Everyone will want to see it, and it’s screening early. So goodnight, Toronto! And thank you for another great day.