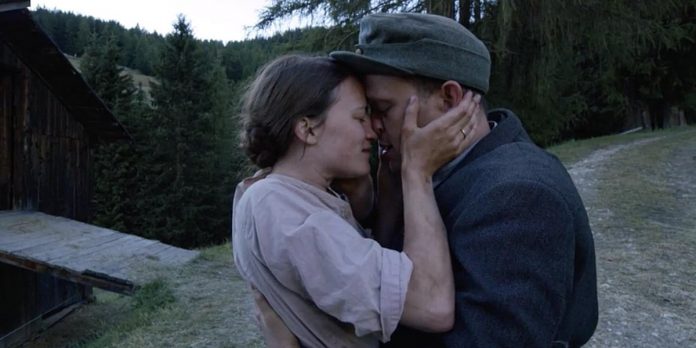 ​Over the past couple of weeks, my Inbox has been flooded with emails – press releases, inquiries about interviews, festival info, even a few party invites! There have been so many that I have barely had time to read them all! It’s been frustrating because it made me more aware of even more films that sound interesting that I simply won’t have time for during my five days at TIFF. Arriving Wednesday afternoon at the TIFF Bell Lightbox, a massive theater complex that includes a restaurant and a gift shop in addition to five screens, is like I’m entering Film Fantasyland, but it’s after I pick up my press pass and head to the Press & Industry Box Office at the hotel down the block that I feel like I’ve truly entered a different world. The Industry Centre is like my TIFF Inbox folder come to life, covered almost wall to wall in posters for films trying to get distribution, industry magazines out for anyone to take, food and drink… and lots of people milling about and chatting.

​I have some slots in my schedule to fill, so I try to fill them at the P&I Box Office. The staff is super friendly and very welcoming when I mention that it’s my first time at TIFF. I came prepared with a list in case certain screenings were sold out and I’m able to fill two of the three slots I needed to. The staff sing the praises of the Midnight Madness screenings, saying they’re tons of fun, but I know myself and I will be lucky if I’m able to stay awake for a screening that late AND get up early for the next morning’s screenings. I’m content with what I have for now.

The next day, the festival screenings begin. I arrive half an hour early to my first screening of the day, Terrence Malick’s “A Hidden Life.” I always have trouble sleeping the first night in a new city, so I’m a little tired, which makes me nervous about this particular film. It is gorgeous to look at, and James Newton Howard’s score is just as beautiful, but the film is also repetitive as it flips back and forth between conscientious objector Franz Jägerstätter’s time in prison and his wife’s struggles at home. A half an hour could easily be cut and have the same impact, but I was still moved by the end. There is no applause when the end credits roll, and I see a few people skip out early, but I’m not sure if these are typical TIFF things or not.

I’m starving after that, so I grab a sandwich at the Scotiabank Theatre’s concession stands before my next screening, Ira Sachs’s “Frankie.” The Scotiabank is a pretty amazing multiplex theater, with several very well-stocked and reasonably-priced(!) concession stands as well as a bar area that is roped off for a “private event”. The stadium seating means that pretty much every seat in the theater is a good one, but I stick to near the aisles so that I can get out quickly at the end if I have to. “Frankie” is delightful from the very first frames, which feature Isabelle Huppert swanning around in her best resort wear and joking about how she doesn’t care if people take pictures of her swimming topless because she’s “very photogenic.” I laugh a lot, which is a nice change of pace for Sachs. The final shot is a thing of beauty, but I still have trouble keeping my eyes open.

​There is a long line that goes outside the building for one of my options for my next screening, Robert Eggers’s “The Lighthouse.” I get in line anyway but don’t make it in. It will open within a month in NYC anyway, so I only have a little bit of FOMO (“The Lighthouse” was one of three films at TIFF that I wasn’t able to secure public screening tickets for in advance, so clearly it’s a popular one). Instead, I go to the press room, have some coffee, and draft a review of “Frankie.” Then, it’s back to the Scotiabank for Priyanka Chopra’s return to the big screen. “The Sky Is Pink,” soon arriving at a Netflix queue near you, is an emotional roller coaster of a film; the story of a couple’s relationship told by their daughter, who has died of an immune deficiency that she was born with. It’s a well-calibrated tear-jerker that’s based on a true story, which probably helps with keeping everything feeling grounded and real. The evocative score hooks me from the first notes, and by the end, I have wiped away tears several times. But there’s no time to wallow because I have all of thirty minutes to grab dinner and get in line for my next screening!

“The Invisible Life of Eurídice Gusmão,” an adaptation of the novel by Martha Batalha, won the Un Certain Regard prize at this year’s Cannes Film Festival and was recently announced as Brazil’s submission for the Foreign Language Film Oscar. It’s easy to see why, as the film’s strong performances and engaging storyline wrap you up in the film in the way only the best melodramas can. I kept imagining what the Douglas Sirk version of this would be, which is high praise, trust me! I was primed for the legendary Fernanda Montenegro’s cameo in the film, but I was not expecting for her to be, essentially, filling the same role Vanessa Redgrave did in “Atonement” – playing an older version of the protagonist in the final chapter of the film, coming in to deal the final emotional sucker punch of the film. My roommate for the festival, Nathaniel Rogers of The Film Experience, and I couldn’t stop raving about the film afterward, even after the party, we stopped by (for “Red Penguins,” the new documentary by Gabe Polsky, who directed the similarly-themed “Red Army” a few years back).

All in all, a satisfying first day at my first film festival! The films got better and better as the day went on, which can only bode well for the rest of my time here. Can’t wait for day two!