“MISHA AND THE WOLVES” 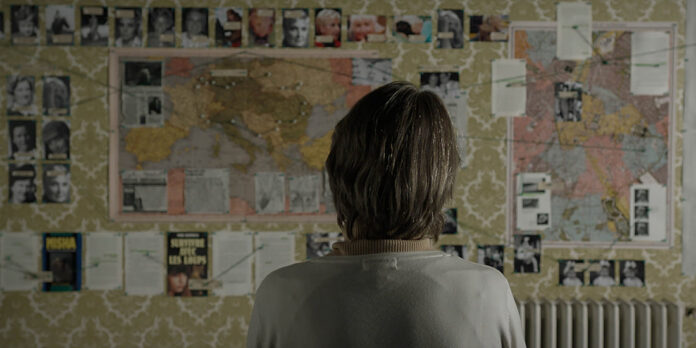 THE STORY – A woman’s dramatic memoir of surviving the Holocaust takes the world by storm, until a falling-out causes her publisher to investigate the veracity of her claims.

Often a documentary can get by with some less-than-inspiring filmmaking if its subject is interesting enough. “Misha and the Wolves” has such a story with twists and turns to spare. While its filmmaking may not stand on the whole, it does use the unique abilities of film to influence our perception of the truth in one specific way that floored me.

Misha Defonseca is a Belgian immigrant who made a new home for herself in small-town Massachusetts. In the early 1990s, she began to share her shocking story of how she survived the Holocaust first to her friends and fellow members of her Jewish community and later to an ever-expanding global audience once her memoirs had been published. She told of how she was sheltered by a strange family and masqueraded as a Catholic after her parents were taken away. Eventually, she decided to embark on a harrowing journey across Europe, searching for her parents in Germany. She later admitted that it was a naive plan, and she was unprepared for the horrors she encountered. But her expedition took a strange, almost magical turn when she encountered a wolf pack and managed to befriend them. Her story is obviously inspiring and almost too unbelievable to be true. Her publisher Jane thought that very thing after Misha became uncooperative and eventually sued Jane for withholding royalties. After Jane was found guilty and ordered to pay $22 million in damages, she began an investigation into the validity of Misha’s story that uncovered shocking revelations.

The examination into Misha’s past as detailed in this documentary is just as engrossing as the account of her time with the wolves. To tell its story, the film talks to both the people involved in the investigation and those who knew Misha personally. These interviewees are all introduced via title cards that introduce their relation to this true-life account in an almost Wes Anderson style, which helps to keep their respective roles in the story clear. It also helps that the people being interviewed are nearly all exciting and distinct real-life characters. Most notable among them are a no-nonsense investigator who’s repeatedly shown literally using string and pushpins to piece things together, and a Belgian genealogist who also survived the Holocaust and brings a sense of gravitas to the occasionally caper-like tone of the film.

This energy helps to move the film along at an incredible pace. The entire tale is told to the audience in the same way that a person would speedily recount an astonishing event in their life to their closest friends. I saw many documentaries at this year’s Sundance, and “Misha and the Wolves” might be the most consistently propulsive.

That’s not to say that it’s the festival’s most well-constructed documentary. The film manages to ride the strength of its compelling narrative without needing to feature much more than interviews, archival footage, and the occasional dramatic reenactment. However, it employs one stunning moment of filmmaking prowess that I honestly didn’t see coming. I won’t go into it, but I’ll just say that it uses the inherent trust that an audience brings to a documentary to its advantage in a way that forces its viewers to reflect on exactly why we believe the things that we do. It manages to recreate what I imagine it must’ve felt like for those closest to Misha to learn the truth of her story.

While “Misha and the Wolves” is a highly entertaining documentary, it’s also important not to lose sight of the genuine and horrifying events that Misha’s story is centered around. The film does this by explicitly reminding its audience that striving for accuracy and truth doesn’t necessarily undermine the stories of survivors but instead serves to honor the histories of those who can’t be here to tell it themselves.