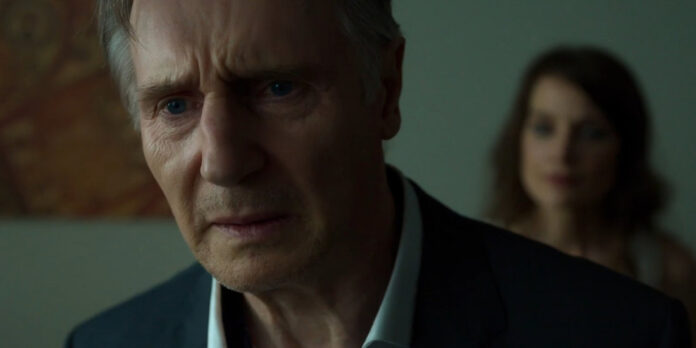 THE STORY – When Alex, an expert assassin, refuses to complete a job for a dangerous criminal organization, he becomes a target. FBI agents and Mexican intelligence are brought in to investigate the trail of bodies, leading them closer to Alex. With the crime syndicate and FBI in hot pursuit, Alex has the skills to stay ahead, except for one thing: he is struggling with severe memory loss, affecting his every move. Alex must question his every action and whom he can ultimately trust.​

​In 2020, Florian Zeller’s “The Father” redefined what a film about memory loss could achieve. In that Academy Award-winning film, Zeller masterfully crafts his narrative and filmmaking to allow the audience to share in the confusion that dementia creates. Played by Anthony Hopkins, we experience his character’s worsening dementia alongside him, forcing us to question what’s real and what isn’t, giving us a glimpse into what it’s like to experience this horrifying illness. It invites us to empathize with the character and experience something we may not have any personal knowledge of. Even actor Guy Pearce expertly explored this in the now modern classic psychological thriller, “Memento.” Unfortunately, Guy Pearce isn’t the one playing the character with memory issues this time around, and director Martin Campbell (“Casino Royale” & “The Foreigner“) doesn’t employ similar tricks as Zeller with his new Liam Neeson-starring action thriller “Memory.” Instead, what he creates is not even a run-of-the-mill assassination thriller because it fails to keep the audience’s attention by underdeveloping its themes and characters at every turn.

The film’s script by Dario Scardapane is a remake of the Belgian film “The Alzheimer Case,” which was based on the novel “De Zaak Alzheimer” by Jef Geeraerts. The story follows Alex Lewis (Liam Neeson), an aging assassin facing memory issues, making his job much more difficult. When he gets involved in a case that presents a moral problem that he can’t ignore (the murder of an innocent child), he decides to hunt down the people who hired him.

The idea of an assassin who struggles with revenge because his memory issues prevent him from connecting the clues is a very intriguing one that should’ve given Campell the ability to craft a mind-bending thriller. It seems like it might be enough to justify the making of yet another Neeson action film (something he’s been lazily content doing since his career renaissance role in “Taken”), but it doesn’t do much with its unique premise. In fact, the film spends so much of its time with FBI agent Vincent Serra (Guy Pearce), who is also determined to find those behind the murders that are occurring, that Alex is barely even the film’s main character.

What might be mistaken for intention early on becomes all too clear that this action film is shoddily constructed with a plot that is also too complicated to follow. Are we supposed to be just as confused as Alex? Maybe but it’s clear that without definable stakes, a clear protagonist, and an emotional throughline to latch onto, it all makes it challenging to keep track of what’s going on. On top of that, not much actually happens in “Memory” either, with bland action setpieces and little to no suspense in the story’s developments and twists. There are so many characters to keep track of that it’s nearly impossible to know who’s who, and the plot involving protecting a young girl from Mexico feels underdeveloped and misguided. Don’t let the marketing fool you. This isn’t even on the same level as Neeson’s more aggressively average action films as of late.

Aside from Neeson and Pearce, the rest of the cast – which includes Monica Bellucci, Harold Torres, Taj Atwal, and Ray Fearon – are not given much to do in the way of character. Pearce gives a solidly commendable performance considering the stumbles in filmmaking that need to be overcome. Still, for Neeson, it’s more a reminder of the better performances we’ve seen from him in this genre. In addition, every character is underwritten to the point of being completely uninteresting.

With little to offer in terms of plot, character, or action, the film commits another sin in feeling too long to sustain itself. By the time we finally learn something exciting about our main character in the third act, we’re already past the point of caring. If you’d like to see Liam Neeson in an action thriller, I’d recommend watching “Taken” instead. Even this year’s “Blacklight,” which wasn’t all that amazing, still has more to offer than “Memory.” Considering this is the same director who could deliver something as compelling as “The Mask of Zorro” or “GoldenEye,” it’s almost shocking to see an effort that throws away what could have been a fascinating exploration of aging, morality, and illness, and becomes a dull, underwritten mess in its place. I can assure you that I will not, and you probably won’t have any memory of this one after you’ve seen it.