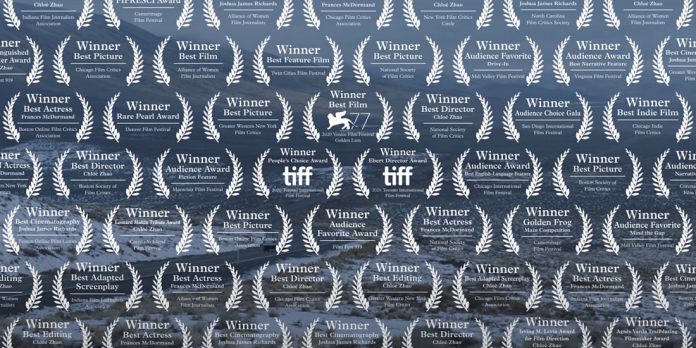 By Zoe Rose Bryant ​​
​
After the Hollywood Foreign Press Association, the Screen Actors Guild, and the Broadcast Film Critics Association all weighed in on the Oscar race over this past week, we’ve started to get a clearer sense of what films are in top contention to break into the Best Picture field on the morning of March 15th, when Oscar nominations will be announced.

At the moment, based on their performances thus far, most agree that there seem to be around 13 films vying for the 5-10 Best Picture slots at the Oscars. In alphabetical order, they are the following:

While critical praise isn’t essential to earning a Best Picture nomination (Hello, “Extremely Loud & Incredibly Close!”), it often helps a film’s Oscar chances if the majority of critics have given it their “seal of approval” as well. As such, at this juncture in the race, it seems like the time to assess the critical approval of each Best Picture contender listed above, seeing where they score on the two major review-aggregation websites – Rotten Tomatoes and Metacritic – and Letterboxd, the social networking service for film fans around the world.

As a reminder, each site uses different means to “grade” films. Rotten Tomatoes measures movies with their “Tomatometer,” representing the percentage of positive reviews for any given picture. A film will be designated with a “Fresh” status if 60% of the reviews recorded are positive, but if it falls below this 60% threshold, it will be deemed “Rotten.”

On Metacritic, the process is a bit more complicated. This site “carefully [curates] a large group of the most respected critics, [assigns] scores to their reviews, and [applies] a weighted average to summarize the range of opinions” on a specific movie. And by “weighted average,” Metacritic means that “some critics” are afforded “more importance/weight” in influencing the “Metascore” of a film, given their “quality and overall stature.”

Lastly, Letterboxd allows anyone to contribute ratings – not just hand-picked critics, as is the case at Rotten Tomatoes and Metacritic – and it also simply provides a film with a grade based on the average of the ratings (on a five-star system) submitted by every individual who has seen said film. There’s no additional interference as there is at Metacritic.

Rather than just relying on one site’s scores for this article, we believe that assessing each Best Picture contender on Rotten Tomatoes, Metacritic, and Letterboxd will give us a better sense of how these contenders are faring across-the-board with film critics and fans. Therefore, we will be providing a ranked list of all 13 contenders for all three sites, followed by a brief discussion of our findings. 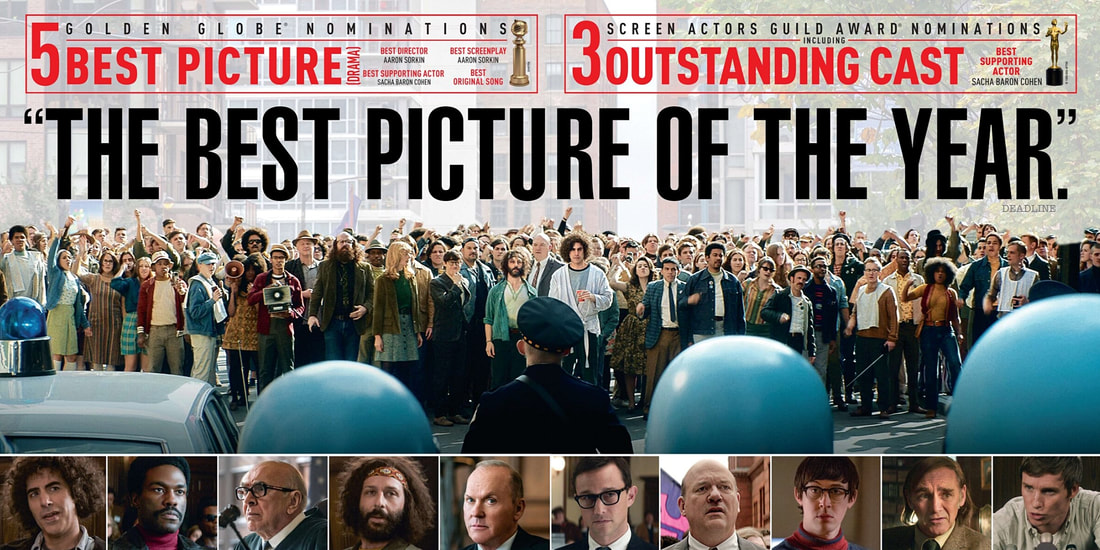 “The Father“ has the highest “Tomatometer” score of the bunch at the moment, but since only 52 reviews are recorded for it thus far, that score is sure to fluctuate closer to its February 26th release. Three Black-led, politically charged period pieces follow, like “Ma Rainey’s Black Bottom,” “One Night in Miami…” and “Judas and the Black Messiah” are all currently tied at 98%, while film fest favorites such as “Minari” and “Sound of Metal“ aren’t far behind at 97% and 96%, respectively. Pixar’s “Soul“ and critics darling “Nomadland“ sits at the middle of the pack currently – lower than one might expect for the latter, given its impressive awards haul. Spike Lee’s “Da 5 Bloods,” #FilmTwitter pick “Promising Young Woman” and Best Picture frontrunner “The Trial of the Chicago 7” all come in near the lower end of the list (but still above the 90th percentile), and Tom Hanks’ “News of the World“ is pretty close to crossing this line as well. Perhaps most shocking is that David Fincher’s “Mank“ – once the “film to beat” based on its on-paper pedigree – sits at the bottom of this ranking. However, when taking the film’s initial divisive reception into account, it makes sense that it may have acquired some more negative mentions.

Metacritic is where “Nomadland“ finds itself in first place, which is quite fitting since those who love it are very passionate in their praise, with little room for tempered reactions. “Minari,” which is almost equally as adored, is just a few points behind, tied with play adaptations “Ma Rainey’s Black Bottom” and “The Father.” Though “Judas and the Black Messiah” is a late entry to this list – with its review embargo breaking on February 1st – it still cracks the top five with an admirable Metascore of 85, while “Soul,” “One Night in Miami…,” “Da 5 Bloods” and “Sound of Metal“ are right on its heels. Below 80, we see “Mank” near the bottom once more, but thankfully, it’s not last place this time around. Oddly enough, “The Trial of the Chicago 7“ and “News of the World“ place 11th and 12th yet again, just as they did on the Rotten Tomatoes ranking. Finally, “Promising Young Woman“ seems to have inspired the most debate of the contenders amongst these critics (understandably so for those familiar with Emerald Fennell’s fiery feature debut), earning the lowest score of the bunch with a still admirable 72.

Letterboxd helps us see what contenders the moviegoing public at large are enjoying most, and at the moment, there are six with scores above 4.0. “Minari“ and “Judas and the Black Messiah” are tied at an average rating of 4.2 for the time being (though the latter will continue to receive more reviews after its HBO Max release and could trend up or down in the weeks to come), while “Soul,” “Sound of Metal,” “Nomadland” and “The Father“ all sit at 4.1, in that order. Given the effusive praise for “Promising Young Woman“ on social media, one might expect the picture to place a bit higher here, but 7th place and an average rating of 3.8 is still nothing to scoff at. Up next, we see a series of timely tales with tragic ties to today, as “One Night in Miami…,” “The Trial of the Chicago 7,” “Ma Rainey’s Black Bottom” and “Da 5 Bloods” occupy 8th through 11th place. While all seem respected, they may not have the intense “love” of Letterboxd users that is located elsewhere. Finally, “Mank” finds itself near the bottom of yet another list, though, thankfully, it avoids last place, which goes to “News of the World“ – a film many seem to regard as “fine” if not particularly “Oscar-worthy.”

Conclusion
Given that each site assesses their “scores” differently, it’s quite interesting to note that no film was placed first or last on more than one list. More often than not, the contenders frequently fluctuated. Still, “News of the World“ was the most consistent of the bunch, placing 12th on both the Rotten Tomatoes and Metacritic lists and last on the Letterboxd list – which seems to add evidence to the hypothesis that this is the year’s “meat-and-potatoes” studio contender that satisfies Oscar voters more than critics.

For what many are predicting to be our Best Picture frontrunner at the moment, it is remarkable that “The Trial of the Chicago 7” never placed higher than 9th on any list, even if its scores were still mostly solid. Its main competition, “Nomadland,” fared a bit better but it didn’t dominate the lists the way one might expect, given how cherished it is by critics. One final takeaway must be directed towards the strong showing for “Judas and the Black Messiah” – sure, this contender still has a lot to prove after missing Best Picture nominations at the Golden Globes and the Critics Choice Awards (and a Best Ensemble nod at the SAG Awards), but it’s off to an impressive start.

While we wait to see how the late-breakers (“Judas and the Black Messiah” & “The Father“) continue to fare as the season goes on, these early findings at least show us that we’re headed towards a line-up free of nominees with more mixed critical reception such as “Bohemian Rhapsody” (RT – 61%, MC – 49), “Vice” (RT – 65%, MC – 61), “Jojo Rabbit” (MC – 58), or “Joker” (RT – 68%, MC – 59). For the most part, quality is relatively consistent all-around, with little space separating each contender’s scores on each site assessed.

What do you think is going to win Best Picture? Do you believe any of these scores matter what does or does not win? If so, how? Let us know your thoughts in the comments section below or on our Twitter account. Check out the Next Best Picture team’s Oscar predictions organized by each category here.