Is “Succession” Too Young To Win Best Drama Series? 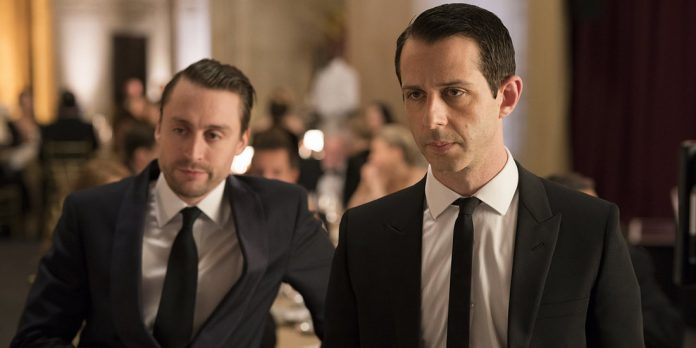 ​​At the top of the 2020 Primetime Emmy nominations was HBO’s “Succession” with 18 nominations. The series tied with Netflix’s “Ozark” for most nominations for a Drama Series. As we turn our attention from predicting nominees to winners, “Succession” looks to keep the Drama Series crown at HBO. But should “Succession” win, it would be for the earliest season of all of HBO’s previous series winners.

HBO has previously had two series winners on both the Drama and Comedy side. Both the reigning winners, “Game of Thrones” and “The Sopranos,” had to wait until their respective fifth seasons. On the comedy side, “Sex and the City” won for its third season, and “Veep” wasn’t victorious until its fourth. This makes HBO’s average winning season lucky number four. Does “Succession” have to wait two more seasons? Or can it win for its second season? “Succession” won Best Drama Writing (for “Nobody Is Ever Missing”) and Best Original Main Title Theme Music for its first season, but for its second season, they didn’t just receive 18 Emmy nominations – it over-performed. They received the much needed Best Drama Casting, Best Drama Writing (“This Is Not for Tears”), and two Best Drama Directing nomination (“This Is Not for Tears” and “Hunting”). They proved to have the needed below-the-line support receiving Best Production Design for a Narrative Contemporary Program (One Hour or More), Best Original Dramatic Score, and two Best Drama Single-Camera Editing nominations. But after its cast was overlooked last year, they received a whopping nine acting nominations: two for Best Drama Actor for Brian Cox and Jeremy Strong, Best Drama Supporting Actress for Sarah Snook, three in Best Drama Supporting Actor for Kieran Culkin, Matthew Macfadyen, and Nicholas Braun, Best Drama Guest Actor for James Cromwell, and two Best Drama Guest Actress nominations for Cherry Jones and Harriet Walter. It’s the nominations for Walter and Braun that few saw coming. Considering all of the above, “Succession” is the drama series that over-performed.

​Then there’s “The Crown” – not to be underestimated with 13 nominations. “The Crown,” like “Ozark,” was arguably the 2018 runner-up to “Game of Thrones” with three big wins: Best Drama Actress for Claire Foy, Best Drama Directing (“Paterfamilias”), and Best Drama Casting. The series will now compete for its third season with an entirely new cast. This year, “The Crown” received the critically necessary Best Drama Casting, Best Drama Directing (“Aberfan” and “Cri de Coeur”), and Best Drama Writing (“Aberfan”). And while it may have fewer nominations, it could rack up its third win for Best Period Costumes, second win for Best Cinematography for a Single-Camera Series (One Hour), and Best Production Design for a Narrative Period or Fantasy Program (One Hour or More). The series will look for its first win in Best Period and/or Character Hairstyling, Best Original Dramatic Score, and Best Sound Mixing for a Comedy or Drama Series (One Hour). The series only received two acting nominations: Best Drama Actress for Olivia Colman and Best Drama Supporting Actress for Helena Bonham Carter. But that may be deceptive as both Colman and Bonham Carter are possible favorites to win. The mix of below-the-line support and potential acting wins makes “The Crown” formidable.

What ultimately helps “Succession” is the HBO factor. HBO only has to campaign for “Succession” while Netflix will have to campaign for not only “The Crown” and “Ozark,” but also “Stranger Things.” That could be what tips the race in “Succession’s” favor. What do you think is going to win the Emmy for Outstanding Drama Series this year? Let us know your thoughts in the comments section below or on our Twitter account.