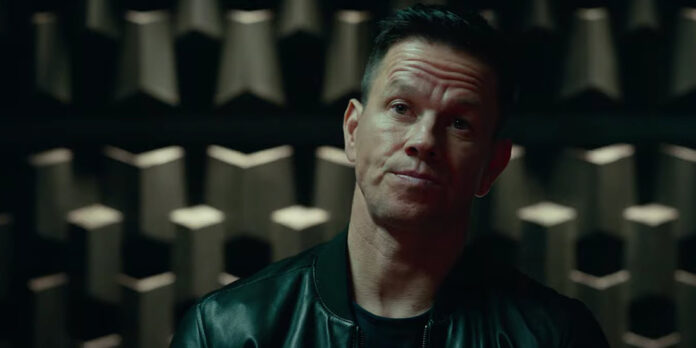 THE STORY – The hallucinations of a schizophrenic are revealed to be memories from past lives where he obtained talents that he still has to this day.

​​Have you ever picked up a new hobby, and things just clicked right away? One where no one has ever shown you how to do it before, but somehow every step feels natural, almost as if you’ve been doing it your whole life? Perhaps it’s you finding “your thing,” or maybe you have been doing it your entire life – just not exactly in this life.

In the latest Paramount+ movie, “Infinite,” Evan McCauley (Mark Wahlberg) has been seeing weird hallucinations all his life – the film starts with him being awakened by a violent car chase that seems so real, except it’s not him driving (or so we think) – and he seems to have a knack for some ancient hobbies, such as sword making. But how could this be? As far as he knows, he’s only lived this one life, and at no point has anyone taught him how to craft a deadly weapon. He was diagnosed with schizophrenia at a young age, and his visions were brushed off as part of a mental illness.

Soon, he meets a secret group called the Infinites. These people have a powerful gift to recall their past lives and the memories they’ve accumulated over centuries, which seems to explain all the hallucinations Evan has been witnessing. However, others who have this gift of reincarnation believe it’s a curse, and Ted Murray (Chiwetel Ejiofor) wants to stop the endless cycle by ending all of humanity. The only way to stop him is if Evan remembers secrets from his past life.

“Infinite” makes a fine action film that a lot of people will enjoy. Simply put, there’s a group of good guys trying to stop a bad guy from destroying the world. We’ve seen that formula time and time again, but the concept of past lives is interesting. Often we’re made to believe that training alone turns someone into a crime-fighting, bad-guy-slaying machine, but sometimes that seems too unbelievable. With the help of past lives, it’s no wonder why some people are built differently and can withstand butt-kicking after butt-kicking. The concept made the story much more intriguing, especially as Evan and the group try to figure out something from his previous life that literally could mean life or death for humanity. The stakes are high, and the only thing getting in the way is Evan’s mind, which has taken several beatings over the years.

The film could have benefitted from more backstory and moments from those past lives. The opening scene with the car chase, which features Dylan O’Brien as Evan’s past self Heinrich Treadway, is basically the only moment from Evan’s past life that we ever fully see. Yes, Evan is the main character, and yes, this scene is crucial, but it would have been interesting to get a deeper look at what has led these characters to be the people they are today. Aside from this scene, there are “blink, and you’ll miss it” moments from past lives sprinkled in the film. Evan and the other Infinities are who they are for a reason; why not explore their pasts a little more? This also led to O’Brien being very underutilized. His few scenes are thrilling and suspenseful but lack their full potential and excitement.

Aside from that, the film does a good job of setting up key moments that are visited later on to help the group in their search. The cast is also very strong. Wahlberg is a natural action star who can do these roles in his sleep, but he still brings his charm to the screen. Ejiofor is great as the villain who will stop at nothing to bring everyone down. Sophie Cookson shows she’s a badass, while Jason Mantzoukas surprises us with a more toned-down, albeit still lighthearted, “all-knowing” brain enthusiast.

“Infinite” has all the elements you’d find in almost any action film. It just slightly misses the mark by not going all in and fully immersing the viewer in its reincarnation concept. But it manages to keep the story fresh all the same. ​