“If Movies Were Racehorses…” – The Honest Truth About The Oscars 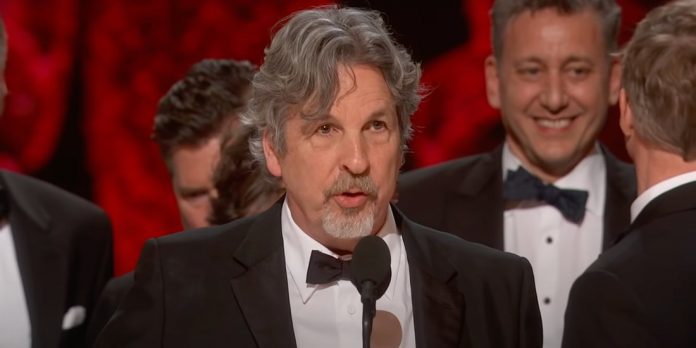 On January 8th, 2021, the trailer for Sam Levinson’s highly anticipated film “Malcolm & Marie” dropped. Filmed on black & white 35 mm during the summer of 2020 while adhering to strict COVID-19 protocols, the film was bought for $30 million by Netflix and is set for release on February 5th. Per Netflix, the plot is as follows: “As a filmmaker (John David Washington) and his girlfriend (Zendaya) return home from his movie premiere, smoldering tensions and painful revelations push them toward a romantic reckoning.”

Within hours of the trailer’s premiere, the conversation from both major and minor film outlets centered around the film’s likeliness to affect or even upend the “Oscar race.” That is, professional critics and amateur cinephiles began to consider the film’s award prospects before its actual release, specifically focusing on the actors’ potential of Oscar nominations/wins. For years, especially now, with the advent of social media that allows film lovers to converse with one another at the drop of a trailer, we have started counting our little gold men before they hatch.

In addition to these premature predictions, a film’s Oscar-winning potential is often brought up simultaneously in discussion with its artistic achievements, treating them as synonymous: “the cinematography was beautiful, it deserves to win;” “her performance was striking, she deserves to win;” “what an electric script, it deserves to win.” I think we (and I include myself in this generalization) have reached a point where we cannot think of movies at all outside of the context of their award-winning potential. In some cases, the critic may personally see past the idea of the Oscars as arbiters of merit but still uses it as a descriptor to indicate greatness. Even small or foreign films that have no chance whatsoever are categorized, even if subconsciously, by their anti-Award appeal. In the eyes of the film critic, professional or amateur, there are two types of films: those that are nominated for/win Oscars and those that are not. Why do we feel an obligation to discuss award prospects in tandem with a film’s quality? Why do we hold a particular award in such high regard that has a vast history of questionable choices and disappointment?

The act of awarding art, specifically the performed arts, is as old as the medium itself. Throughout the fifth century B.C., prizes were given out for the best tragedy and comedy at the Dionysia, a major festival in ancient Athens. Such notable winners of the top prize were the great tragedians Aeschylus, Euripides, and Sophocles. Perhaps in a year when Euripides won, proponents of Sophocles’ work swore against the legitimacy of the festival, that is until Sophocles won the next year.

The glaring fact of the matter is that there is no quantifiable way in which to call something as subjective as cinema “the best.” For some reason, we have allowed ourselves to be dictated by an award ceremony that so often leaves us unsatisfied. We use the term “snub” to explain away the times Oscar has made the “wrong” decision as if it is an anomaly. If we look too closely, we may find that it is, in fact, the norm. I can’t go through every Best Picture winner and offer my unprofessional opinion about what should have won, but some years are downright baffling.

​The first ceremony that took place in 1929, honoring the films of 1927/28, took place over the span of fifteen minutes (no commercials, I guess) and gave the top prize to two films: “Wings” for Outstanding Picture and “Sunrise: A Song of Two Humans” for Unique and Artistic Picture. The Unique and Artistic Picture category was dropped the next year, and “Wings” was retrospectively considered the winner of the night’s top prize. This is the beginning of Oscar’s continuous trend of mistakes. “Sunrise: A Song of Two Humans” is deemed by many (including myself) to be one of the greatest films of all time, while “Wings” deserves respect for technical innovation but is relatively forgettable.

The next decade would produce similar head-scratchers. The 1930’s, a fascinating decade of cinematic innovation both in America and abroad, a decade that saw the worst years of the Great Depression and the infancy of the Second World War, awarded Outstanding Picture to several bloated period pieces with little modern significance (“Cimarron,” “Cavalcade,” “The Life of Emile Zola” & “The Great Ziegfeld”). A similar occurrence would befall the 1980’s, the decade of prophetic science fiction, chilling horror, and seductive neo-noir, all looked over in favor of historical dramas that are practically asking to be called “stuffy” (“Chariots of Fire,” “Gandhi,” “Out of Africa,” “The Last Emperor” & “Driving Miss Daisy”). The early 2000s has produced several bewildering winners such as “Gladiator,” “A Beautiful Mind,” “Million Dollar Baby” & “Crash.” If these were the best films of their respective years, it must have been a dark time for cinema.

For filmmakers and film watchers, one’s loyalty to Oscars fluctuates on a yearly basis depending on the recognition or lack thereof of one’s favorite film of that given year. This contradiction may even take place within a single ceremony, such as when Spike Lee leaped on stage to accept his Best Adapted Screenplay Oscar for “BlacKkKlansman” and then tried to leave the venue when “Green Book” was awarded Best Picture (a win that still has my head spinning). My own faith has greatly varied over the past four years. I celebrated “Moonlight’s” win with zeal and jumped on the bandwagon of vilifying “La La Land” for daring to be its most worthy competitor. I was greatly underwhelmed by the win of “The Shape of Water” and, as previously mentioned, was downright flabbergasted by that of “Green Book.” I made a literal proclamation that I would not watch the Oscars ever again, only to be sucked back in by the celebration and win of “Parasite.” When it suits us, we (again, myself included) like to think of ourselves as better than the Oscars. And when it suits us, we like to think of Oscar as “learning” and “making progress.” So often, we place the blame on the film’s themselves, deeming certain crowdpleasers that use traditional film practices “Oscar bait.” Such a classification is a gross underestimation of our own role in the awards process. Films wouldn’t feel a need to conform to the award-winning sensibility if we did not place so much importance upon winning awards in the first place. The fault, dear reader, is not in the films but in ourselves. A film can only serve as bait if we are willing to bite.

Supposedly, M.G.M. producer and perpetual bogeyman Louis B. Mayer first conceived of the awards to coax his underlings into producing his preferred type of cinema. I am not suggesting that we get rid of the Oscars. Admittedly, I get misty-eyed during the incoherent montages that take up much of the ceremony’s near four-hour runtime and I rewatch Sidney Poitier’s Best Actor speech for “Lillies Of The Field” on a regular basis. If the Oscars did not exist, and if we did not give them as much attention that we do, it is possible that filmmaking, as an art form, would start to lose cultural relevance. What I am suggesting is that we change the way we talk about the Oscars, that we refrain from referring to nominations and wins like divine declarations of greatness, or solemnly lament the lack of an Oscar as a loss. I suggest that we wait until a film’s release before speculating about its odds. In summary, we need to stop talking about movies the same way we talk about racehorses.

​So what do you think? Do you agree with my feelings towards the Oscars? Let us know in the comments section below or on our Twitter account.

Share
Facebook
Twitter
Copy URL
Previous article
The Next Best Picture Podcast – Interviews With “One Night In Miami” Star, Kingsley Ben-Adir & Cinematographer, Tami Reiker
Next article
The Paths To best picture For “The Trial Of The Chicago 7”