How The 2019 BAFTAs Could Impact The Oscar Race 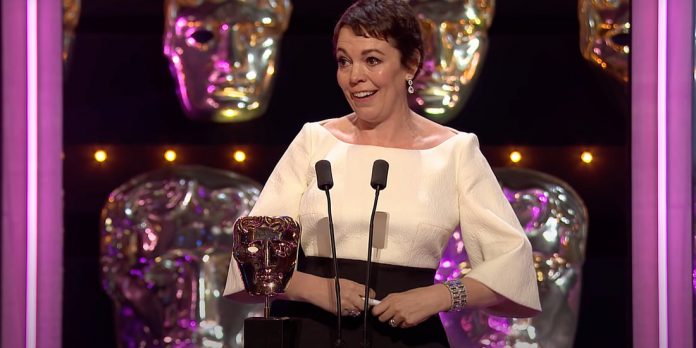 We’re less than two short weeks away from the Academy Awards, and almost all of the precursors are behind us. Plenty of categories are still up in the air, even this close to the ceremony. Yesterday, the BAFTAs were awarded, giving us some last minute insight into how the Oscar winners might turn out. A few frontrunners were solidified, some races remain unclear, and even one or two dark horses kept their chances alive. Let’s take a look at how the BAFTAs might’ve impacted the Oscar race.

​Let’s start at the top: while “The Favourite” won seven awards including Best British Film, it was “Roma” that took Best Film. We’re truly seeing the strength of Netflix’s film now. Defeating “The Favourite” at the BAFTAs is a big sign that we shouldn’t underestimate “Roma” at the Oscars. It was already the front runner, but a few others are right on its heels, like “Green Book” and “BlacKkKlansman.” Though there are plenty of reasons that might’ve played against “Roma” winning, I’m finding few reasons to bet against it. Cuaron also won Best Director, Cinematography, and Foreign Language Film, all categories you should confidently predict it to win at the Oscars.

In the acting categories, the BAFTAs reinforced two Oscar locks and gave hope to two underdogs. Rami Malek won Leading Actor for “Bohemian Rhapsody,” solidifying his position to take home the Oscar. While plenty may hope it goes another direction, the odds are slim. Mahershala Ali won Supporting Actor for “Green Book.” The BAFTAs were the one place where Richard E. Grant could have gotten some much-needed attention. He’s been charming his way through the awards circuit, and if he could’ve snagged a major award, this would’ve been the one. In the end, Ali appears unstoppable, ready for his second Oscar in three years.

On the other hand, the Actress categories aren’t quite so clean cut. Two of the ladies from “The Favourite” won here, with Olivia Colman winning Leading Actress and Rachel Weisz winning Supporting Actress. Despite Colman being a beloved British actress, Glenn Close was still the favorite to win here and lock up the Oscar. Instead, Colman shook things up. Close’s status as long overdue for an Oscar should still propel her to a win, but it wouldn’t be a shock for Colman to sneak in at the last second.

Weisz’s win is even more interesting. Best Supporting Actress has been a conundrum all season. Pre-season, most assumed Amy Adams would cruise to an overdue win. Then “Vice” proved somewhat divisive. Regina King started winning everything instead. Then she missed a Screen Actors Guild nomination. Then Emily Blunt won SAG over Adams. It’s a mess. Rachel Weisz winning BAFTA could be a sign of clearing things up for us. It all lines up with the way in which Best Supporting Actor fell in 2015. Rylance’s somewhat surprising BAFTA win foreshadowed his Oscar win. Though it’s not a straightforward lock, my money’s on Weisz.

“Vice” won Best Editing here, which could help clear up that race at the Oscars as well. With “First Man” being a major player in the craft categories, and “Bohemian Rhapsody” inexplicably overperforming, it was beginning tough to maintain “Vice” as our editing champion. A win here helps give a little more confidence in predicting it.

“A Star Is Born” won Best Music, while not nominated for Original Score at the Oscars. That, along with the Critics’ Choice and Golden Globe going to Justin Hurwitz for “First Man,” who also wasn’t nominated for the Oscar, the category is a mess. “If Beale Street Could Talk” or “Black Panther”? Precursors don’t help much now. Best Picture nominee vs. critics’ favorite. Flip a coin. Similarly, Hair & Makeup went to non-Oscar nominated “The Favourite,” which doesn’t help us figure that one out.

“BlacKkKlansman” won Adapted Screenplay, hopefully maintaining a lock on that Oscar win. “Free Solo” won Best Documentary. It’s a battle between that and “RBG” for the Oscar win, but it’s possible “RBG” didn’t connect with British audiences as strongly as in America. “Spider-Man: Into The Spider-Verse” won Animated Feature, and is the safe bet for the Oscar win. Still, Disney’s a powerhouse in the Academy, and “Incredibles 2” could still take home the gold.

As a whole, the BAFTAs gave us some good indicators for where the Oscars might land in two weeks. There’s still plenty more conversation and second-guessing to be done over these fourteen long days, but this tumultuous awards season is almost wrapped up. Stay tuned here for more awards coverage and stats as we prepare for the big day.​

In the meantime, be sure to check ut our Oscar predictions and let us know your thoughts in the comments section below or on our Twitter account.