How Is The 2021 Oscar Race For Best Picture Going To End? 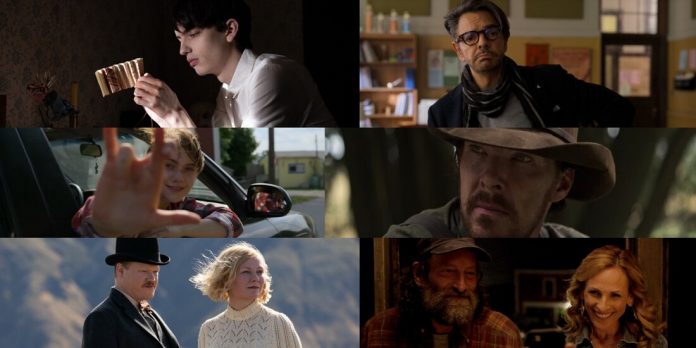 ​With one fell swoop cast by the Producers Guild of America, “The Power of the Dog” lost its Best Picture lead that it had built since September 2021 all in one night. Now with just days to recover before the Oscars on March 27th, all the momentum and all the storybook Cinderella narratives are in “CODA’s” favor, despite its historic disadvantages elsewhere. Yet despite having just three Oscar nominations, no DGA nomination, and almost no Best Picture wins of any kind until this final stretch, “CODA” has now turned “The Power of the Dog” into the last-minute underdog of this race. However, if “CODA” could really win Best Picture in a way that nothing else has in modern history, then “The Power of the Dog” winning after a PGA loss on a preferential ballot doesn’t seem so unbelievable. In fact, there is much more recent precedent for a Best Picture winner to rebound from a PGA loss, even if it hasn’t happened that often in this era.

Since the preferential ballot system was enacted in 2009, only “Spotlight,” “Moonlight,” and “Parasite” have won Best Picture after losing at the Producers Guild. Technically, “12 Years a Slave” somewhat counts as well, given that it only shared the PGA prize with “Gravity” in 2013. Leaving that aside, “The Power of the Dog” can still take some comfort in recent history, as it is now trying to do what half the Best Picture winners of the last six years already did. However, it hasn’t exactly taken the same path as its would-be predecessors so far.

When “Spotlight” was the first to buck the PGA trend in 2015 fully, it was somewhat in the same position “The Power of the Dog” was for much of the season. Like “The Power of the Dog,” “Spotlight” was the critical frontrunner for most of the year until the guilds weighed in, starting with “The Big Short,” surprising it at the PGAs. Yet it was “The Revenant” that emerged as its biggest threat at the very end, as its wins in Best Director and Best Actor seemed to seal the deal for a Best Picture triumph – at least until “Spotlight” went from frontrunner to last-minute underdog to Best Picture winner after all.

Ironically enough, “Spotlight” bucked history in the same way “CODA” is trying to do now, since “Spotlight” was the first Best Picture winner in several decades to win just one other Oscar besides Best Picture. But in an extra bit of irony, “The Power of the Dog” might well join “Spotlight” in that rare group if it wins for just Best Picture and Best Director only. Unless it holds off “CODA” in Best Adapted Screenplay or takes one of the pre-recorded technical awards, that may be its only path to victory at this point.

If “The Power of the Dog” does hold on, it will be the “Spotlight” of 2021 no matter how it wins, in how it built such a big lead in the early part of the season that not all of it was lost at the end. It could also resemble how “12 Years a Slave” narrowly held on in 2013, as it lost a lot of its early-season advantage to “Gravity” and looked more like an underdog than a favorite right before the final envelope was opened. But despite late wins and momentum for both “Gravity” and “The Revenant,” they fell just short at the finish line in the same way “The Power of the Dog” hopes that “CODA” will.

Of course, other near-season-long favorites that got upset at the PGA weren’t so lucky at the Oscars, like “The Social Network” in 2010, “Boyhood” in 2014, and “Roma” in 2018. By that pattern, every four years, “The Power of the Dog” may well be due to join that club, especially since its other members all got caught by more populist fare as well. While “CODA” isn’t precisely the same as “The King’s Speech,” “Birdman,” and “Green Book” and might not appeal to the exact same demographics, it has rallied late with much of the same results if not the same methods. Even so, not every late surging challenger has finished the job in this era.

If this is a “Spotlight” or “12 Years a Slave” kind of season, it may well still favor “The Power of the Dog” as it has since the beginning. However, the last two Best Picture winners to overcome a PGA loss were “Moonlight” in 2016 and “Parasite” in 2019. And if anything, “CODA” is following in their footsteps at the moment, with the glaring exception of winning the PGA award that those two couldn’t.

In 2016, “La La Land” was basically the equivalent of “The Power of the Dog,” except that it actually won the PGA to go along with its DGA and BAFTA wins. Yet despite that, “Moonlight” was the underdog that surged late among industry voters and rode its groundbreaking representation and unparalleled narratives to a victory unlike any that came before it. In fact, it did what “CODA” is now poised to do, in using a Best Supporting Actor and Best Adapted Screenplay victory to lay the groundwork for a Best Picture capper.

In 2019, “1917” was basically the equivalent of “The Power of the Dog,” except it also won the PGA to go along with its DGA and BAFTA wins. Yet despite that, “Parasite” was the underdog that surged late among industry voters and rode its groundbreaking representation and unparalleled narratives to a victory unlike any that came before it. In fact, it did what “CODA” is now poised to do, in coming from behind in two above-the-line categories to set up a Best Picture victory – only “Parasite” did it in Best Director and Best Original Screenplay.

Nonetheless, many will and have pointed out that the PGA is a far more accurate barometer for Best Picture than Film Twitter and critics are (obviously). In many years, that has most certainly been true, which was especially frustrating to many when the likes of “The King’s Speech,” “Argo,” “Birdman,” and “Green Book” won the PGA before their highly debated Best Picture wins. To many, a “CODA” Best Picture win would be just as infamous, yet the PGA probably made at least some of those detractors resigned to such an outcome. But while the PGA has been considered to be a reliable Oscar bellwether, it is not a foolproof one.

Technically, the PGA has only gone .500 in predicting the Best Picture winner these last six years. In that context, the odds of the PGA getting it right this year are literally a coin-flip – which is pretty much what “The Power of the Dog” and “CODA” are at this point. In fact, now that “CODA” has won the PGA, SAG, and WGA after “The Power of the Dog” took the DGA, BAFTA, and the Golden Globe, the Oscars are now directly poised to break the tie between them.

Still, when it comes to Best Picture winners who lost the PGA first, the very most recent history does not favor a film like “The Power of the Dog.” As it stands, the most recent history of the last few weeks doesn’t favor “The Power of the Dog” either, in spite of its own recent wins at the DGA and BAFTA. To that end, more than a few have likely declared the race is “CODA’s” to lose now, citing the PGA and its preferential ballot as the big sign for an Oscar repeat. But as “The Big Short,” “La La Land,” “1917,” and even “Gravity” can attest, no two preferential ballots are exactly the same.

If “CODA” completes its comeback in a few days, it will be a historic rally on par with those of “Moonlight” and “Parasite,” even if it won’t be received in the same way. But if “The Power of the Dog” manages to hang on, it will be an achievement on par with “Spotlight” and “12 Years a Slave” – two other movies that nearly gave up a season-long lead at the PGAs and at other precursors, yet somehow found a way to win at the last second like everyone first expected after all.

What do you think is going to win Best Picture? What Oscars do you think both “CODA” and “The Power of the Dog” will go home with? Please let us know your thoughts in the comments section below or on our Twitter account and be sure to check out the Next Best Picture team’s latest Oscar predictions here.