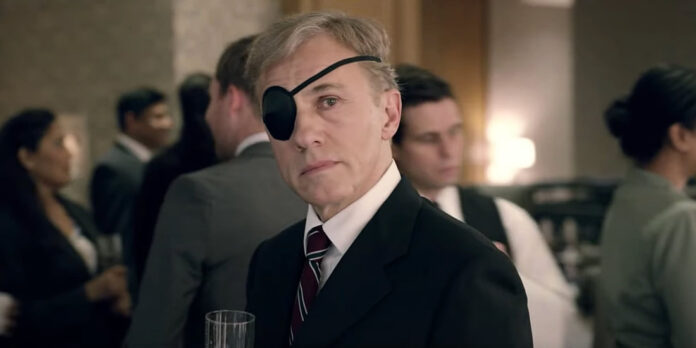 THE STORY – An eccentric and smooth-talking social climber who seems to have everyone in Washington, D.C., wrapped around his finger is investigated after his wealthy, well-connected and much older wife turns up dead in their home.

​​A social climber with forged credentials, married to a woman decades his senior and suspected of her murder. It’s an intriguing character, so it’s no surprise that Christopher Waltz chose to play the role himself in his new crime film, “Georgetown.” Unfortunately, Waltz’s directorial debut doesn’t live up to the drama of the true events that inspired it. The film is based on Franklin Foer’s New York Times Magazine article, “The Worst Marriage in Georgetown,” but it fails to capture the intrigue and thrill of the murder of socialite and journalist Viola Herms Drath by her much younger second husband, Albrecht Gero Muth.

Written by David Auburn, the film initially premiered at the Tribeca Film Festival in April 2019. When it takes a movie this long to be released, there’s typically a reason. Perhaps the one for “Georgetown” is that it’s a remarkably unengaging film, considering its source material. Despite its talented cast, the film can’t figure out the right tone for the story. It comes across as too light and is missing any sense of intrigue. The mystery of whether Ulrich Mott (the stand-in character for Muth) killed his wife is non-existent.

Set in DC, the film hops around chronologically, looking both at the aftermath of the murder of Elsa Brecht (Vanessa Redgrave) and going back to the beginning of her relationship with Ulrich. Ulrich is essentially little more than a con man, determined to use the elderly Elsa’s money and connections to get him a hand in foreign policy through his phony NGO. Despite warnings from her daughter Amanda (Annette Bening), former journalist Elsa is charmed by Ulrich and happy to help him with his goals.

Elsa is undoubtedly the most interesting character in the film, and Redgrave plays her with a refreshing bit of spunkiness. Bening has much less to do as Elsa’s Harvard professor daughter who suspects that Ulrich is the one who murdered her mother. Ulrich is the sort of shifty character that Waltz has played before, but it’s a performance lacking the kind of charm that might make us understand why Elsa married him. The performance gets more animated by the end of the film, but it fails to make us sympathize with his cons or even truly understand them.

The film isn’t helped by having unremarkable filmmaking. The courtroom scenes are bland, and the non-linear style doesn’t entirely work. The titles that divide up the film, with names like “The Butler” and “The Truth,” don’t add much to the story or the audience’s understanding.

“Georgetown” ends on a somewhat ambiguous note that, rather than being thought-provoking, sort of feels like Waltz simply gave up on the film. Perhaps there’s something to be said about those who have no credentials getting involved in US politics and foreign policy and the obscurification of the truth; however, the film fails to address its own theme fully and drags on for far too long. “Georgetown” never lives up to the fascinating story it’s based on.