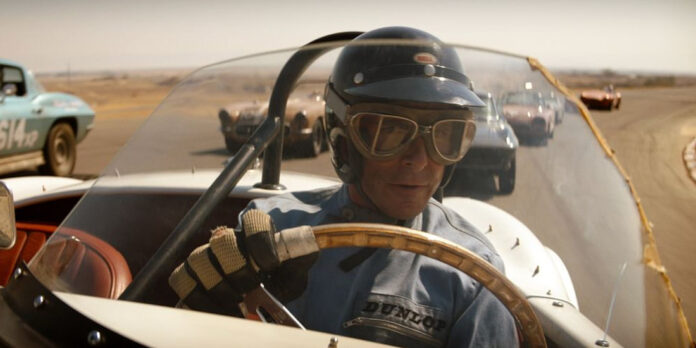 ​​​We all want to achieve greatness. Ken Miles (Christian Bale) asks his son if he can see the perfect lap, and he replies yes, Ken responds “most people can’t.” And that’s because greatness doesn’t come easily. It also doesn’t come without collaboration. And that’s the heart of “Ford v Ferrari.” A masculine, adrenaline-fueled film such as this from a big movie studio with big-name actors, is all about setting aside one’s own ego, in an effort to work together and achieve greatness. And I think James Mangold may have done just that with his latest film.

It’s 1963, and Henry Ford II (Tracy Letts) has failed to buy out Ferrari. Feeling insulted and wanting to establish a legacy to live up to his family name, he enlists the help of former race-car driver and now automotive designer and engineer Carroll Shelby (Matt Damon) to make the fastest car which will beat Ferrari. Shelby wants his friend, Ken Miles to be the one who races the car. Why? Because there’s no denying that he is the absolute best person for the job despite not playing well with others. Shelby continuously finds himself having to defend his friend being the one representing the giant motor company as the duo prepares for the 24-hour race against Ferrari at Le Mans.

With the camera placed low towards the pavement and moving at a breakneck screen with a roaring engine, Mangold immerses us into the world of racing, even if you’re like me and you’re not necessarily a car aficionado to begin with. His technical craftsmanship is impeccable here, with bright cinematography, crisp editing, ear bursting sound (the sound mixing on the engines are just to die for) and a wonderful score by Marco Beltrami that will have your heart racing when Miles and Shelby get to the 24 hour Le Mans race in France.

There are elements of danger involved in every race, including weather, the other drivers, mechanical failure and we care because Mangold’s film takes its time to develop its characters. The relationship between Miles and Shelby is one built on trust, talent and mutual respect and they are given depth and humanity by Christian Bale and Matt Damon. Bale may have the flashier role as the reckless and difficult to work with racer but Damon has his own big acting moments. Mostly because, it’s not so much about Ford v Ferrari but rather, this is a movie about these two men taking on the corporate suits who are trying to stop their progress at every turn. It’s in these moments, where Damon really shines as he stands up for his friend and puts his foot forward, all in the name of achieving something that has never been done before. It’s inspiring and emotionally engaging storytelling from the actors, who are backed by a terrific ensemble which includes an intimidating Tracy Letts as the all-powerful Henry Ford II and Jon Bernthal and Josh Lucas as the two Ford executives acting on opposite sides of the same coin towards the goal of beating Ferrari with Shelby and Miles. Despite this being a very masculine movie Caitriona Balfe has two good scenes as well, helping to round out this ensemble.

James Mangold has crafted an exhilarating piece of entertainment. Despite the very masculine turn-offs of a mostly all-male cast, doing macho things such as racing, dealing with cars, engines, pride, ego, and glory, he and his cast find the human moments which help to propel “Ford v Ferrari” past the finish line. It may run a little long but that extra length really helps to give this film more nuance and emotion than one would expect on initial glance, crafting a winner that teaches us the value of winning.