The Next Best Picture Podcast – “Carol” 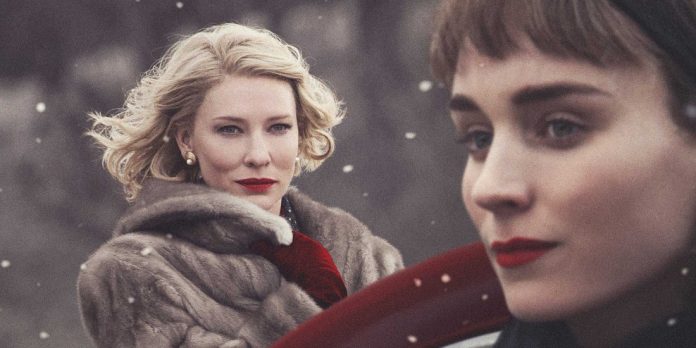 For this year’s Oscar off-season, we are taking a look back on the 2015 film year which was right before Next Best Picture launched. We asked the NBP Film Community to vote on 5 films nominated for Best Picture and 5 films nominated for Oscars other than Best Picture from that year to be reviewed on the podcast, exclusively for our Patreon subscribers. We already reviewed “Brooklyn,” “Sicario,” “Ex Machina,” “Room,” “Spotlight,” “Inside Out,” “The Revenant,” “The Hateful Eight,” “The Big Short,” and now we have come to the end of the series with our final review: Todd Haynes’ 2015 masterpiece “Carol.” Special thank you to the NBP Community for all of these 2015 retrospectives. We had a blast doing all of them and we hope you enjoyed them as well.

Wrongfully snubbed of a Best Picture nomination in 2015, “Carol” is a timeless love story between two women in late 1950’s New York with absolutely stellar performances from its cast, beautiful writing from Phyllis Nagy and exquisite craftsmanship from Todd Haynes. There’s so much to talk about with this one and here to help me do it I have Nicole Ackman, Dan Bayer, Casey Lee Clark, Lauren LaMagna and joining us as a guest for the first time ever is Sara Clements.